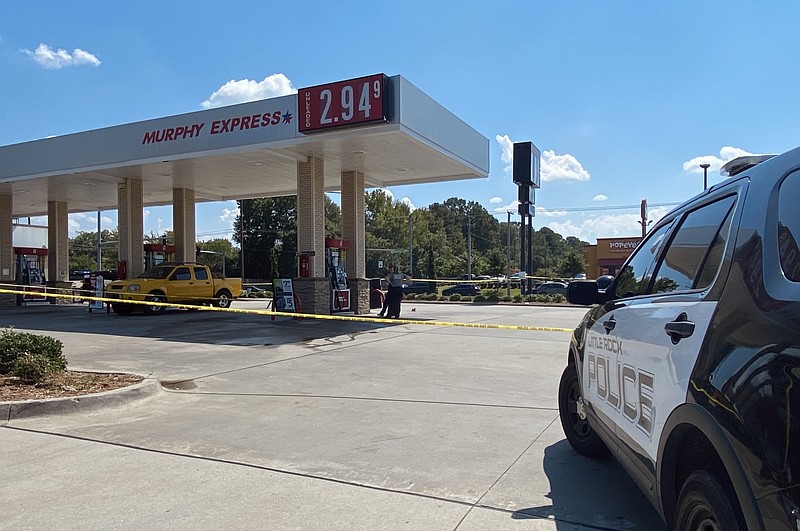 The Little Rock Police Department investigates the scene of a shooting at the Murphy Express near the intersection of Baseline and Interstate 30 Frontage roads on Sunday afternoon, Sept. 18, 2022. (Arkansas Democrat-Gazette/Staci Vandagriff)

A Little Rock man is dead after a Sunday morning shooting at a gas station on Baseline Road, police say.

Ernesto Olmos, 30, of Little Rock was transported to an area hospital where he died from his injuries, according to a tweet from the Little Rock Police Department.

Officers had responded to the shooting at Murphy Express near the 8800 block of Baseline Road at around 11:45 a.m. Sunday, according to an earlier Police Department tweet.

Police have asked anyone with information about the homicide to contact them at (501) 371-4829 or call the anonymous tip line at (501) 371-INFO. Tips can also be submitted through the “YourLRPD” app.