HIS AND HER HONORS, THE MAYORS: Mayors across state gather for golden anniversary 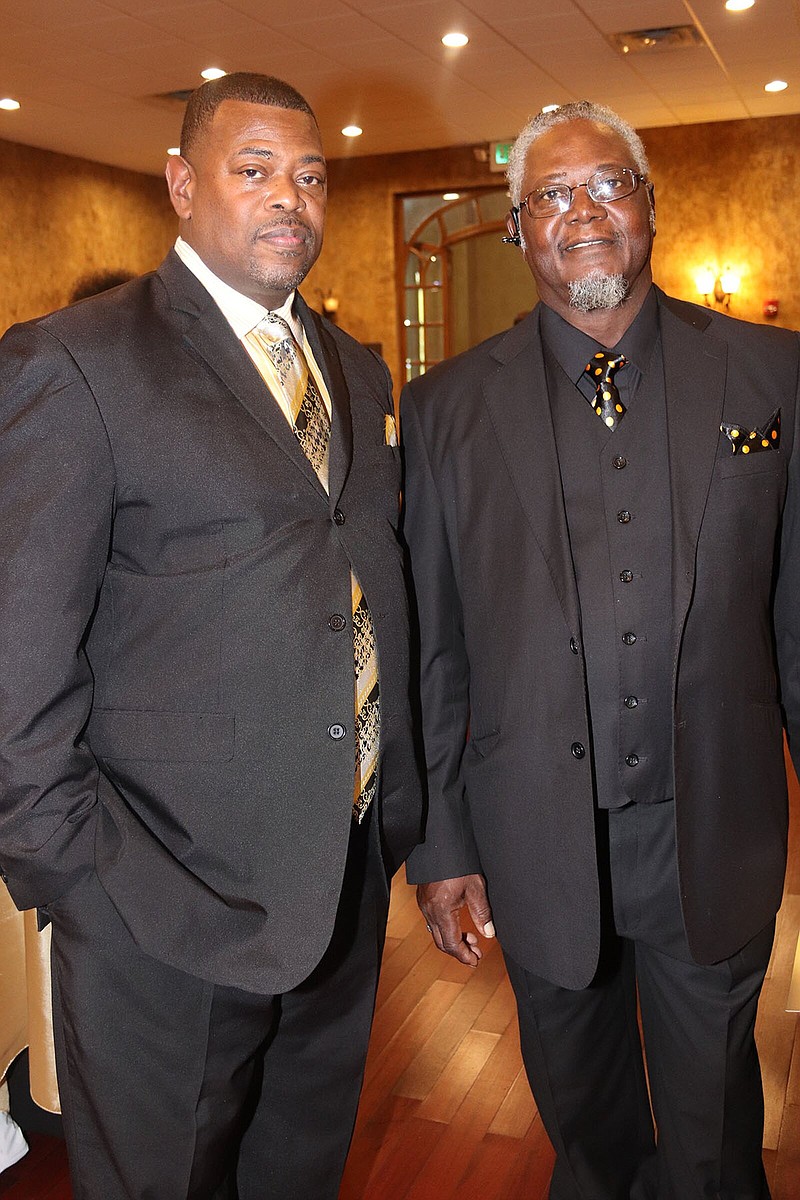 Heads of cities and towns across Arkansas gathered Sept. 10 at The Venue at Westwind in North Little Rock to observe the golden anniversary of the Arkansas Black Mayors Association. "Celebrating 50 Years of Leadership, Empowerment and Service" was the theme of the gala, which was preceded by a cocktail reception.

Gala guests, who included association partners, sponsors, elected officials and other special guests, enjoyed a down-home Southern buffet. The gala program -- steered by Stephanie and Myron Jackson and including entertainment by vocalist Genine LaTrice Perez -- featured a panel discussion of past and current mayors sharing memories and discussing the past, present and future of the association.

Founded in 1972, the Arkansas Black Mayors Association is a nonprofit charitable organization that serves multiple functions, including ensuring the welfare of the communities served by the mayors; enhancing the quality of life of those citizens; and exchanging ideas in areas of common concern and interest. The association currently consists of 58 mayors serving more than 461,000 Arkansans.