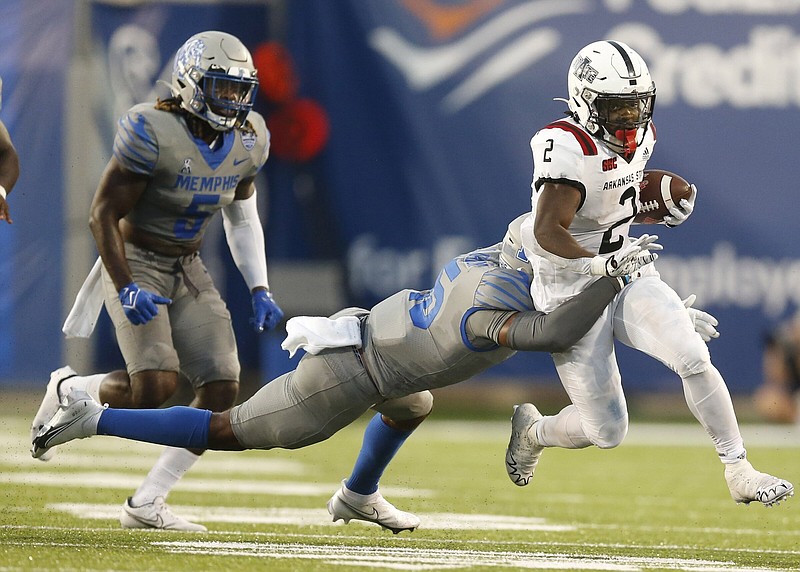 MEMPHIS -- With 1:20 remaining and Arkansas State facing fourth down just on the Memphis side of midfield, the volume inside Simmons Bank Liberty Stadium increased.

Quarterback James Blackman stomped his right foot, awaiting the snap with the game on the line.

But the ball never arrived, instead rolling 15 yards behind him. With it went just about any chance of a come-from-behind victory.

Jevyon Ducker's 39-yard touchdown run with just over two minutes to play capped a roller-coaster fourth quarter and lifted Memphis to a 44-32 victory in the 61st edition of the Paint Bucket Bowl on Saturday night.

The Red Wolves had dug themselves out of an 11-point deficit, grabbing a 32-31 lead on Johnnie Lang's 27-yard touchdown reception inside the final 4:30. Yet ASU's defense -- one that was all too frequently gashed by the Tigers in last year's 55-50 slugfest -- couldn't get off the field late and surrendered 218 yards on five plays.

"A game can come down to three to five plays and you never know which ... are going to make the difference between winning and losing," Red Wolves Coach Butch Jones said. "That's why your focus, your discipline to execute [and] your details are absolutely critical."

One of those catastrophic moments for ASU (1-2) came in the opening seconds of the fourth quarter.

Neither team scored in the third quarter after Memphis led 21-17 at halftime, turning a would-be shootout into a stalemate. That was until Tigers quarterback Seth Henigan hit Joseph Scates over the middle for a 51-yard catch-and-run touchdown.

The Red Wolves answered 76 seconds later, capitalizing on two Memphis penalties with Brian Snead's 7-yard touchdown run -- marking the first time an ASU player had rushed for multiple scores in a game since 2019.

A 2-point conversion pulled the Red Wolves to within 28-25 before Chris Howard's 47-yard field goal pushed the Tigers' advantage back to six points with 8:55 left.

After a disjointed third quarter that featured four punts and a turnover on downs, both offenses rediscovered some rhythm.

"We're a team that plays the entire four quarters, no matter what happens in the first, second or third," Blackman said.

The Tigers easily converted on fourth-and-6 from their 29 inside the final four minutes, with Henigan finding Caden Prieskorn -- who also grabbed two first-half touchdowns -- over the middle for 17 yards.

Yet, even after Ducker's go-ahead score and ASU's mistake-aided turnover on downs, the Red Wolves had one last gasp to keep the deficit to just one possession.

Instead, Memphis' Brandon Thomas scored on an 8-yard run with 57 seconds remaining, putting a bow on things and extending ASU's winless run at Memphis to 16 years.

"We had too many miscommunications, too many errors, too many alignment issues," linebacker Jordan Carmouche said. "We're going to get that fixed -- just us talking more [and] being more locked in."

Throughout Jones' first three postgame news conferences, "learning how to win" has been a common thread.

With an FCS opponent and a top-five foe atop the Red Wolves' schedule, Saturday long portended an early marker for ASU's season.

Even if the progress showed, winning requires coming out on the other side of the ledger.

"It just takes one game," Jones said. "Learning how to win, it kind of have a snowball effect -- been there, done that.

"It'll change because our kids work too hard." 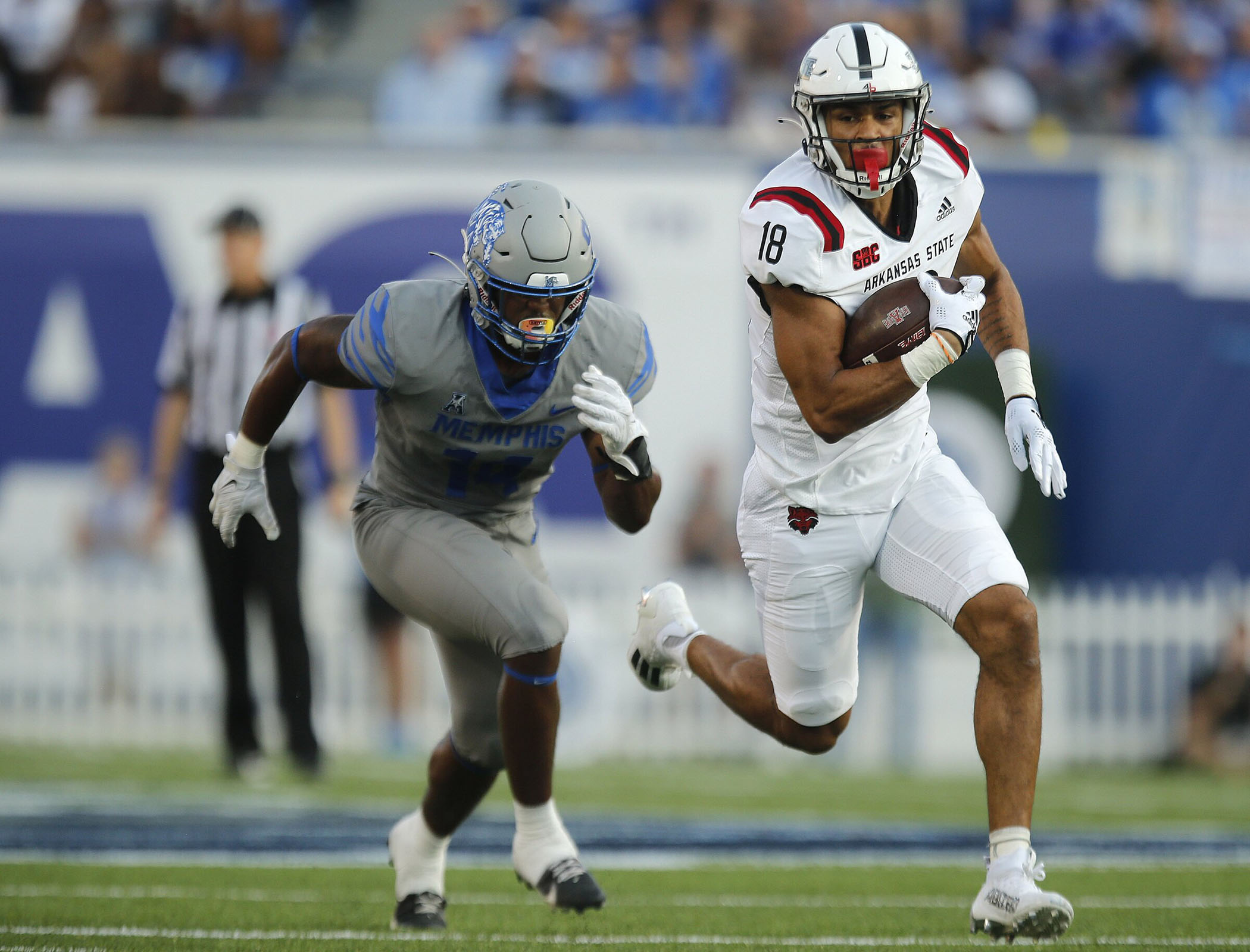