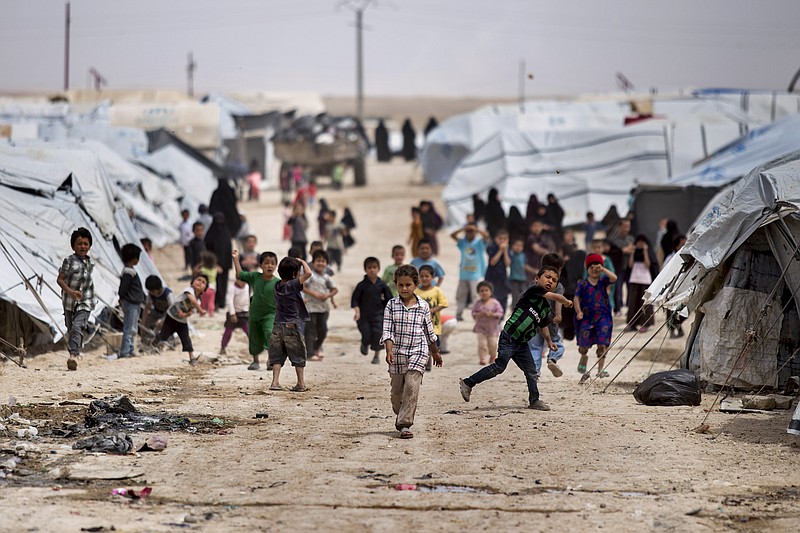 FILE - Children gather outside their tents, at al-Hol camp, which houses families of members of the Islamic State group, in Hasakeh province, Syria, May 1, 2021. U.S.-backed Syrian fighters said Saturday, Sept. 17, 2022, they have concluded a 24-day sweep at operation at a sprawling camp in northeast Syria housing tens of thousands of women and children linked to the Islamic State group. (AP Photo/Baderkhan Ahmad, File)

BEIRUT -- U.S.-backed Syrian fighters said Saturday they have concluded a 24-day sweep at a sprawling camp in northeast Syria housing tens of thousands of women and children linked to the Islamic State group.

Dozens of extremists were detained and weapons were confiscated in the operation at al-Hol camp, which began on Aug. 25, the U.S.-backed forces said. The force said two of its fighters were killed in clashes with extremists inside the camp during the operation.

ISIS sleeper cells preparing a new generation of militants -- boys and girls being fed extremist ideology to eventually try and set up a second so-called Islamic State caliphate -- were also uncovered, the statement by the Internal Security Forces said. It added that the operation was assisted by the U.S.-backed Kurdish-led Syrian Democratic Forces as well as members of the U.S.-led coalition.

The operation at al-Hol in the northeastern province of Hassakeh also led to the release of two Yazidi girls taken from Iraq as sex slaves years ago and four non-Yazidi women, who had been chained and subjected to torture.

"The operation was launched following the increasing crimes of killing and torture committed by ISIS cells against the camp residents," the statement from the U.S.-backed forces read. Since the beginning of the year, it added, the extremists have killed 44 camp residents and humanitarian workers.

The statement also stated 226 people, including 36 women, were detained in al-Hol -- widely seen as a breeding ground for the IS.

Some 50,000 Syrians and Iraqis are crowded into tents in the fenced-in camp. Nearly 20,000 of them are children; most of the rest are women, wives and widows of ISIS fighters.

In a separate, heavily guarded section of the camp known as the annex are an additional 2,000 women from 57 other countries -- they are considered the most die-hard IS supporters -- along with their children, numbering about 8,000.

"ISIS has depended mainly on women and children, as real resources related directly to the ISIS leaders, to maintain the ISIS extremist ideology and spread it in the camp," the statement said.

The camp was initially used to house the families of ISIS fighters in late 2018 as U.S.-backed Kurdish-led forces recaptured territory in eastern Syria from the militants. In March 2019, they seized the last ISIS-held villages, ending the "caliphate" that the group had declared over large parts of Iraq and Syria in 2014.

The United States and other nations have struggled to repatriate the families, but have had very limited success.

State news agency SANA, quoting an unnamed military official, said the strikes happened after midnight Friday, causing "material losses" as well. It added that some of the Israeli missiles were shot down before reaching their targets.

The Israeli army declined comment, saying it does not react to "foreign reports."

The strike on the Damascus International Airport came 10 days after Israel launched a missile attack Syria's Aleppo airport in the north that put it out of commission for a few days. It was the second attack on Aleppo's airport within a week.

Israel has carried out hundreds of strikes on targets inside government-controlled parts of Syria in recent years, but rarely acknowledges or discusses such operations.

Israel has acknowledged, however, that it targets bases of Iran-allied militant groups, such as Lebanon's Hezbollah, which has sent thousands of fighters to support Syrian President Bashar Assad's forces.

The Israeli strikes comes amid a wider shadow war between the country and Iran. The attacks on the airports in Damascus and Aleppo are over fears it was being used to funnel Iranian weaponry into the country.

Information for this article was contributed by Bassem Mroue and staff members of The Associated Press. 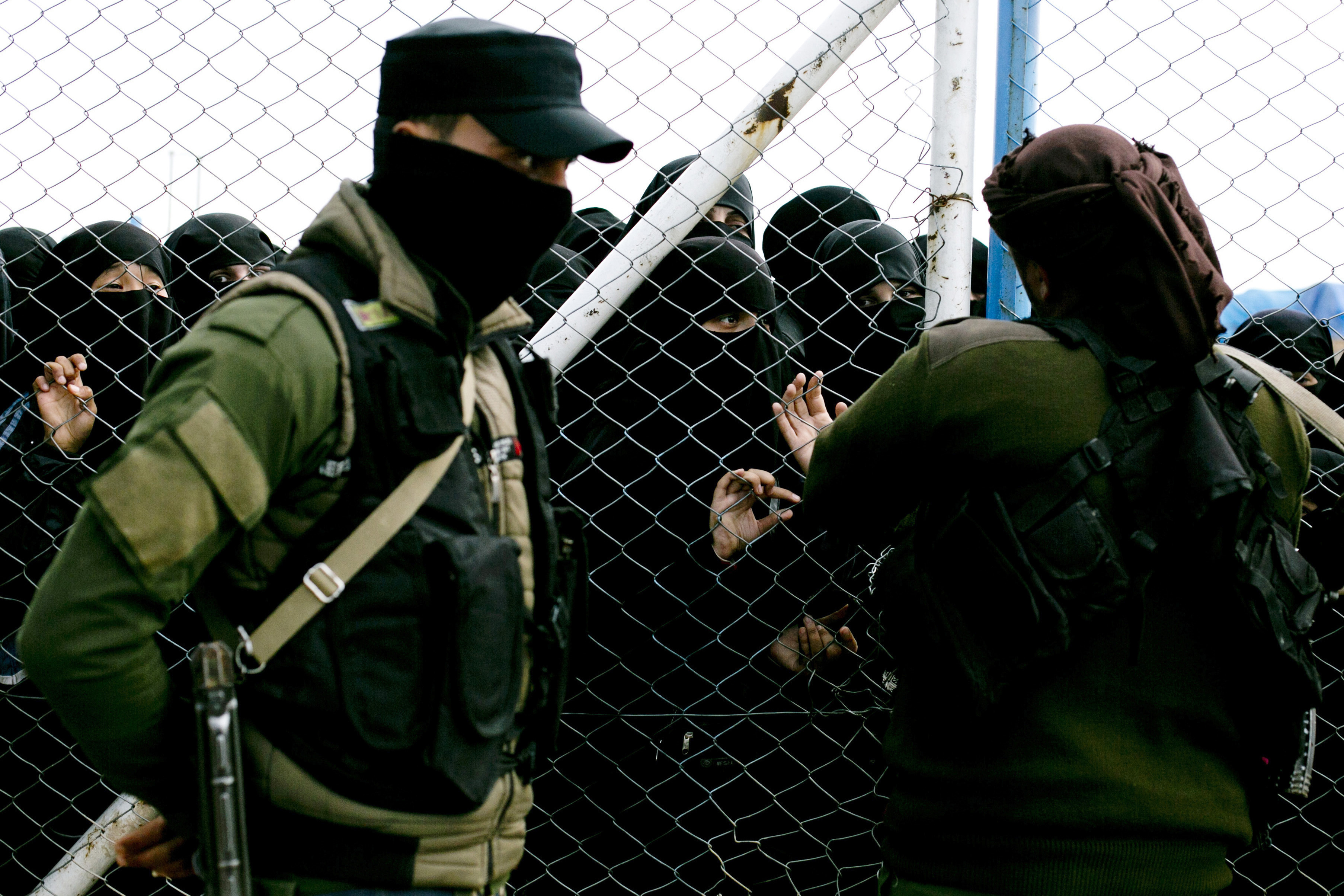 FILE - Women speak to guards at the gate that closes off the section for foreign families who lived in the Islamic State's so-called caliphate, at Al-Hol camp in Hasakeh province, Syria, March 31, 2019. U.S.-backed Syrian fighters said Saturday, Sept. 17, 2022, they have concluded a 24-day sweep at operation at a sprawling camp in northeast Syria housing tens of thousands of women and children linked to the Islamic State group. (AP Photo/Maya Alleruzzo, File) 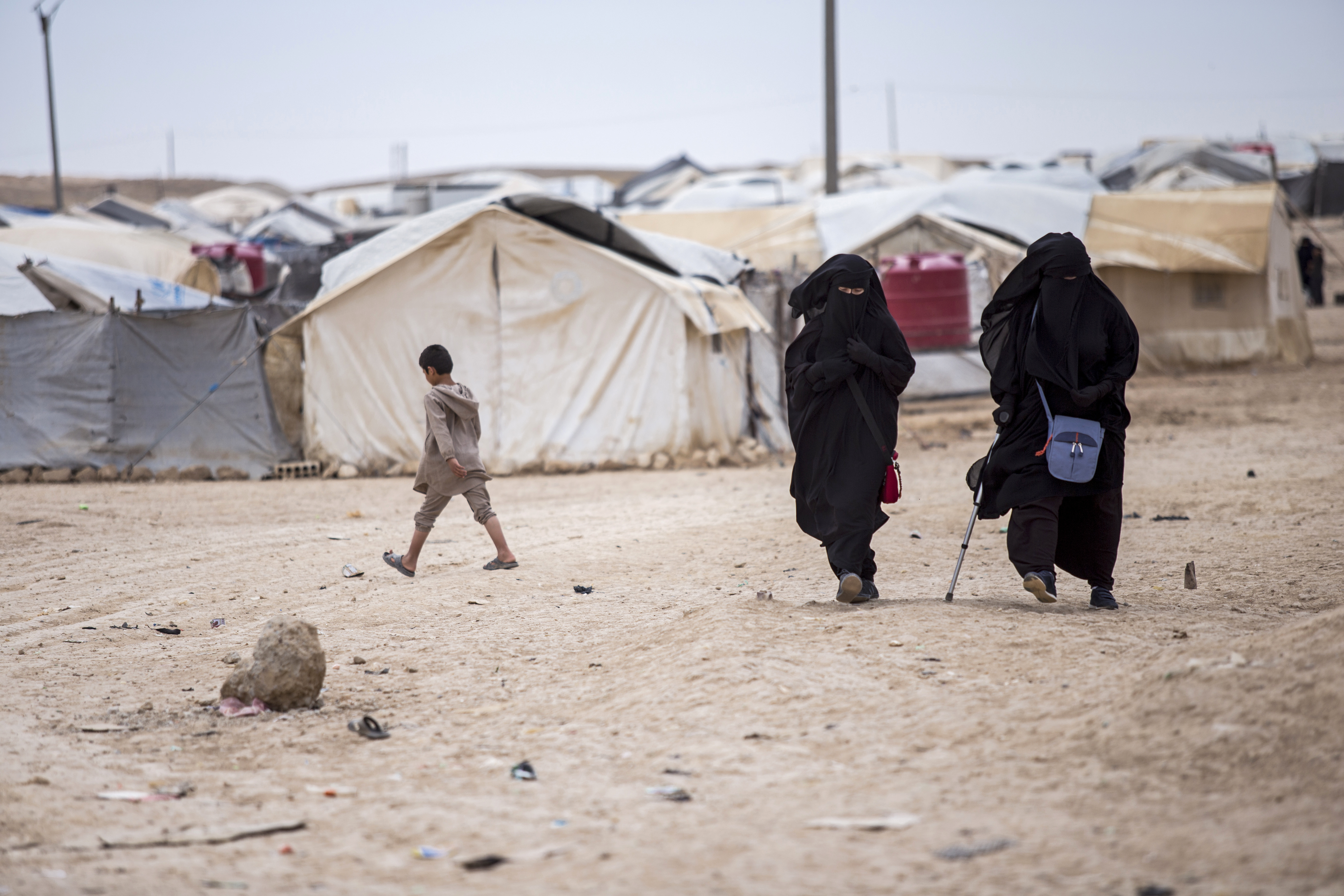 FILE - Women walk in the al-Hol camp that houses some 60,000 refugees, including families and supporters of the Islamic State group, many of them foreign nationals, in Hasakeh province, Syria, May 1, 2021. U.S.-backed Syrian fighters said Saturday, Sept. 17, 2022, they have concluded a 24-day sweep at operation at a sprawling camp in northeast Syria housing tens of thousands of women and children linked to the Islamic State group. (AP Photo/Baderkhan Ahmad, File)