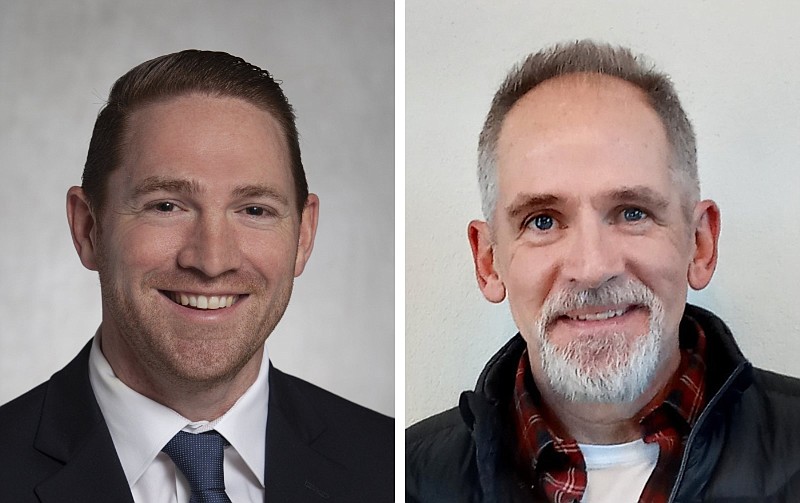 Republican Tyler Dees of Siloam Springs faces Libertarian Doug Peterson of nearby Prairie Grove. No Democrat entered the race. This contest is the first bid for office for either candidate.

District lines were redrawn last year after the 2020 U.S. census. Most of what is now District 35 is currently represented by Sen. Jim Hendren, I-Sulphur Springs. Hendren didn't run for reelection. Dees won the three-candidate Republican primary in a June 21 runoff.

District 35 starts at the state line in the north and extends along the western state boundary in Benton County to as far south as the Murrow community in Washington County. The district extends far enough east to take in portions of western Fayetteville.

"Everything I do I want to filter through the word of God and the Constitution," Dees said. "I want Arkansas to continue to be the number-one pro-life state in the country, and I want fiscal responsibility in government."

Dees wants to reduce government restrictions and increase the say of parents in their children's education, he said.

The state will need to expand foster care and support adoptions and crisis pregnancy centers, Dees said. Such support is consistent with the state's anti-abortion stance, he said.

One of his goals is to help farmers and ranchers in the largely rural district, Dees said. Material for fences, for example, is not included in the exemptions for farmers from state sales taxes, he said. The state also charges fees for every sale of livestock, a fee other states do not charge, he said.

"It's a small amount but it's a nuisance," he said.

"Both major parties are more interested in being edgy and controversial than in governing," he said. "This tribalism and division is exactly what we don't want."

Constituents of District 35 want lower taxes and protection of individual rights, according to him. For instance, occupational licensing requirements in Arkansas are too strict, he said.

"This district is dominated by its rural, agricultural interests," Peterson said. "The larger towns like Siloam Springs and Farmington dilute that slightly, but it's still rural. The residents here want school choice for their kids and the freedom to live like they want."

"I'm not an anarchist," Peterson said. "I like roads. I like public schools. I just support the limited government concept."