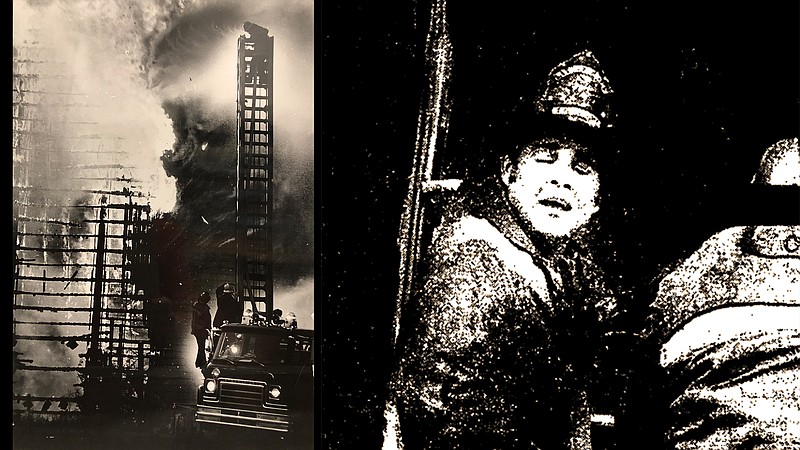 In 1961, the Arkansas Amusement Co. spent $250,000 to erect a sprawling new attraction for automobile users on the site of the decade-old Riverside Drive-In in Little Rock.

The resulting Razorback Twin Drive-In was big when it opened in June 1962 at 2700 Cantrell Road. It had two 80-by-40-foot outdoor screens decorated with a University of Arkansas Razorbacks theme -- Wild Hog and Big Red. It had 10 employees, parking for about 900 cars, and a two-story, 70-by-30-foot concession house that held a cafeteria, the projection room, public restrooms, the manager's apartment and air-conditioned ramp-seating for 250.

The 15-acre drive-in also had free patio seating, a small motor-driven merry-go-round, a chainlink-fenced playground with swings and slides, and what the trade journal Boxoffice called an "eye-catching, zig-zag enclosure." The journal noted that the "attractive accordion-like fence of sheet metal," painted in alternating, 4 ½-by-8-foot red-and-white sections had widely spaced V-crimps or grooves that created "a horizontal paneled effect." (See Page 6 of the Modern Theatre section at arkansasonline.com/919box.)

During ensuing decades, drive-ins fell from favor until, abandoned by fans, the Razorback Twin closed. The last in a long string of B-movies played there in September 1980. It was "Prom Night," starring Leslie Nielsen and Jamie Lee Curtis. Tagline: "If you're not home by midnight ... you won't be coming home!"

The twin screens had been dark for nine months when arsonists attacked. Photographer Clay Carson, who shot this photo, remembers that not much seemed to be happening in the Arkansas Democrat newsroom on the afternoon of June 18, 1981, so the fire report drew him, Mark Baldwin and several other photographers. They found 18 firefighters laboring in choking smoke. Police closed a westbound lane of Cantrell for two hours during the battle.

Two transients were charged with arson, and the loss was estimated at $20,000.

The land was owned by the Roman Catholic Diocese of Little Rock, which had leased it to Bruce Burrow, a Jonesboro developer, who planned to demolish the buildings anyway. A year later construction began, and today's Riverdale Shopping Center rose from the ashes of the drive-in.