Europe’s central bank to use climate scores in bond-buying 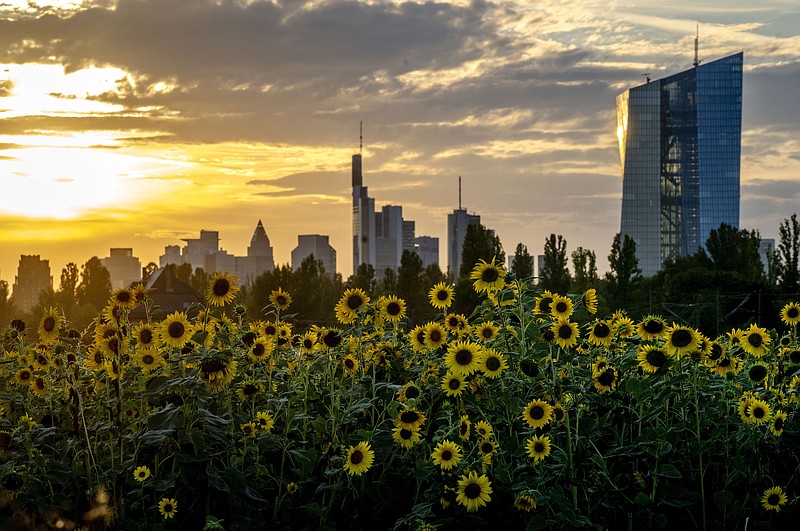 FRANKFURT, Germany -- The European Central Bank said Monday that it will give corporations climate scores before it buys their bonds and that it intends to prioritize those doing more to reveal and reduce greenhouse gas emissions, filling in details of its efforts to help Europe meet its environmental goals.

The Frankfurt, Germany-based central bank for the 19 countries that use the euro said it was taking the step to support the European Union's climate goals. The companies' scores would measure progress in reducing past emissions, plans to reduce them in the future, and completeness of reporting the amount of greenhouse gases they are emitting.

The central bank bought corporate bonds as part of its past economic stimulus efforts to lower longer-term interest rates. Those programs have ended, with the bank now reinvesting the proceeds of maturing bonds and using the climate scores in deciding on bond holdings. The bank says it will buy more from companies with better scores and in theory support their ability to borrow at lower rates.

Its primary mandate is not the environment but controlling inflation in the eurozone, a task that it is trying to achieve by raising interest rates. However, it can pursue other goals -- such as supporting the general economic policies of the EU, which include fighting climate change -- if that doesn't interfere with fighting inflation.

The bank specified that it would apply the climate criteria only to the proportion of bonds in its portfolio, not to the volume of its purchases, which would continue to be determined only by monetary policy considerations.

Both the European Central Bank and the Bank of England have taken climate change into account more than the U.S. Federal Reserve, which has made modest steps to incorporate climate concerns into its regulatory framework. The U.S. central bank, which is expected to raise its key rate by a substantial three-quarters of a point for the third consecutive time this week, faces criticism from congressional Republicans who say the issue is not part of the Fed's purview.

"The ECB's plan means continued support to fossil fuel firms that are doing the most damage to both the environment and inflation," said Paul Schreiber of the Paris-based climate advocacy organization. "Instead of showing that it is up to face the current twin climate and cost of living crises, the central bank keeps on contributing to the EU's fossil fuel dependency and fails to support its clean energy transition."