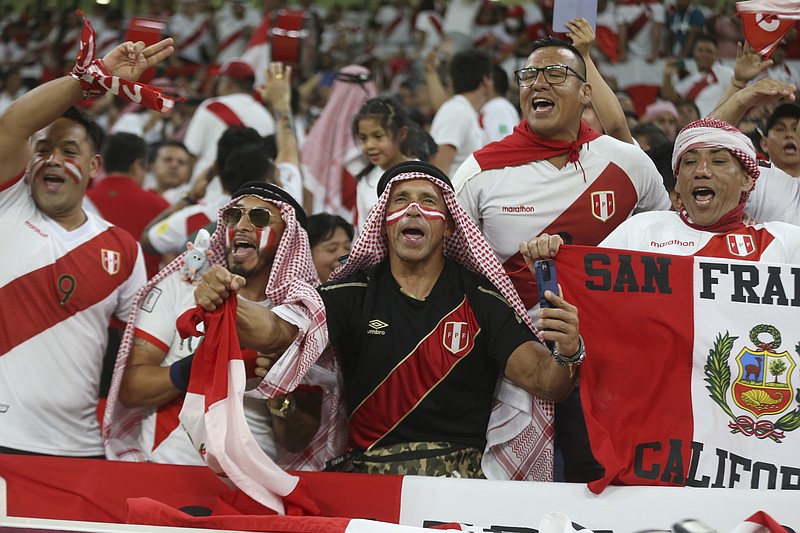 BERLIN -- Qatar's ambassador to Germany was urged Monday to abolish his country's death penalty for homosexuality at a human rights congress hosted by the German soccer federation two months before the Middle East country stages the World Cup.

"I'm a man and I love men," Minden said. "I do -- please don't be shocked -- have sex with other men. This is normal. So please get used to it or stay out of football. Because the most important rule in football is football is for everyone. It doesn't matter if you're lesbian, if you're gay. It's for everyone. For the boys. For the girls. And for everyone in between.

"So abolish the death penalty. Abolish all of the penalties regarding sexual and gender identity. The rule that football is for everyone is so important. We cannot allow you to break it, no matter how rich you are. You are more than welcome to join the international football community and also, of course, to host a big tournament. But in sports, it is how it is. You have to accept the rules."

Al Thani was to be given a chance to respond later, though his comments were to remain off the record. Only the opening 90 minutes of the federation's congress were broadcast to the public and no journalists were invited to the event.

Federation spokesman Steffen Simon said it was not the organization's decision to hold the majority of the congress off camera, but "We received a clear request from some participants that they would like to discuss these matters internally with us. They did not want to discuss in public. We respected that."

Qatar's laws and society have come under increased scrutiny in the past decade.

Major General Abdulaziz Abdullah Al Ansari, a senior leader overseeing security for the tournament, previously told The Associated Press that rainbow flags could be taken from fans at the World Cup in Qatar to protect them from being attacked for promoting gay rights.

Al Ansari insisted that LGBTQ couples would still be welcomed and accepted in Qatar for the World Cup despite same-sex relations remaining criminalized in the conservative nation.

Before Minden spoke Monday, Al Thani complained to the congress that the issue of human rights was diverting attention from the tournament.

"We all care about human rights," Al Thani said. "But I would have enjoyed [it] more if I saw some concentration not only on just one subject, but the enjoyment of football and the football effect on people around the world."

The ambassador referred to the last World Cup in Russia, its invasion and takeover of Crimea in Ukraine, and human rights abuses in that country, "and there was not focus, neither from Germany, neither from any country in Europe."

Al Thani said Qatar abolished the controversial kafala system that required migrant workers to have a sponsor, a system that left many workers vulnerable to abuse and exploitation, and that the country had introduced a minimum working wage and a compensation fund for workers to make claims of rights abuses.

"Yes, we are not perfect. We are not claiming we are perfect, but it's a journey that we will write," Al Thani said.

The ambassador invited soccer fans to go for themselves to "enjoy the football, see the different cultures," and meet with migrant workers once they get there.

"Bayern Munich has been spending the last four or five years coming for a winter camp in Doha," Al Thani said. "Why don't they speak out? Why don't they say they've been to Doha? [If] they think it's appalling, say it publicly, or just shut up. Because you know, you have the ability to be there. You have the ability to meet the people, speak to them. If you think there is something wrong, say it. Do not hide behind the bush."

German soccer federation president Bernd Neuendorf called on the Qatari government to establish, "without any ifs or buts," working centers where migrants can go in the event of employer violations, and a compensation fund for the relations of workers who died or were injured on World Cup construction sites.

"The last demand for the fund is also addressed to FIFA," Neuendorf said. 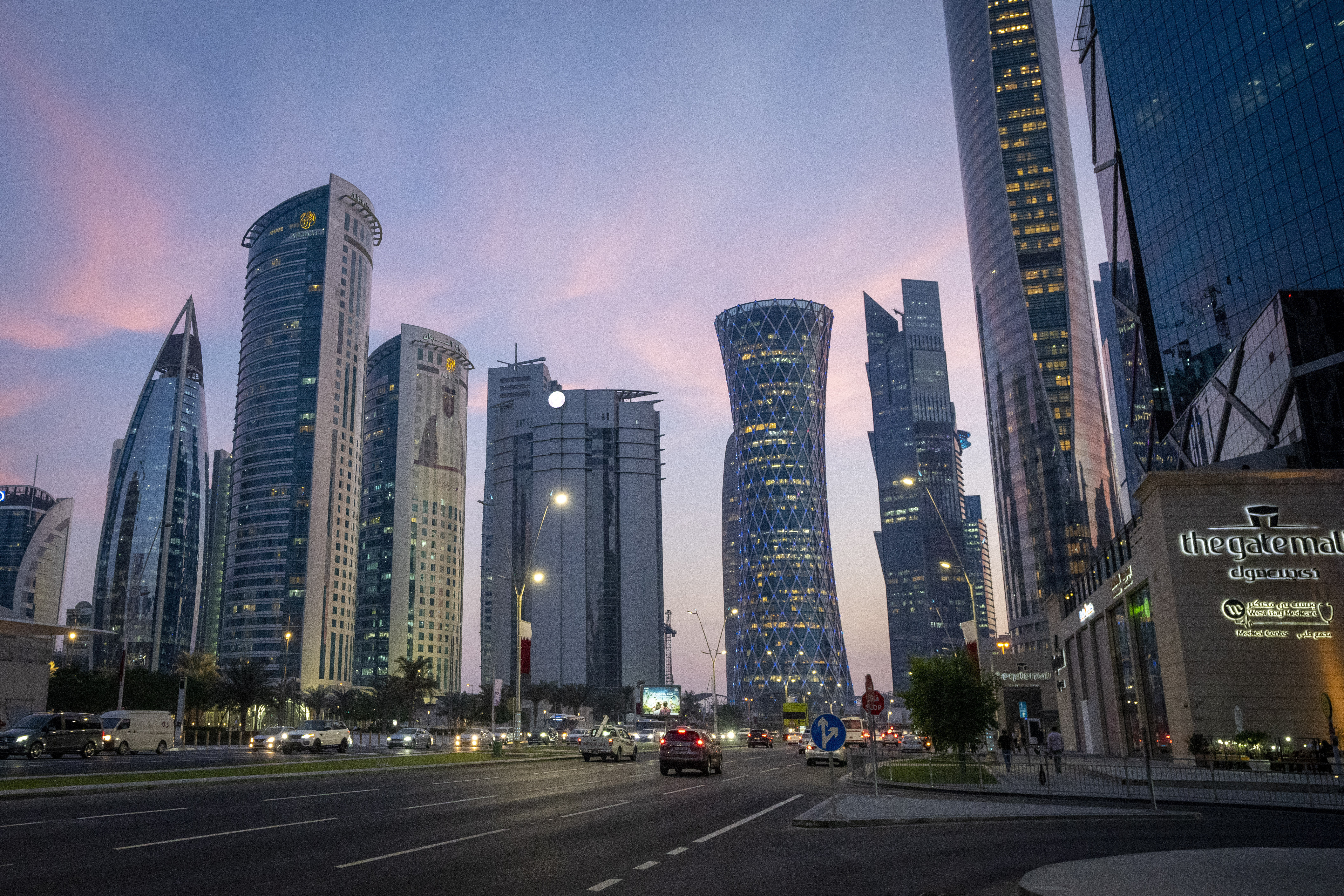 FILE -- A view of hotels and other buildings at the West Bay area in Doha, Qatar, Thursday, Dec. 9, 2021. Many hotels in Qatar are already fully booked for the soccer World Cup which will be held in November and December 2022. Qatar’s ambassador to Germany was personally urged to abolish his country’s death penalty for homosexuality at a congress hosted by the German soccer federation on human rights in the World Cup host country. (AP Photo/Darko Bandic, file)