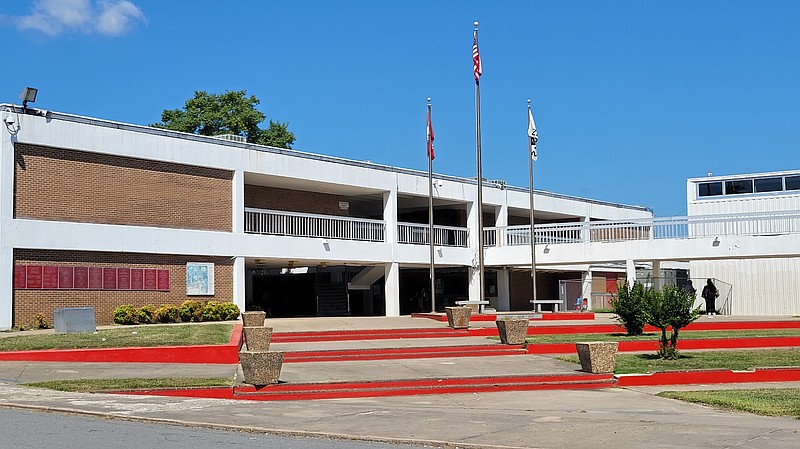 Pine Bluff High School and Watson Chapel junior and senior high schools were in session as usual Monday after dealing with threats of violence, one of which authorities determined to be a hoax, during the past week.

In an open letter posted on social media Sunday evening, PBHS interim principal Ronnieus Thompson announced her campus "had several external threats and with His help we were able to preserve and have school." It was not made clear, however, when the school received threats or when the school went into lockdown, although Thompson thanked teachers for following "explicit directions" as given by her and assistant principal Dexter Lee on Friday, as well as for helping secure the campus.

"Our security team responded without hesitation and ensured our students and staff were safe," Thompson wrote. "They do an outstanding job daily. Thank you Pine Bluff High School Security Team!"

Pine Bluff police Lt. David DeFoor said the "external threats" were determined to be word-of-mouth rumors of fights outside campus, but added he was not sure what day the school went into lockdown. Police are not searching for a suspect as the rumors did not involve a shooting threat, he clarified.

"No actionable law was broken," DeFoor said. "A preventative measure was taken. As officers were available, they made sure to be seen between classes and during lunch."

The top goal in a lockdown situation is to ensure the safety of the entire school, Thompson wrote, adding the school would conduct "listening conversations" with students to understand the importance of safety.

Students were released early from the Watson Chapel secondary schools Friday after a 911 text claiming someone was walking around the junior high school and shooting a gun was reported to school officials. Authorities determined the threat to be a hoax, and both Pine Bluff police and Jefferson County Sheriff Lafayette Woods have said their agencies continue to investigate the matter and determine the source or sources of the false alarm.

The person responsible for the text will likely be charged with a felony count of creating a false alarm, which is considered an act of terrorism, DeFoor said.

The WCSD said in a text alert Sunday evening additional counseling would be made available for students, and any parent or student concerns would be addressed.