Qualifiers lead up to World Cup 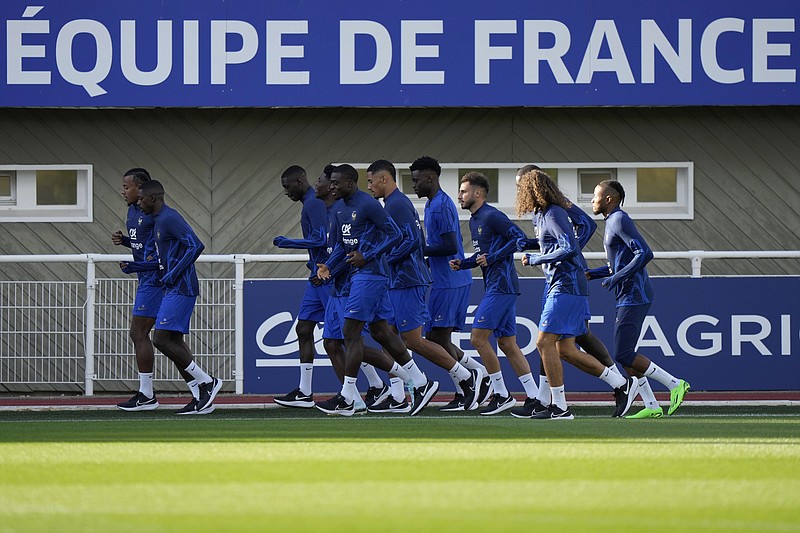 The 13 European national teams going to this year's World Cup will play their last competitive soccer games in the Nations League this week, two months before the tournament starts in Qatar.

For the rest of continent's teams -- with the exception of Russia, which has been suspended because of the war in Ukraine -- next week's final Nations League standings will decide the playoff path some will need to qualify for the 2024 European Championship.

The group stage of the Nations League will be completed with 54 teams playing 53 games over seven days.

In the 16-team League A, the top team in each of the four groups will advance to the Final Four tournament. The current leaders are Denmark, Spain, Hungary and the Netherlands.

The Final Four tournament, scheduled for June 14-18, will be hosted by the winner of the group that includes the Netherlands and Belgium. Those two countries will meet in the decisive match in Group A4 on Sunday in the Netherlands.

Other standout games include: Portugal vs. Spain on Tuesday; Denmark vs. France on Sunday; and Italy vs. England on Friday.

Those last two games have relegation implications. World Cup champion France and England are currently in last place in their groups and could be relegated to the second tier for the next Nations League in 2024.

Norway, which did not qualify for the World Cup, can earn promotion on Tuesday against Serbia.

Ukraine has been unable to host games in international competitions because of the Russian invasion and now has to play three Nations League games in seven days to earn promotion.

Ukraine, which lost in the World Cup playoffs and failed to qualify for the tournament in Qatar, starts on Wednesday in Scotland. The team then travels to Armenia on Saturday and finishes against Scotland again next Tuesday. Ukraine will host that game in Kraków, Poland.

Russia was removed from its second-tier group by UEFA and automatically demoted to the third tier for the 2024 edition, leaving Israel, Iceland and Albania to play in a three-team pool for promotion.

The qualifying group draw for the Euro 2024 tournament in Germany will be made Oct. 9 in Frankfurt and will be affected by the Nations League.

The four top-tier group winners next week will go into a Euro 2024 qualifying group of only five teams to clear their schedules for the Nations League Final Four.

The 12 teams competing in the Euro 2024 playoffs for three places at the tournament will be selected according to Nations League standings. All group winners next Tuesday are assured of a playoff place.

Europe is playing host to a slew of top international teams who are playing what for most will be their final warmups ahead of the World Cup.

Brazil is playing Tunisia and Ghana in France, the country where its star winger, Neymar, plays his club soccer with Paris Saint-Germain. The Tunisia game is at PSG's stadium.

Uruguay's players will head to Austria and Slovakia to play Iran and Canada, respectively.

The United States plays Japan in Germany on Friday and Saudi Arabia in Spain on Tuesday.

World Cup-bound teams like Senegal, Qatar, Morocco and Ecuador are also playing friendlies in Europe, where many squad members play their club soccer.

The World Cup is taking place in the heart of the traditional European season for the first time, leaving national team coaches little preparation time.

Typically, teams have two or three friendly games in an extended build-up to a tournament. Not this time, with most World Cup teams having only one week together before group play starts.

This international break is key for coaches to put ideas in place and maybe test squad strength.

Brazil is testing out Pedro -- the Flamengo striker who is the top scorer in this season's Copa Libertadores -- as a new attacking option. France coach Didier Deschamps will have to dig deep into his resources after injury withdrawals including Hugo Lloris, Lucas Digne and Boubacar Kamara, added to the absences of star players Paul Pogba, Karim Benzema and N'Golo Kante.

With Jordan Pickford injured, England Coach Gareth Southgate must test another goalkeeper against Italy and Germany.

Indeed, for some players, decisive Nations League qualifiers essentially double up as trials to get into World Cup squads. 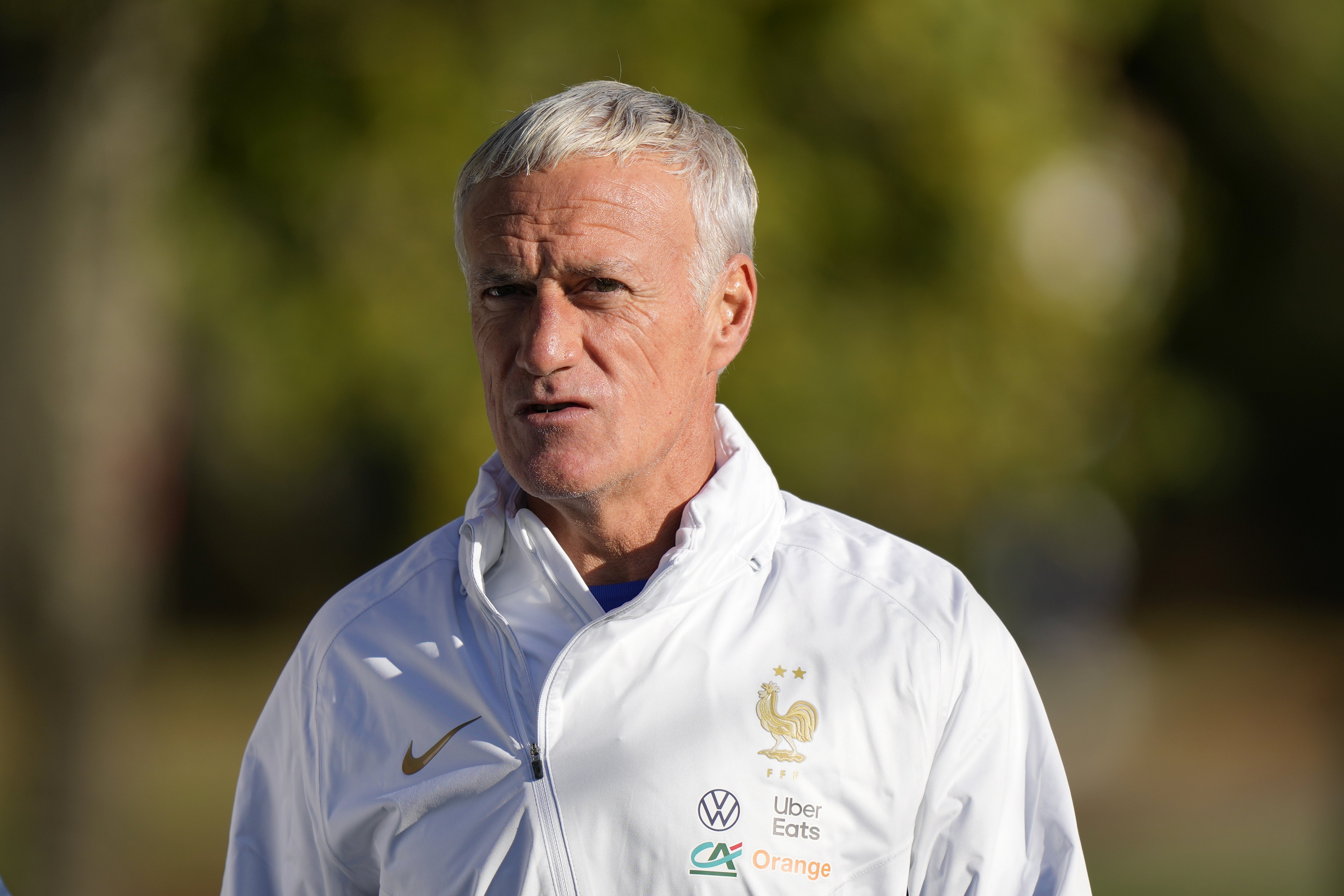 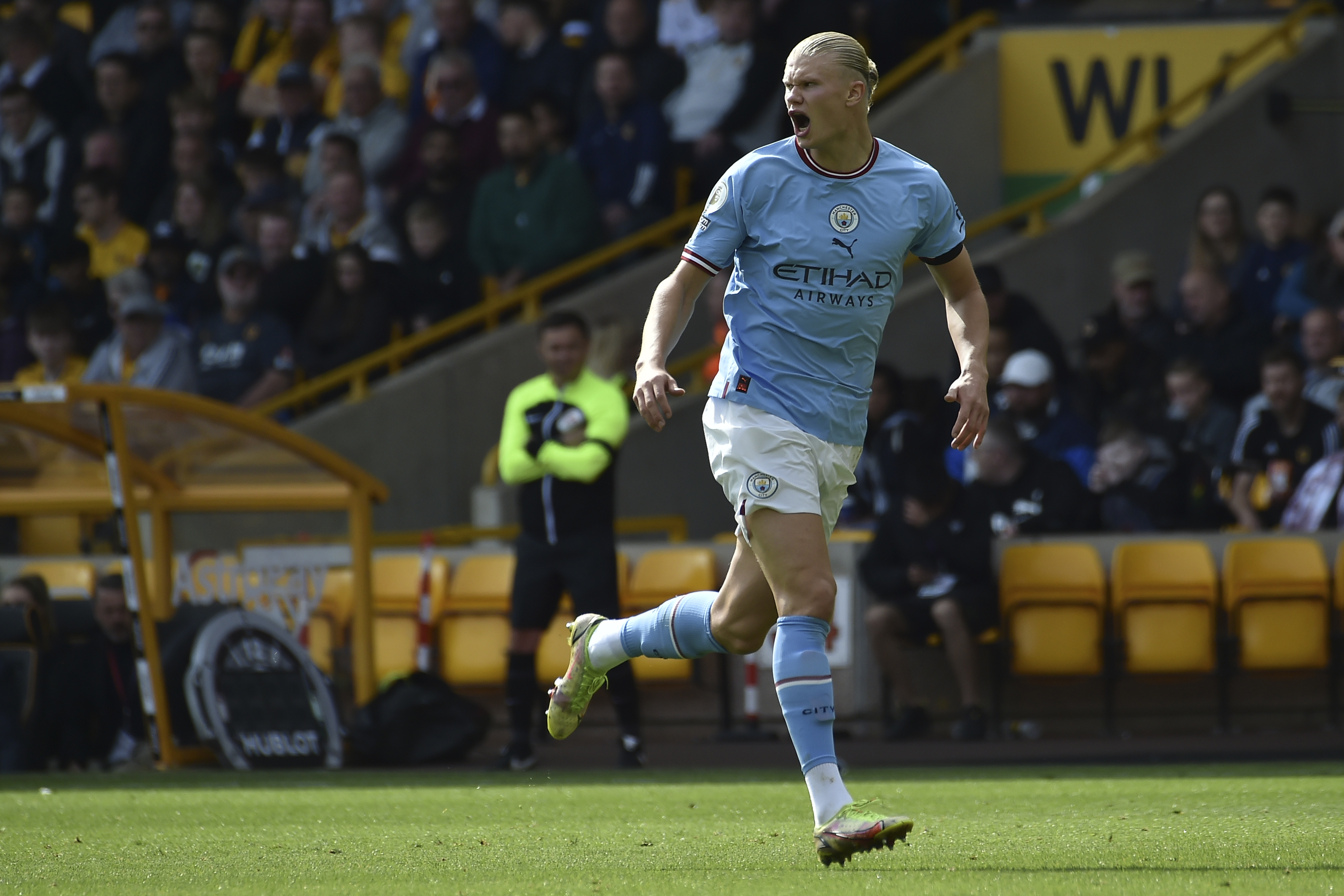 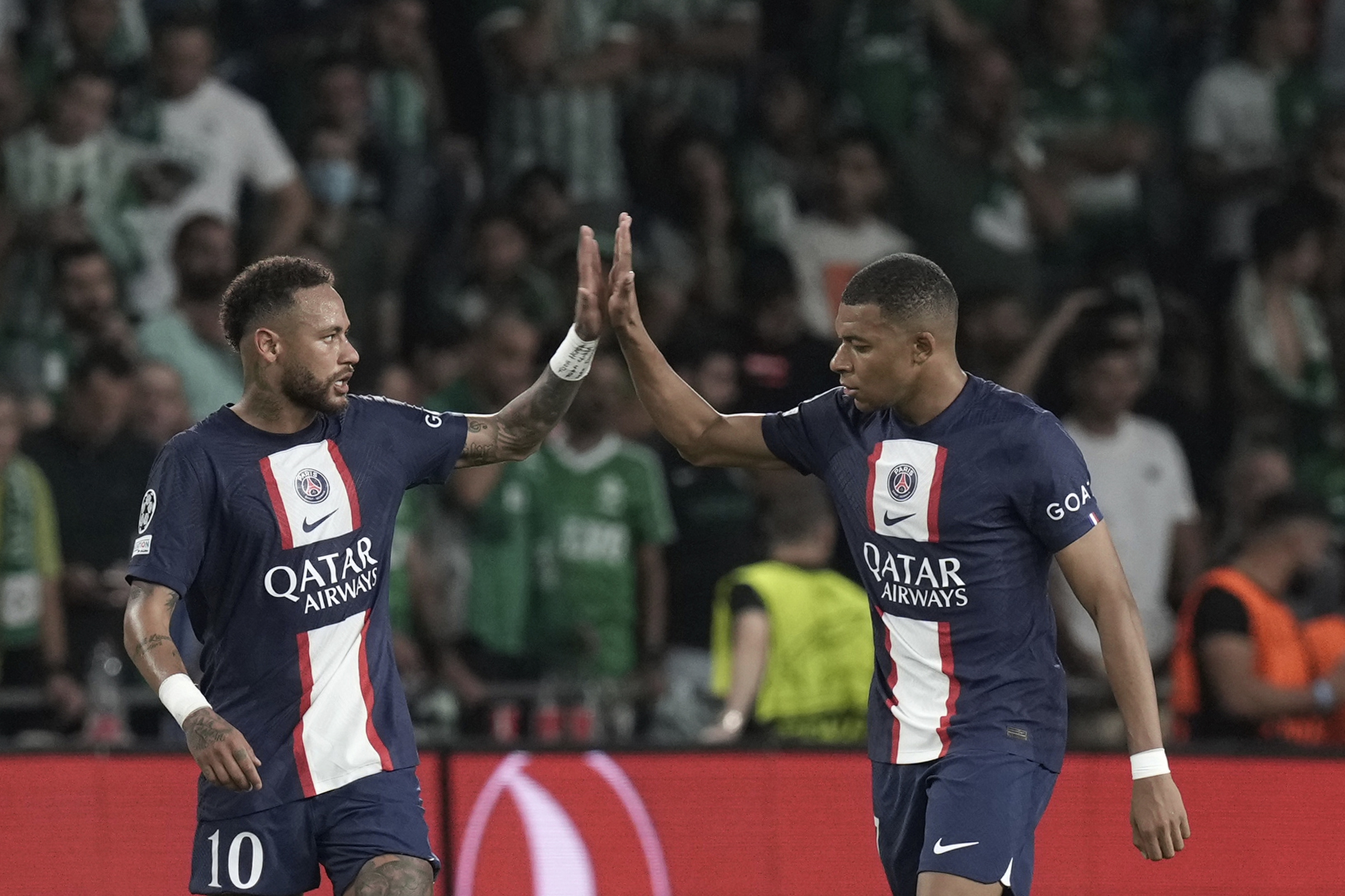 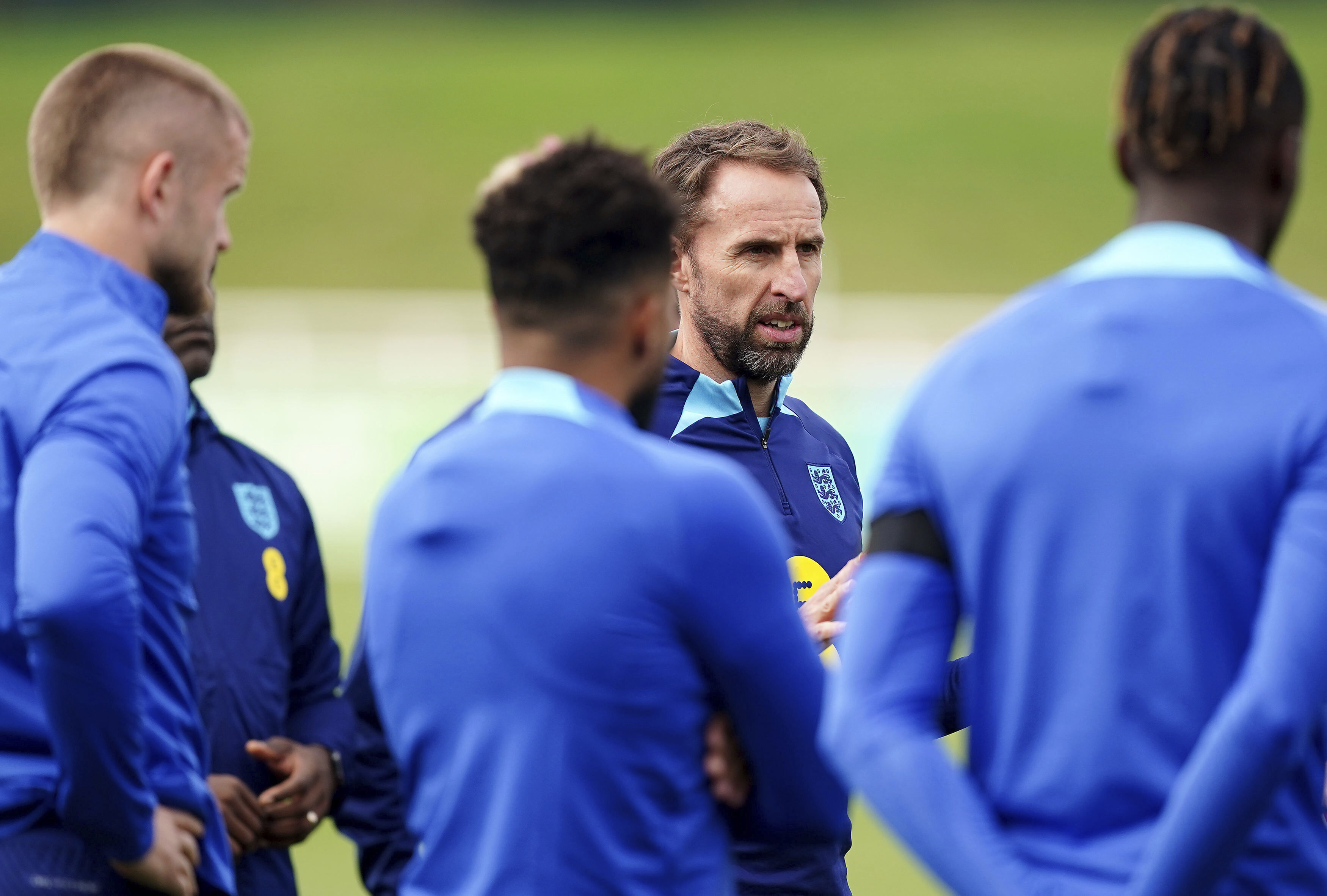