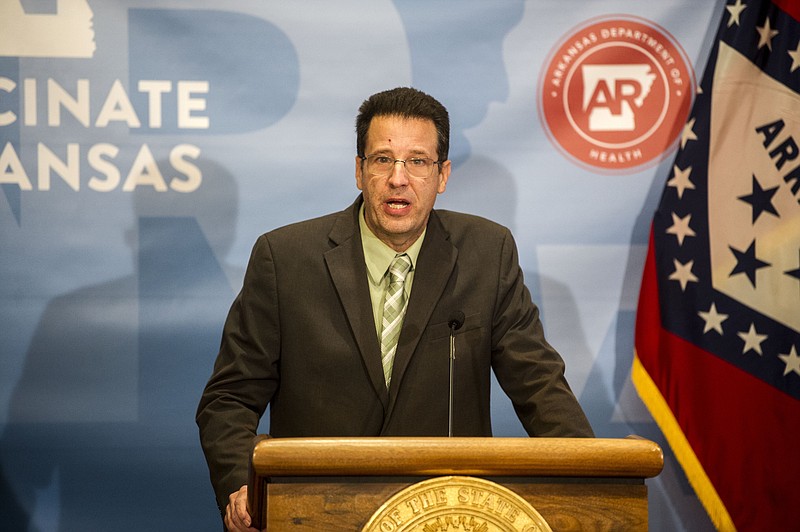 State Rep. Stephen Meeks, shown in January, told a legislative committee Tuesday that the technology to use fingerprints or retinal scans to secure and track ballots isn’t yet feasible. (Arkansas Democrat-Gazette/Stephen Swofford)

The technology to use fingerprints or retinal scans to secure and track ballots isn't yet feasible, State Rep. Stephen Meeks told a legislative committee Tuesday.

Meeks, who sponsored a law to study whether biometrics could be used to maintain voter rolls and prevent fraud, said after discussions with experts the proposal would not work in Arkansas.

"The technology -- and I was surprised to learn this -- the technology for biometrics is not yet mature enough to be able to handle potentially a three million user database," said Meeks, a Republican from Greenbrier. "So because of that, biometrics is not to the place yet where it could be successfully deployed."

The proposal is fraught with concerns because the collection and storage of voters' biometric data could be costly and conflict with state and federal laws, state election officials said.

Meeks said his main concern was how the storage of biometric data could cause problems at the scale, as keeping track of potentially 1.5 million fingerprints could mean mix-ups.

State election officials also pushed back on biometrics in voting, saying there were concerns over privacy and voter suppression as people might be reluctant to give their fingerprints or retinal scans to the government. Biometrics could shake voters' confidence that their ballot is secret, as government officials could potentially use it to trace a person's vote, said Leslie Bellamy, director of elections with the secretary of state's office.

Michael Harry, director of legal at the secretary of state's office, said biometrics in voting could bring the state in conflict with the federal Americans with Disabilities Act as some people wouldn't be able to provide fingerprints.

"There will be some issues with access to elections for individuals that don't have either hands or thumbs or fingers or things like that," Harry said.

State Rep. Jack Ladyman, R-Jonesboro, asked about the cost of a biometric voter system, saying "even though I like technology, I don't want to spend half the budget on one election bill."

Bellamy said she could not provide a cost estimate on biometrics, but said it would be "very expensive" and would require a "complete overhaul" of the state's voter registration system, requiring voters to provide fingerprints or retinal scans to election officials.

For securing absentee ballots, Meeks suggested the state explore using QR codes to help track votes. Meeks said the technology could be implemented easily, but admitted after speaking with election officials from the secretary of state's office it would be "duplicative of efforts that they already have in place."

QR codes on absentee ballots would offer a side benefit by allowing voters to track their ballot, Meeks told the House and Senate State Agencies Committee.

Harry pushed back on the idea, saying QR codes tracking ballots could come in conflict with the state's constitution, which requires ballots to be secret.

"I would just point out that voter secrecy isn't just a policy goal, it's a constitutional right," he said. "I'm intrigued by that potential, but I do think any unique identifier is going to implicate the concerns that have been mentioned."

Meeks also suggested the state study the feasibility of mobile vote centers to help bring early voting centers to voters who may have issues traveling to a polling site. Meeks said he came up with the idea after his late grandmother had trouble making her way from her nursing home to a polling site.

"A lot of our absentee ballots come from shut-ins from nursing homes and hospitals," Meeks said. "What if we had a mobile vote center that would go to those nursing homes."

"The cynic in me could play some very fun political games with that very quickly," he said.