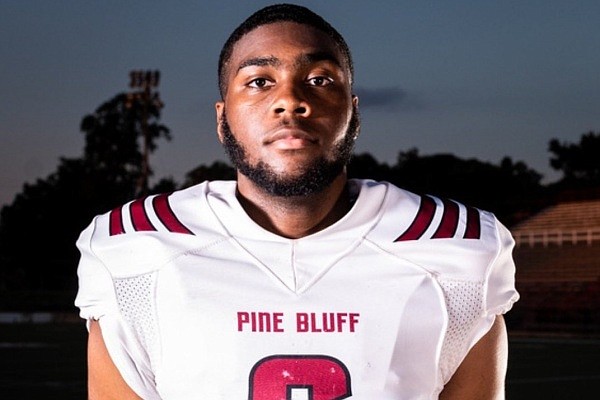 On Wednesdays we feature an in-state prospect who could be flying under the radar of college coaches. This week's UTR prospect is Pine Bluff’s Jordan Harris.

Stats: In three games, he has 2 receptions for 62 yards and 2 touchdowns, 8 tackles, 1 sack, 1 tackle for loss, 4 tipped passes and 9 quarterback hurries.

“Great kid, but on the field he turns into a monster. I wish he had played (football) the last two or three years. He would be one of the top recruits in the area guaranteed. If you want to say someone that’s a recruit that’s going to be under the radar, it would be him.

“I’m sure we’re going to start getting a lot of hits. He hasn’t played, so he wasn’t on anybody’s radar.”