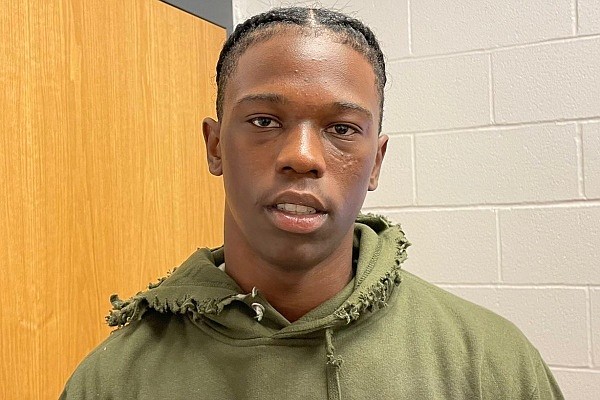 Bowman is expected to visit the junior's school Friday.

“I talk to Coach Bowman a lot, like every week we chop it up and text every now and then,” Gipson said. “He told me he was going to come up.”

Bowman and many other college coaches have been able to contact junior prospects directly since Sept. 1.

“It’s been wild. It’s been crazy,“ Gipson said of life post-Sept. 1. “A lot of coaches are texting me from different schools that I wasn’t expecting. They're calling me and all that.”

Capable of playing cornerback or safety at the next level, Gipson is a special player, according to Tigers coach Leon Paul.

“He’s one of the best, if not the best that I’ve ever coached or been around,” said Paul, who was at Duncanville before taking the head coach position at Lancaster. “I’ve coached some good ones. At Duncanville we had Stacy Brown (Missouri), Chris Thompson (USC), Ennis Rakestraw (Missouri) to name a few, and he’s at the top of the list because he’s so dynamic.”

He said talks with Bowman are about life outside of football and on the field.

Gipson, who has a 3.5 grade point average, is looking to major in communications and go into broadcasting after college.

His aim is to make his way to Fayetteville for the Alabama game on Oct. 1, and it is looking promising that he sees the Razorbacks this weekend.

“I most likely will be at the Arkansas vs. Texas A&M (game),” he said.

His cousin and Arkansas running back Dominique Johnson tells him good things about the Razorbacks' program.

“He said he likes it up there,” Gipson said. “It’s different, it’s chill. The environment, he said how hard they work. It’s family. They treat each other like brothers.”