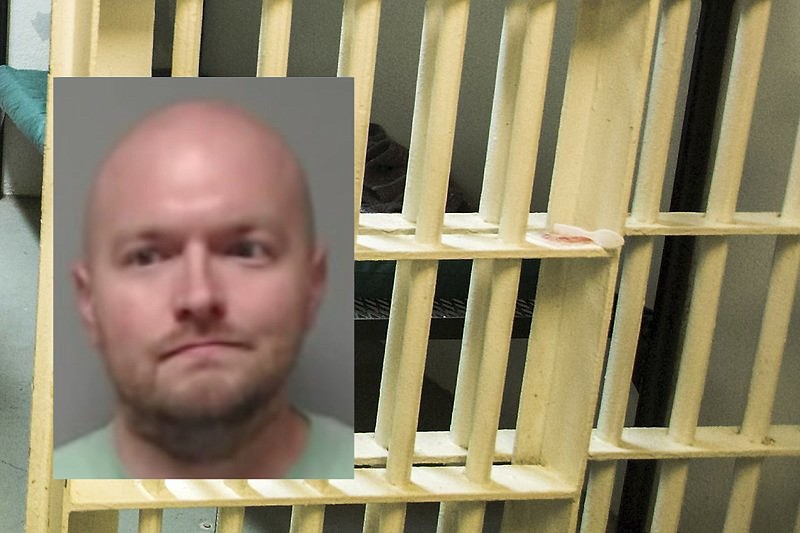 A former Craighead County clerk was sentenced to 57 months in prison by a federal judge Wednesday for stealing more than $1.5 million in county funds that he diverted to his own use during the first six months of 2020.

Jacob Kade Holliday, 34, was indicted in December 2020 on 11 counts of wire fraud totaling $1,579,057.03, and in February pleaded guilty before U.S. District Judge James M. Moody Jr. to the first count of the indictment, which charged him with wire fraud for his first fraudulent transfer of $101,782.97 in exchange for dismissal of the remaining 10 counts.

According to court documents, Craighead County officials reported in June 2020 that a theft had occurred from the county clerk's office. The bank that managed the clerk's office account had flagged suspicious activity and auditors concluded the missing funds had been moved to Holliday's personal banking accounts in 11 separate transactions over six months.

When he was interviewed by law enforcement, court records said, Holliday admitted taking the money, saying he used it to prop up two businesses he owned; Holliday Development and Management LLC, and Total Healthcare LLC, both of which operated restaurants and coffee shops in Jonesboro.

Holliday told investigators he would make a transfer from the county account to one of his personal accounts and then get a cashier's check from his personal account for the same amount. He said he planned to pay the money back, but was derailed after the covid-19 pandemic forced the closure of his businesses and he was unable to replace the money.

The money he took, court records state, was designated as federal and state payroll tax payments and money intended for employee retirement with the Arkansas Public Employees Retirement System.

Under U.S. sentencing statutes, Holliday could have been sentenced to a maximum prison term of 20 years and ordered to pay a $250,000 fine. Under sentencing guidelines, Holliday's recommended guideline sentencing range was 46 to 57 months in prison, 1 to 3 years of supervised release, a fine ranging from $15,000 to $150,000, and a $100 mandatory special assessment.

Holliday's attorney, Patrick Benca of Little Rock, said that after Holliday's arrest, despite County Judge Marvin Day's contention Holliday hadn't cooperated with his office, his client did cooperate in the investigation from the start.

"I realize that, to Mr. Day, it appeared my client wasn't cooperating with him but behind the scenes he was giving us all the information regarding where the assets went," Benca said. "We had very detailed conversations with the U.S. attorney's office and the sheriff's office outlining where those assets are."

The disposition of those assets and the status of the more than $1.5 million in restitution became a sticking point in the hearing as Benca maintained that an unspecified amount of money had been set aside for restitution and Assistant U.S. Attorney Allison Bragg said there was no record of any restitution having been paid.

"Mr. Holliday has truly, one hundred percent, cooperated with the investigation," Benca said. "I know the restitution amount isn't reflected here as to the amount he has paid back."

"That was about to be my next question," Moody said, cutting in. "Do you have the amount that was returned as the result of these efforts to kind of give me an idea about what's left?"

"As far as clawback, money paid back to the county, the county hasn't received anything," Bragg said.

Benca said although he wasn't aware of the specifics, he had seen figures from Holliday's bankruptcy proceedings of several hundred thousand dollars that came from properties his client had surrendered to the U.S. Bankruptcy Court.

Benca said Holliday professed to have been relieved once the thefts came to light, with Holliday telling him he had gotten caught up in a "horrible situation where he made horrible decisions while trying to keep businesses afloat ... but he said from the start he wanted to cooperate in any way, shape or form the best that he could."

Moody noted that in October 2020, Holliday was charged in Craighead County Circuit Court with embezzling nearly $14,000 from a nonprofit -- the Northeast Arkansas Leadership Business Council -- where he served as treasurer, to which he pleaded guilty in November 2021. In addition to a prison term, Holliday was ordered to pay restitution in the amount of $13,963.22 to the nonprofit.

"Of the $1.5 million he stole from Craighead County, how much did he use to retire that restitution?" Moody asked.

"No," Moody said, cutting him off. "I'm talking about of the $1.5 million he spent on himself that he stole from Craighead County, how much did he see fit to retire the previous $14,000 in restitution that he owed Northeast Arkansas Leadership Business Council?"

Benca said the business council and the Craighead County prosecutions came about at the same time and were largely part of the same conduct.

"The one you're talking about," Benca said, "was carved out of an area that was not covered by the federal charges in order for him to plead to the state charge."

"How much of that has been retired?" Moody asked.

"None," Benca said. "He never had an opportunity."

Turning to Bragg, Moody asked again the status of restitution.

"If you're asking if the county ever got its money back, the answer is no," Bragg said. "He still owes the $1.5 million."

Moody said according to the pre-sentence report, the $1.5 million Holliday was responsible for could not be discharged in bankruptcy, but he said the record gave no indication of any funds being set aside for restitution. Bragg said there was no indication that Craighead County had received any money in restitution. She confirmed that Holliday had cooperated fully with her office but said that cooperation did nothing to help Craighead County recover any of its losses.

In addition to the 57-month prison sentence, Moody ordered that it be served consecutively to a 10-year prison term Holliday was sentenced to in Craighead County Circuit Court, that he serve three years on supervised release once he leaves prison, and that he repay the full amount taken from Craighead County payable immediately or at 50% of any money he receives to his prison account each month while he is incarcerated and at 10% of his gross monthly pay after he leaves prison.

"Your conduct hurt those who chose to serve in public service to the state of Arkansas, as well as hurt the credibility of all elected officials," Moody said.