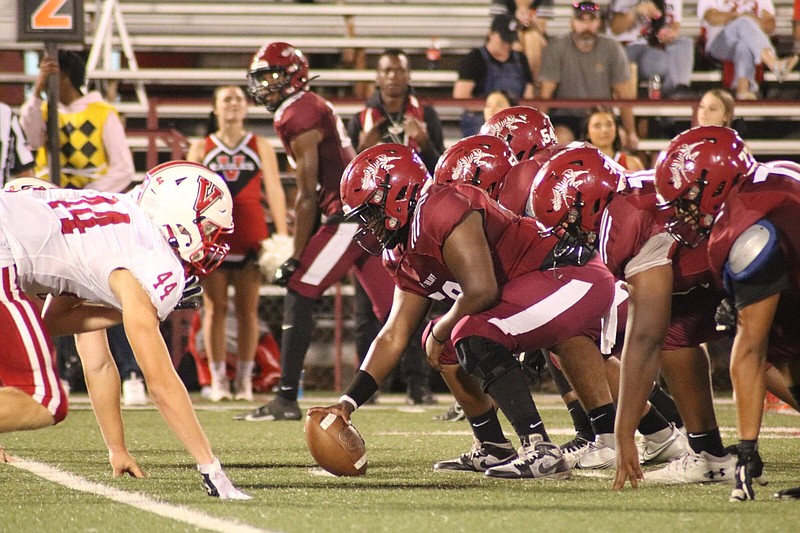 Jordon Harris hadn't played football since he was in little league.

"It's exciting and excellent," Harris said while sitting in Williams' office in the school's Multipurpose Center. "It's new to me because I just came on the team. Coach Williams is teaching everything I need to know on and off the field."

Harris, who also plays basketball as a power forward and center, opted for football this year because he hopes to get recruited by a college.

At 6-feet-6 and 234 pounds, Harris, who also has a 4.0 grade-point average, said he is learning football during each Zebras practice and game since he hasn't been on a football field in years. It hasn't taken him long to master the game.

Harris, a tight end/defensive end, has 2 receptions for 62 yards and 2 touchdowns, 8 tackles, 1 sack, 1 tackle for loss, 4 tipped passes and 9 quarterback hurries -- in only three games. He takes it in stride.

Williams said that Harris is both a leader and player.

"Jordon is a rare breed," Williams said. "He is the type if he is at a sleep over he would wake and make up everyone's bed. He's a great kid."

Harris has been studying plays and film for the Zebras' game at Maumelle (2-1, 0-1 in 5A-Central). Last week, the Vilonia Eagles beat the Zebras 30-12, and Maumelle was off for the week. The Hornets lost to the White Hall Bulldogs in Week 2 of the season 44-24.

"This is one of those games where we try to bounce back," Williams said. "It is just what it is. We took a beating and we have to get back up. This week, we will be resilient."

Williams said that last week was not typical. Pine Bluff High School had a soft lockdown last Friday after external threats during the week. The school's usual on-campus pep rally was canceled because of the lockdown.

"It affected the kids," Williams said. "You could just tell that something was different from the kids and even those on the sidelines. We didn't have the pep rally and the team needs it. It just wasn't a usual week."

Williams said his team didn't receive any major injuries. Williams and his coaching staff has been working all week on building the players' morale back.

"Once we work that part out and let them understand that last week is last week, we were able to work and get back to practicing. We took a licking but we will keep on ticking," Williams said.

Harris said that he remains inspired daily because of Williams' character curriculum where he invites inspirational speakers -- former Zebra players, community leaders, district administration -- to speak to the team.

Harris said that Zebra fans shouldn't worry if the team will be prepared because it will be.

"The loss taught us a lot," Harris said. "It's an early season loss, which is good because we can learn from it. That's a lot better than a late season loss."

Williams and his team are focused on the positive and the future. Last week's game is in the rearview mirror.

"Adversity tends to show how you get up," Williams said. "If you are blowing everyone out every week, the team technically can't see the truth about themselves. We saw the truth, and now we know how we can correct our mistakes and focus on what needs to be done right on Friday."