Prescribed burns common in farming, but farmers should consider costs and environmental impact 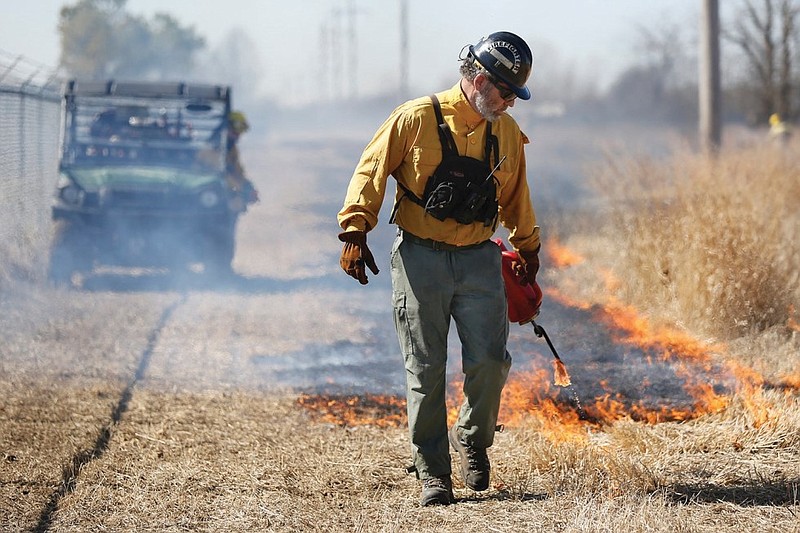 Though prescribed burns are effective at preparing fields after harvest, opting out will save farmers money on expensive fertilizers and help minimize environmental impact, state farming experts say.

Farmers burn crop residue as a management tool in the fall after harvesting rice, soybeans, corn and cotton. Burning helps them prepare fields for the next growing season and to rid fields of pests and diseases that may affect the next crop.

"Burning, when conditions permit, allows for a quick and efficient reduction in the amount of troublesome residue left in the field. Like any option, it has its pros and cons," Hardke said.

Roughly 40% of residue is actually burned in most cases, but it can be as high as 80%, Hardke said.

"There can be some loss of nutrients due to burning, and smoke is generated. However, it can drastically reduce the amount of tillage and fuel used to manage the residue when only tillage can be performed."

Tilling is a farming practice to aerate soil to allow moisture and air in, creating an environment that promotes crop growth, helps control weeds and gets fertilizer into the soil. Tillage can also be detrimental to soil quality over time.

"Crop burning definitely has benefits and we can't ignore that," said Kris Brye, professor of applied soil physics and soil science at the University of Arkansas's Agricultural Experiment Station, Brye has been studying soil health in Arkansas for more than two decades.

"There's a convenience factor for managing really thick residue at the end of a particular crop; rice is a high biomass-producing crop and we've got some fairly unpredictable weather conditions that have developed and will probably only continue to develop," Brye said.

"Anything that can done to allow a field to be prepared at the end of a season for the next season or that following year, to get a jump start on planting their crop, we need to have the flexibility to be able to do that, but there are drawbacks though and we can't ignore that," he said.

Burning crop stubble can come at the cost of losing soil nutrients and organic material that makes soil healthy.

When crop residue is burned, carbon locked in the residue is also released as carbon dioxide, a greenhouse gas.

Agriculture accounted for 11% of total U.S. greenhouse gas emissions in 2020; emissions from agriculture in the U.S. have also increased 6% since 1990, according to a recent U.S. Environmental Protection Agency report.

While there are benefits to crop residue burning, Brye said farmers should consider the health of the soil in their fields.

"Putting that organic matter back in place, there are lots of tangential indirect benefits from being able to do that," Brye said.

An estimated 1.15 million acres of rice were planted this year and burning crop residue could result in a loss of approximately $316 million in soil nutrients, according to Roberts' calculations.

"How do you replace the nutrients that are lost due to burning?" Brye asked. "Well, that means you have to purchase more fertilizer and when you're talking hundreds of dollars per acres in potential replacement costs for nutrients from fertilizers to offset what's being lost in crop residue burning, that should get some people's attention."

Warm, dry fall periods are the best time for prescribed burns for crops after harvest because it can be done quickly and efficiently, Hardke said.

"Farmers are always at the mercy of environmental conditions, and our decisions on the best practice at the time are driven by those conditions," he said.

If burning is not an option for farmers, tillage and winter flooding are the other primary choices, Hardke said, adding this also has its own greenhouse gas emissions concerns.

"We acknowledge that we can lose some nutrients by conducting burns, but it is a trade-off between costs of fertilizers and fuels, as well as the efficiencies gained from being able to plant earlier the following season," Hardke said.