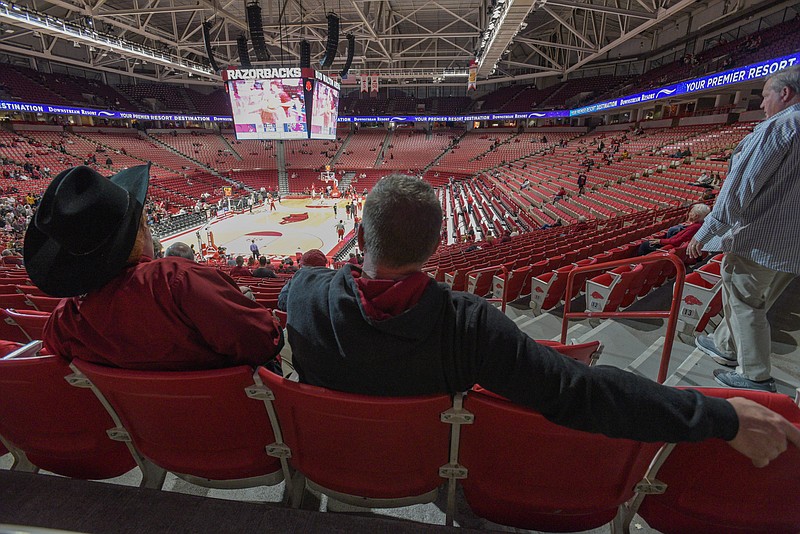 FAYETTEVILLE -- CBS will be at Walton Arena for the University of Arkansas' men's basketball team's regular-season finale.

Arkansas' home game against Kentucky at 1 p.m. on March 4 will be televised by CBS, it was announced Wednesday as the SEC released its broadcast schedule with tipoff times and network designations.

Having the game on CBS is an indication the network anticipates it could determine the SEC champion, considering the Razorbacks and Wildcats are both expected to be ranked in the top 10 in most preseason polls.

Kentucky is No. 3 by Blue Ribbon and Arkansas is No. 6. The Associated Press and USA Today coaches polls will be released later this fall.

When Arkansas plays at Kentucky on Feb. 7, the game will start at 8 p.m. and be televised on either ESPN or ESPN2.

The Razorbacks are playing the Wildcats home-and-home for the second time. In 2014, Arkansas won two overtime games, 87-85 at Walton Arena and 71-67 at Rupp Arena.

A tipoff time has not been set for the Razorbacks' game at Baylor on Jan. 28 in the SEC/Big 12 Challenge. The game will be on an ESPN network.

Jan. 28;at Baylor;TBA;ESPN or ESPN2 or ESPNU