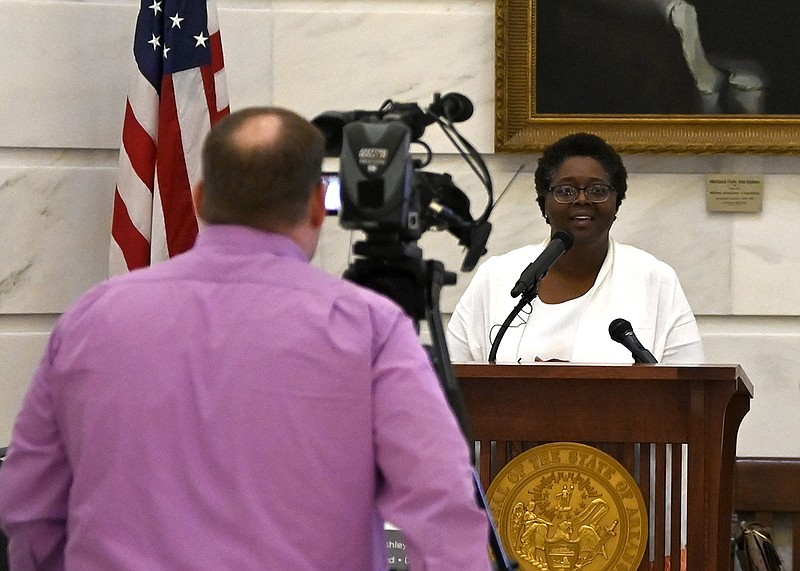 Patrecia Hargrove, executive director of the Southeast Arkansas Economic Development District, announces during a news conference in the state Capitol Rotunda on Wednesday that all 10 counties in the district achieved certification as ACT Work Ready Communities. (Arkansas Democrat-Gazette/Stephen Swofford)

Gov. Asa Hutchinson said the No. 1 question he gets in recruiting private industry to Arkansas is how is industry going to get a workforce.

"What you have done has allowed us to make the case that we have the workforce that is trained [and] ready to go," the Republican governor told more than 50 officials from southeast Arkansas at the state Capitol. "We know exactly their levels of expertise. They are certified, and we can make the case that southeast Arkansas is ready to do business and ready to receive a new investment of industry."

Hutchinson said he went to Europe earlier this year and "the focal point of our conversation was south and southeast Arkansas."

He said he hopes in the last four months of his administration that "we can continue to have success in terms of business growth, announcements and expansions, and that some of those visits that we made will come to bear fruit and mean a big difference for your communities in southeast Arkansas."

The framework allows each participating community to quantify and improve the skill levels of its workforce through a standardized workforce skill credential -- the ACT WorkKeys National Career Readiness Certificate -- supported by data updated online by Iowa-based ACT on a monthly basis, the Southeast Arkansas Economic Development District said in a news release.

Hutchinson said he has a WINS agenda for his eighth and final year of governor that ends in January. The W stands for workforce, the I stands for infrastructure investment, the N stands for for new economy jobs and S stands for strengthening Arkansas families, he said. 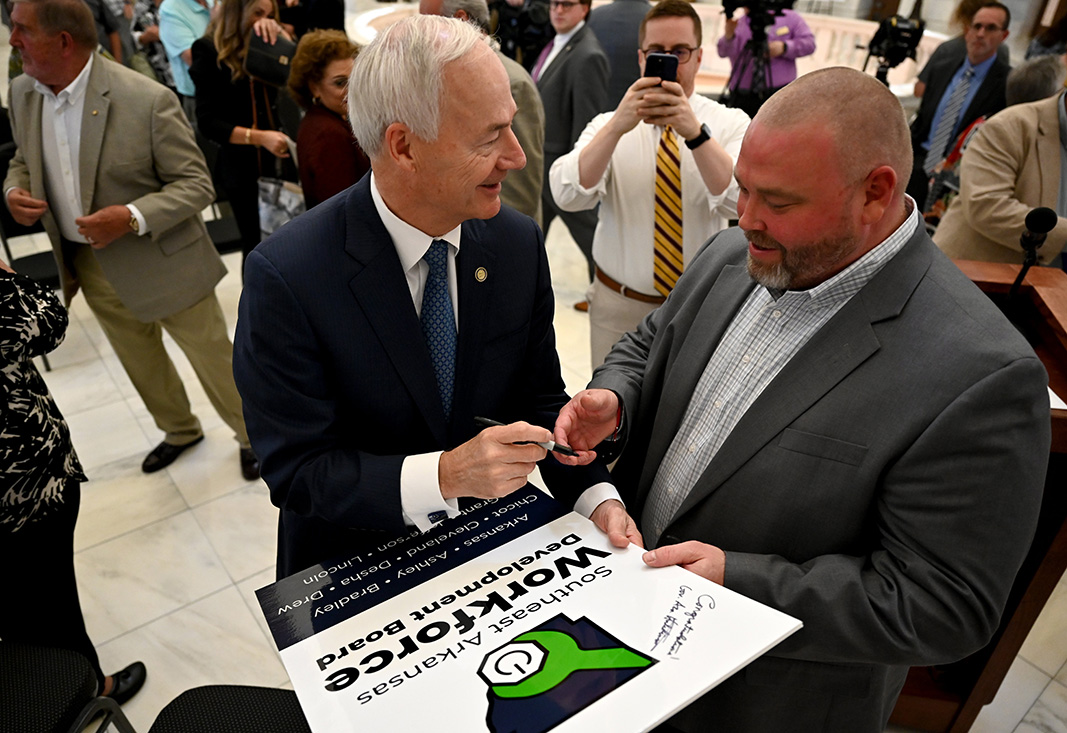