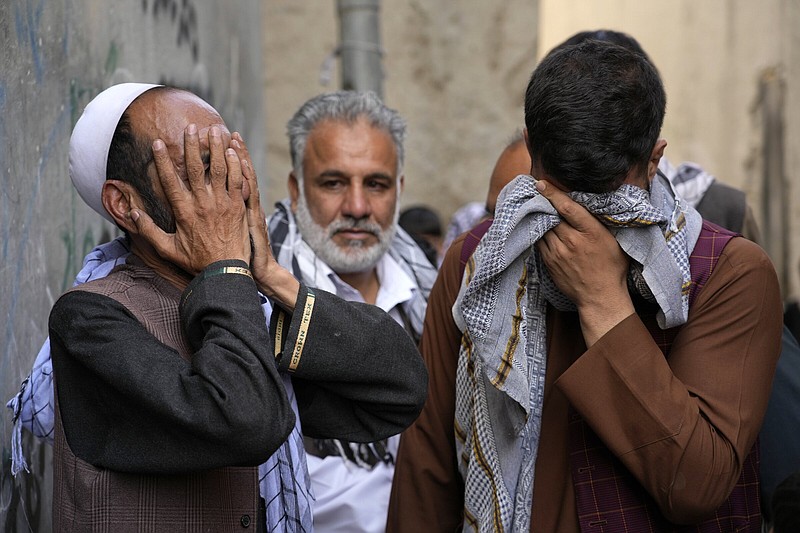 The family of a victim of an explosion in a restaurant mourn Wednesday in Kabul, Afghanistan. More photos at arkansasonline.com/922kabul/. (AP/Ebrahim Noroozi)

ISLAMABAD -- An explosion in Afghanistan's capital has killed at least three people and wounded 13 others, a Taliban official said on Wednesday.

According to Khalid Zadran, the Taliban-appointed spokesman for the Kabul police chief, the blast occurred in a restaurant in the city's western Dehmazang neighborhood. A team has arrived in the area to find out the cause of the blast, he added.

Police did not say if the blast was an accident or the result of an attack. Afghan cities are sometimes the target of the local Islamic State group affiliate.

Residents and workers in the area said the restaurant was a popular place to eat for low-income workers and poor people because it was cheap.

One of those killed in the explosion was a teenager who worked in a photography shop in the area. His funeral took place on Wednesday, several hours after the incident.

An eyewitness, Hamid, said three of his friends were killed. "There were many casualties and we put them into a civilian vehicle and some other vehicles, and they were taken to Isteqlal hospital."

CANBERRA, Australia -- A military exercise in Fiji involving the United States, Britain, Australia and New Zealand ends this week as the traditional allies counter China's growing influence in the region.

The 11-day Exercise Cartwheel in Fiji began Sept. 12 and ends Friday, the U.S. Embassy in the Fijian capital, Suva, said Wednesday in an email.

U.S. Navy Cmdr. Victor Lange said the name of the exercise originated from Operation Cartwheel during World War II, in which the U.S. fought alongside the militaries of Australia, New Zealand and Fiji -- then a British colony -- to neutralize the Japanese base at Rabaul in Papua New Guinea.

"But the cooperation should not be directed at third parties," Wang told reporters in Beijing.

The United States has promised greater engagement with the South Pacific after China and the Solomon Islands signed a bilateral security treaty in May that has raised concerns of a Chinese naval base being established in the region.

U.S. Vice President Kamala Harris told a South Pacific leaders' summit in Suva in July that the United States will open new embassies in Tonga and Kiribati. She also flagged a tripling of U.S. funding for fisheries assistance to $60 million.

BEIJING -- China toned down its rhetoric on Taiwan on Wednesday, saying it is inevitable that the self-governing island will come under its control but that it would promote efforts to achieve that peacefully.

The comments followed recent remarks by President Joe Biden that the U.S. would defend Taiwan if China were to invade and came a day after U.S. and Canadian warships sailed through the Taiwan Strait.

They don't appear to signal a change in policy as much as a broader attempt to calm the waters on multiple fronts in the runup to a major meeting of the ruling Communist Party next month.

"I would like to reiterate that ... we are willing to strive for the prospect of peaceful reunification with the greatest sincerity and utmost efforts," Ma Xiaoguang, the government spokesperson on Taiwan, said when asked about growing concern that China might resort to force.

Ma, speaking at a news conference on the Taiwan issue, did not use the word force in his response, as he has in the past. Instead, he said that China would take "resolute measures" against any provocative moves by Taiwan or its international supporters.

JERUSALEM -- Israel's prime minister has met with Turkey's president for the first time in 14 years, the latest sign of warming ties between the two regional powers after a long and bitter rift.

The office of Israeli Prime Minister Yair Lapid said he met with Turkish President Recep Tayyip Erdogan on Tuesday, on the sidelines of the United Nations General Assembly, the largest annual gathering of world leaders now underway in New York.

In his meeting with Erdogan, Lapid said he "commended" the recent restoration of full diplomatic ties between the countries and the appointment this week of a new Israeli ambassador to Turkey.

The scene of Lapid, the Israeli caretaker prime minister until new elections in November, warmly greeting Erdogan could serve to bolster his diplomatic credentials as an alternative to Israel's longtime former Prime Minister Benjamin Netanyahu. Netanyahu has billed himself as a world-class statesman, but relations with Turkey deteriorated during his more than a decade in power.

Erdogan has shown a willingness for warmer ties since Netanyahu left office last year. Over years of strained relations, Erodgan has been an outspoken critic of Israeli policy toward the Palestinians. Israel, in turn, has objected to Turkey's embrace of the Palestinian militant group Hamas, which rules the Gaza Strip. 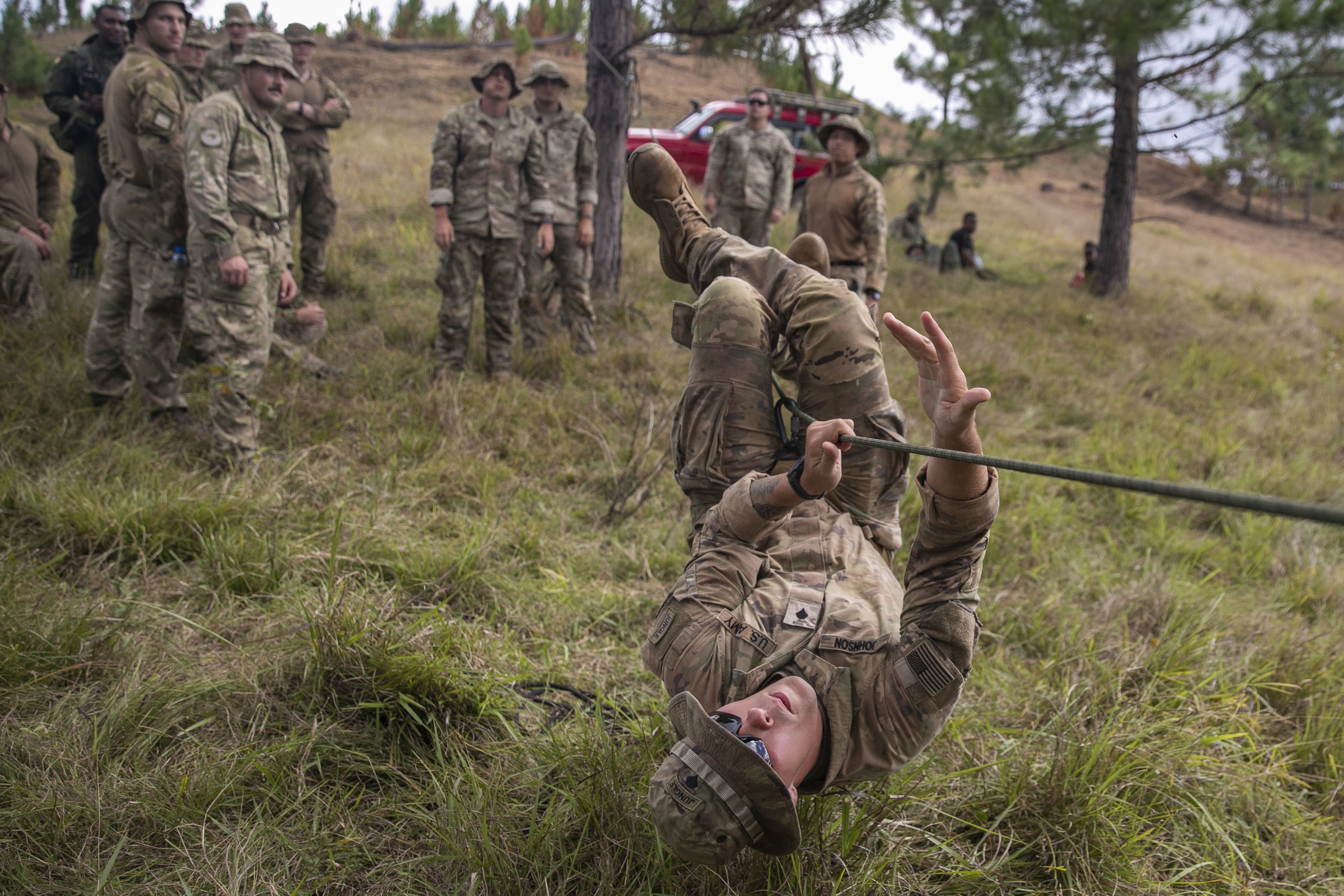 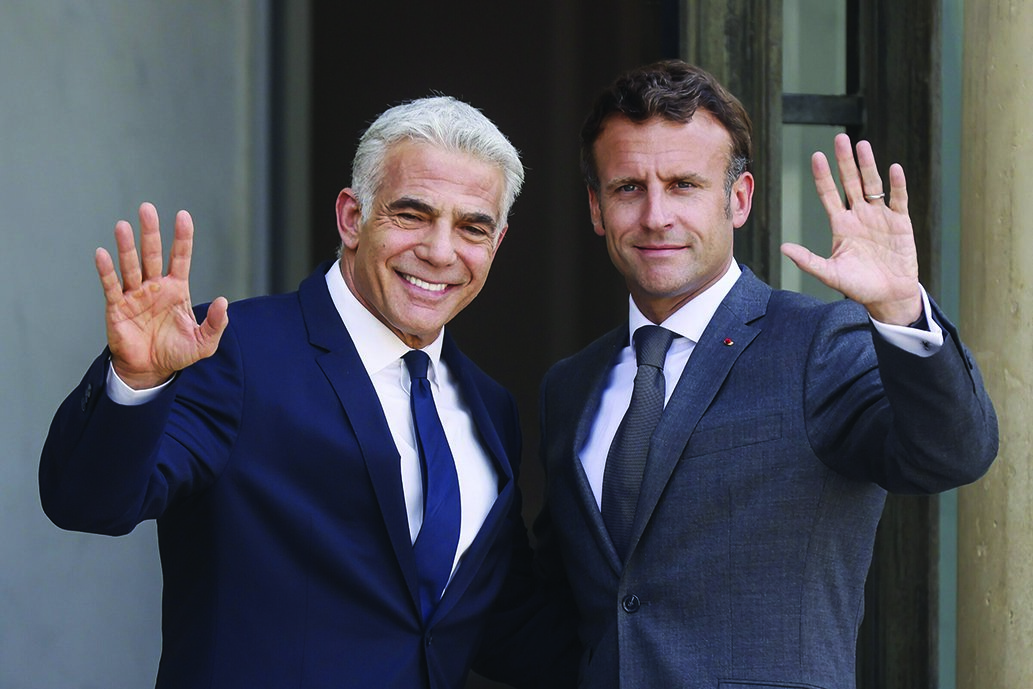 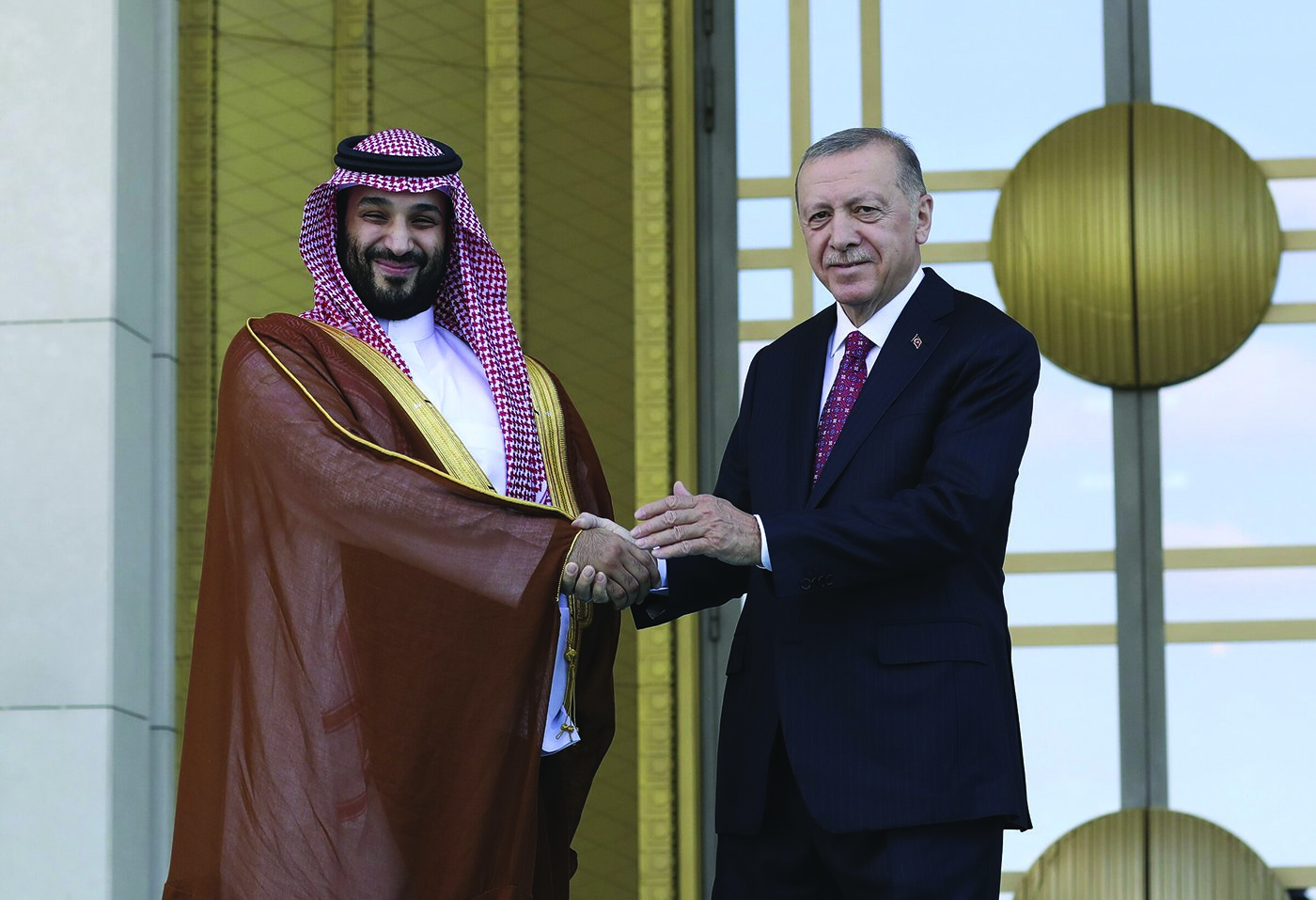