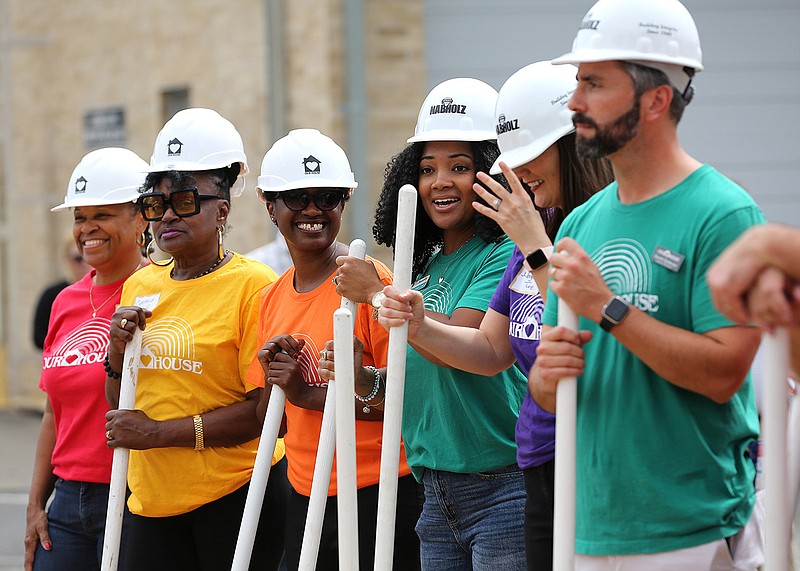 Our House board members line up for a photo Thursday after the groundbreaking ceremony for its $16 million expansion project in Little Rock. More photos at arkansasonline.com/923ourhouse/. (Arkansas Democrat-Gazette/Thomas Metthe)

Our House, a nonprofit dedicated to serving homeless Arkansans, announced Thursday $2.5 million in donations, bringing the organization near the finish line of its campaign to raise $16 million for a building expansion set to open next year.

Ben Goodwin, executive director, told a crowd during an official groundbreaking ceremony that about $450,000 is still needed to fund the 27,300-square-foot project.

The organization provides transitional housing for families and individuals in or facing homelessness with a focus on providing training programs and resources for career stability. The release says it serves 3,000 people annually.

Housing will be doubled by the expansion, increasing the capacity by 56 people, according to the release. The little learners expansion and out of school program for middle and high school students also will be doubled.

"We have to turn too many people away," the release said. "Three-hundred-and-sixty people in the month of October 2021 alone, including 49 families with 123 children. We haven't expanded our housing capacity in 17 years."

The 35-year-old organization first approved the expansion in 2019, its website shows.

Goodwin said Thursday the plan hit a snag during the pandemic. Rising construction costs forced him go back to the board for reassurance it still wanted to move forward, he said.

"They saw the need and they believed in the plan because they helped build our plan," Goodwin said.

He said the board gave a clear vote to proceed.

Overall 211 donors gave to the campaign, which includes $11 million for new facilities and $5 million for an operating budget, a release said.

Goodwin said three of the donations have been given in recent months.

The first was a $1.5 million matching grant from the Windgate Foundation. Another $1 million check was sent anonymously through the mail last week, and a third donation of $50.18 came from an 8-year-old who saved her allowance money for the cause.

"Every gift, every act of service, every prayer and every word of encouragement is a part of this," Goodwin said.

Goodwin said the organization has helped thousands in the past and plans to help thousands more in the future.

"The most important part is our client," he said.

Hezekia Pierce, 54, said he first entered the program at Our House in July of last year. He was going through a breakup and family and friends suggested he visit Our House.

"I needed help," Pierce said. "I started working on the grounds. It seemed like they just empowered you."

It took time to accept the program, he said.

"I'm always the type of person trying to help others, he said. "God was saying let me drive. I was in the driver seat, but I got into the passenger seat. I was still trying to grab the wheel. When I got into the back seat, that's when things started to happen."

Pierce said he joined a six-month entrepreneur class at Our House.

"I won number one in my class and they bought me lawn equipment," he said.

Pierce is now living on his own and managing his own lawn service company. 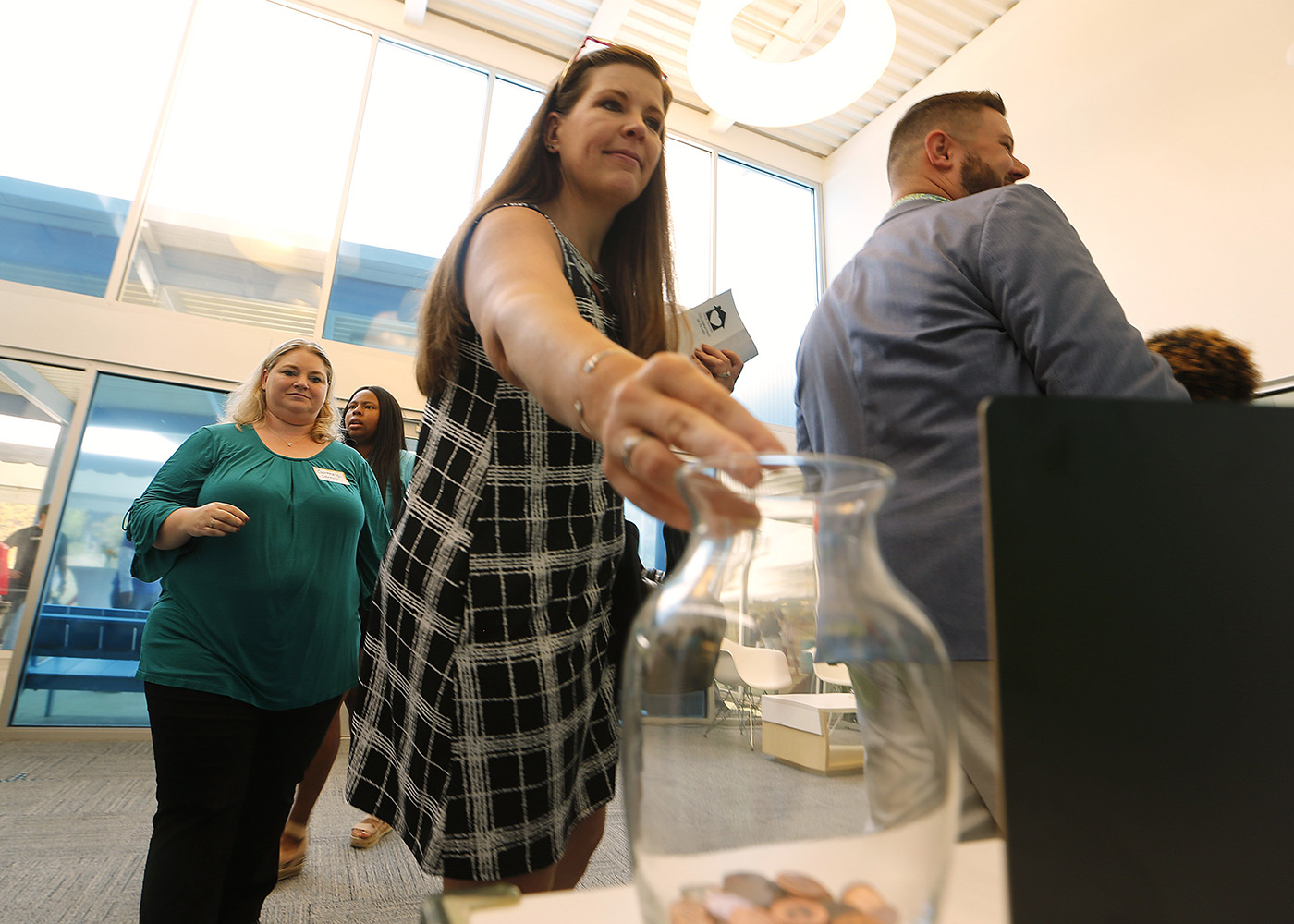 Tery Young (center) and Courtney Darrow (left) drop pennies into a jar Thursday after the groundbreaking event for Our House’s $16 million expansion in Little Rock. The pennies will be put into the foundations of the two Our House buildings being built as part of the expansion. (Arkansas Democrat-Gazette/Thomas Metthe)