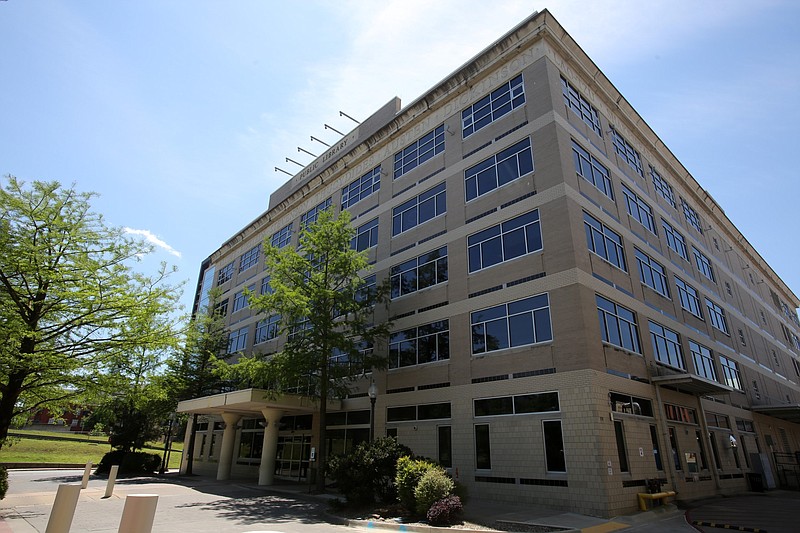 A group of architects has been selected to jointly spearhead the upcoming remodeling of the Central Arkansas Library System's Main Library in downtown Little Rock.

According to a written report that Central Arkansas Library System Executive Director Nate Coulter prepared for a board meeting Thursday, a committee of staff, board members and library supporters from the community reviewed the qualifications of architects and made the selection.

"All of these architects were involved in one way or another with the original construction at Main [Library] in 1994-1996. Last week they met with some CALS staff to start considering the implications for library operations during an extensive remodel," Coulter wrote. "The most significant of the immediate tasks are hiring a contractor and determining which services will remain available at Main during the remodeling."

Lance Ivy, the library system's director of facilities and operations, said at the board meeting Thursday that the next big step is doing requests for qualifications for the contractors.

The planned redesign is a product of the library system's May 24 special election in Little Rock.

At that time, voters approved lowering and extending a capital-improvement property tax levy in Little Rock from 1.8 to 1.3 mills and refinancing bonds. Last year, Little Rock voters approved an equivalent increase to the library system's millage rate in the capital city that funds operations and maintenance, raising it from 3.3 to 3.8 mills.

With an expected $22 million drawn from the bond refinancing, in addition to the redesign of the Main Library, officials at the library system plan to purchase a bookmobile and make other upgrades.

Witsell Evans Rasco as well as Polk Stanley Wilcox recently conducted an initial architectural study from which library system board members were shown preliminary renderings in June of what the Main Library could look like post-remodeling.

Coulter wrote in his report that bond underwriters at the firm Crews & Associates believe the library system remains on track for a late-October sale of the bonds.

The remodeling work at the Main Library may take between 12-18 months once it begins, Coulter wrote, "depending on how much of the building is closed to the public while the work is done."

Coulter has said that the remodeling work might not begin until the middle of next year.