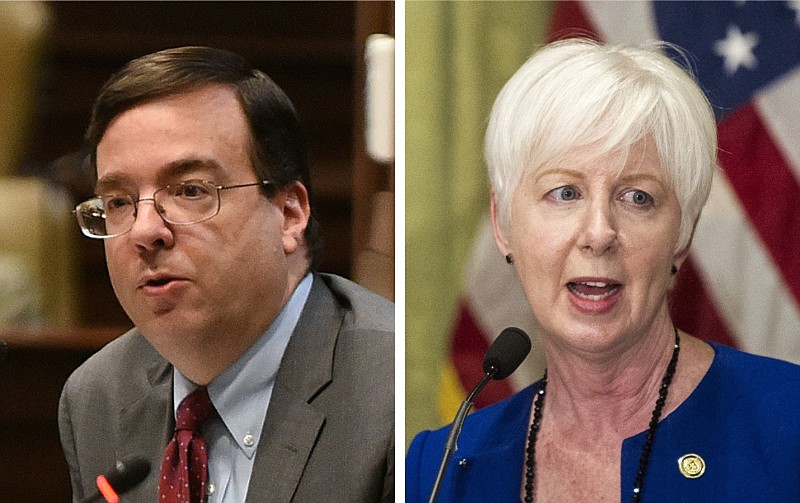 The governor appointed White, of Bryant, as the department's secretary, effective Oct. 8.

"I have the utmost confidence in Mark to lead the Department of Human Services," Hutchinson said in a news release issued by his office.

White said the department's mission is to improve the quality of life for all Arkansans by protecting the vulnerable, fostering independence and promoting better health.

"Secretary Cindy Gillespie has led DHS in making great strides to pursue this mission, and I look forward to working with the Governor and the Arkansas General Assembly in continuing that good work," he said in the news release.

The department secretary job is widely considered one of the most difficult executive branch jobs in state government due to the department's wide scope of responsibilities that range from youth services to Medicaid that sometimes lead to controversy.

Both House Speaker Matthew Shepherd, R-El Dorado, and Senate Democratic leader Keith Ingram said late Thursday that White has been helpful to state lawmakers inquiring about matters at the department and is very capable of serving as the department's secretary.

Shepherd said he looks forward to working with White in his new role as the department's secretary.

Sen. Missy Irvin, R-Mountain View, said Thursday night that White is always seeking to find the best solutions through collaboration with all parties and with lawmakers.

"He has worked many years to improve the many, many programs under the Dept. of Human Services. I think it is a great appointment," Irvin said in a text message.

Besides serving as the department's chief of staff, White also serves as its chief legislative and intergovernmental affairs officer. He represents the department before the Arkansas Legislature and serves as a primary point of contact for legislators, elected officials, lobbyists and other state agencies, according to the governor's office.

In 2017, Hutchinson appointed White to the Governor's Transformation Advisory Board, which helped lay the groundwork for the reorganization of state government under which 42 executive-branch agencies were melded into 15 departments, starting in July of 2019.Hutchinson also appointed him to serve on the Arkansas Health Services Permit Commission.

Since he joined the department in 2013, White has served in a variety of capacities including work in the secretary's office, the office of chief counsel, and the Division of Aging, Adult and Behavioral Health Services.

He is a graduate of Ouachita Baptist University and the University of Arkansas School of Law.

The Department of Human Services has an annual budget of $10.6 billion and 7,381 positions, according to a department spokesman. It currently employs about 6,600. The state's Medicaid enrollment totaled 1,118,566 as of June 30.