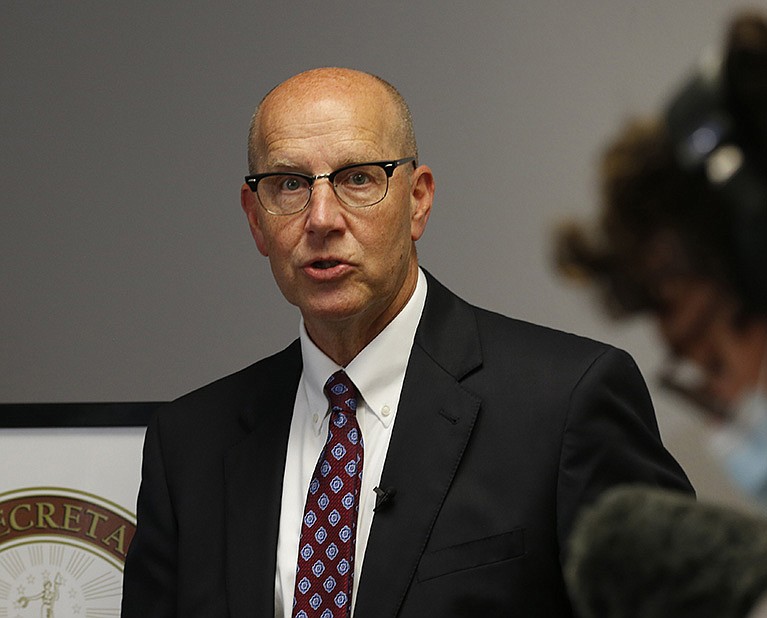 The Arkansas Supreme Court on Thursday overturned a decision by the state Board of Election Commissioners, paving the way for legal recreational marijuana to be included on the ballot for the November general election.

The decision also calls into question the role the Board of Election Commissioners have when it comes to declining certification of ballot titles.

The decision comes less than a week after John Thurston, secretary of state, said in a declaration to the Arkansas Supreme Court that the proposed constitutional amendment was insufficient because the state Board of Election Commissioners did not certify the ballot title and popular name.

Wynne said in the opinion that the court recognizes it is impossible to prepare a ballot title that would suit everyone.

The initiative limits the sale of cannabis to people 21 or older and prohibits advertising and packaging designed to appeal to children. It provides regulatory oversight by limiting the number of licensed businesses, and does not allow for homegrown cannabis.

Supreme Court Justices Shawn Womack and Barbara Webb concurred in part while dissenting in part with the decision.

The decision is part of a weekslong court battle in which two ballot-question committees opposed to the recreational marijuana proposal were allowed to intervene in the case.

"I'm just extremely gratified the court saw it the way we had from the very beginning and the votes of the people are going to count," said Steve Lancaster, counsel for Responsible Growth Arkansas.

Shealyn Sowers, a spokesperson for Gov. Asa Hutchinson, said Thursday that the governor wanted more time to go over the court's decision and declined to comment.

Amanda Priest, a spokeswoman for the Arkansas attorney general's office, said Thursday that the state Supreme Court had issued its opinion and it is up to the voters to decide the fate of the ballot measure.

Officials for Responsible Growth Arkansas had filed a petition seeking a preliminary injunction because the Aug. 25 deadline for certification of initiated measures was pressing. It also had asked the court to order Thurston to conditionally certify the petitioners' proposed amendment pending the court's decision.

The proposed amendment would issue adult-use cannabis cultivation and dispensary licenses to businesses that already hold licenses under the state's medical marijuana program, followed by an additional 40 licenses chosen through a lottery.

Board of Election Commissioners member Bilenda Harris-Ritter, the Republican Party's designee, made the motion to deny the ballot title and popular name for the amendment partly because it would repeal the current THC limits without explaining if a new limit would be set.

The current limit for THC, the main psychoactive compound in marijuana, is 10 milligrams in food or drink products.

Lancaster argued the role of the Board of Election Commissioners is not to judge the amendment itself but to see if the ballot title has language that is misleading or omits information that could change voters' minds.

Two ballot-question committees, Save Arkansas from Epidemic and Safe and Secure Communities, which oppose the recreational marijuana proposal, were allowed to intervene in the case.

Safe and Secure Communities filed its motion Aug. 24, stating the committee was created to "educate the public about the consequences of legalizing marijuana for personal use, and advocate for the defeat of an amendment to the Arkansas Constitution allowing the regulated sale of adult-use cannabis in the state."

The respondent-intervenor for the committee is Michael McCauley, who is listed as treasurer of the organization. The largest donation received by the group was $250,000 from Ronald Cameron, CEO of Mountaire Corp.

A week earlier, the court granted a request by the Save Arkansas from Epidemic committee that sought to protect the interests and rights of Arkansans who oppose the legalization of recreational marijuana.

That request was filed by Fairfield Bay Police Chief David Burnett, in his capacity as chairman of the committee, and Little Rock lawyer AJ Kelly.

Responsible Growth Arkansas questioned the constitutionality of the statute, arguing by giving the Board of Election Commissioners the authority to determine whether to certify a ballot title and popular name it violates the Arkansas Constitution.

"Article 5, section 1 provides in relevant part that the ballot title 'shall be submitted to the State Board of Election Commissioners, who shall certify such title to the Secretary of State, to be placed upon the ballot' and that 'the sufficiency of all state-wide petitions shall be decided in the first instance by the Secretary of State, subject to review by the Supreme Court of the State...," court documents stated.

Wynne wrote this means the board had no authority to decline to certify the ballot title to the secretary of state, and its action is without legal effect.

"The ballot title does not need to cover every detail of the proposed amendment," he wrote. "Not every term must be defined in the ballot title."

Justice Rhonda Wood wrote in her concurring opinion that she is confident Arkansans can read the ballot title and understand that a vote for the initiative is a vote in favor of legalizing recreational marijuana, and that their decision could have a wide-ranging impact on current medical-marijuana laws and regulations and children.

"It is for the people -- not this court -- to exercise the right to amend the constitution, and our court must continue to preserve this first power of the people of Arkansas by not supplanting their decision with ours," she wrote.

Womack, who concurred in part and dissented in part, wrote that he agreed with the court's conclusion that the state Board of Election Commissioners cannot determine the sufficiency of a ballot title and popular name of proposed constitutional amendment and that only the secretary of state may do this.

"But because the ballot title is partially misleading, the Secretary of State correctly declared it insufficient, and I would deny the petition," Womack wrote. "... the ballot title fails to sufficiently advise voters of the magnitude of the change and gives the marijuana industry greater leeway to operate with limited oversight in these areas."

Womack wrote that the proposed ballot title is neither complete enough to reveal the scope of the proposed amendment nor free of misleading omissions regarding the issue of child protection, and that is why he believes the secretary of state correctly determined it was insufficient.

Burnett, chair of Save Arkansas from Epidemic, said Thursday that Womack's opinion was the correct one.