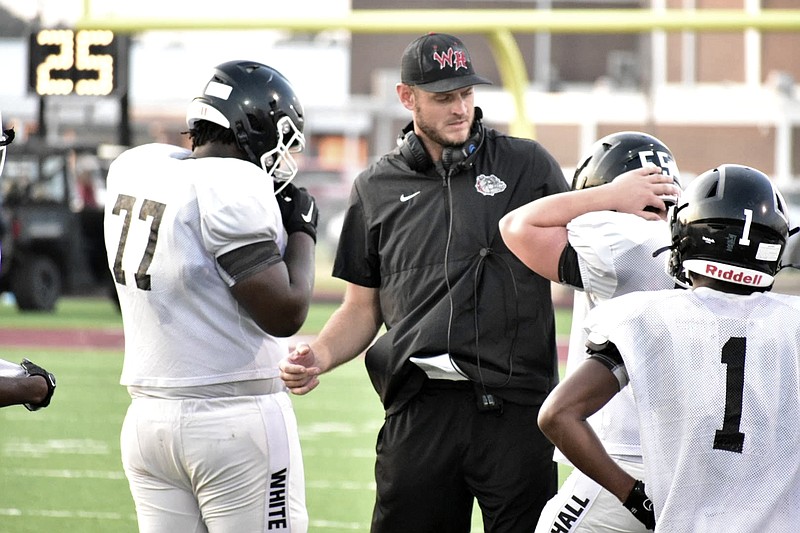 Ryan Mallett is 2-2 in his first season as White Hall head coach. A win over fourth-ranked Mills will keep White Hall well in the thick of 5A-Central Conference race. (Pine Bluff Commercial/Ryan Mallett)

Lee went up Interstate 530 to take the reins at Mills, and he has turned the Comets into a championship contender in their first season back in Class 5A. He's 19-18 at the Pulaski County campus, increasing his win total by one game in each of his first three seasons and getting Mills off to a 4-0 start (2-0 in 5A-Central).

Oh, and Mills is also ranked No. 4 in 5A, a year after moving up in class and earning its first winning record since going 9-3 in 2013.

"I think it's been a process where you have to be detailed and make sure kids buy into building a program," said Lee, a 1992 Dollarway graduate. "I know it's kind of a cliche, but it's baby steps because prior to me getting here, we had a losing streak before I got here and we hadn't been to the playoffs, so morale was down. The numbers were real low. It's been an arduous process, and guys eventually started understanding we were going to be disciplined."

Lee understands the rebuilding job Ryan Mallett has taken on at White Hall. Mallett's Bulldogs are 2-2 (1-1 in 5A-Central) a season after going to the 5A final under Bobby Bolding, but they're also 12 points away from being unbeaten, coming off a 7-point loss last Friday against Beebe.

White Hall will welcome Lee's Comets for the second of a three-game homestand at Bulldog Stadium, with kickoff at 7 tonight. The Bulldogs will be off next weekend before hosting Morrilton for homecoming.

"White Hall has improved this year and they play hard," Lee said. "They have that blue-collar mentality, so I know it's going to be a competitive game. As far as any types of emotions or feelings, I leave those in the past and I control only what I can control, and that's our program here."

White Hall held Beebe to 14 points last week, a season low for the defense. Sophomore Marshon Jordan and senior Aiden McHan, both linebackers, lead the entire state in total tackles this season with 62 and 53, respectively, and are big reasons why defense has kept the Bulldogs in big games.

"We're getting to the ball well," Mallett said. "We need to create more turnovers. We gave up just 7 points on offense. We gave up one big play, or they'd have had about 100 yards of total offense.

Mallett referenced Kiandrea Barker's 92-yard carry in the third quarter, which made up nearly half of Beebe's 194 total yards.

Asked what the Bulldogs have to do better to knock off the undefeated Comets, Mallett responded: "Everything. We've got to keep the ball in our hands and we can't get penalties. That's what we've been preaching all year. Turnovers and penalties will get you beat every week."

White Hall committed 10 penalties for 90 yards and struggled to make catches against Beebe while scoring a season-low 7 points. The Bulldogs threatened to pull off a stunning comeback after recovering an onside kick, but three penalties and an incompletion on fourth down -- despite two big completions by junior quarterback Noah Smith -- stalled their last drive with 28 seconds left.

Noah Smith and classmate Jayden Smith have been almost equally effective running the ball, going for 100 and 99 yards against Beebe, respectively. They totaled 132 and 130 yards against Maumelle a week earlier.

Mills has beaten Forrest City, Rivercrest, Beebe and Watson Chapel by an average of 46-20. Running back Daniel Brown Jr. is averaging 8.3 yards per carry, and wide receiver Q.J. King has caught 21 passes for 405 yards for the Comets with Achilles Ringo at quarterback.

"They've got all those athletes, and we all have to try to do our best to contain them," Mallett said. 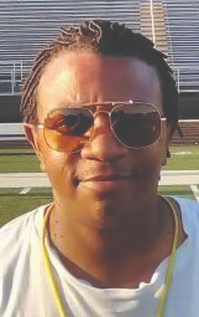