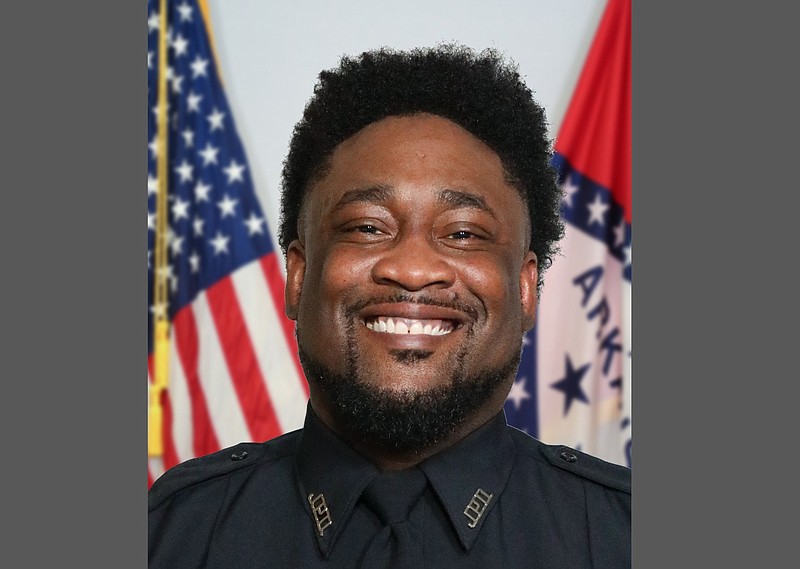 An Arkansas State Police investigative case file on the death of a Jonesboro police officer who died while training at a state police academy has been moved to the Pulaski County prosecuting attorney's office, J.R. Hankins, director of the Commission on Law Enforcement Standards and Training, said Thursday.

Vincent Parks, 38, died July 17 after participating in physical activity on his first day of the academy held at Camp Robinson in North Little Rock, Hankins previously said. Parks was a newly sworn in officer.

The commission originally released a statement that Parks did not participate in any physical training prior to his death. The statement was released under the direction of former commission director Jami Cook. Cook resigned because of health issues in August.

Central Arkansas was under a heat advisory from 1 p.m. to 8 p.m. that Sunday, according to Dylan Cooper, a meteorologist for the National Weather Service in North Little Rock. Heat advisories are put in place when heat indexes could reach 105 or greater for a region.

A legislative hearing on Parks' death had been scheduled and canceled multiple times as of Thursday, as legislators wait for the Arkansas State Police to finish the investigation.

The case file sits in the hands of Prosecuting Attorney Larry Jegley. If Jegley finds criminal wrongdoing, the file will remain closed until all court proceedings are complete. If he finds no criminal action taken, the file will be opened to the public.

Hankins said Thursday a death investigation conducted by the Arkansas State Police will always be sent to the prosecuting attorney for review.

At this time the commission hasn't decided to conduct any internal review, Hankins said.

The commission is looking at ways to limit injury or death while training at the academy, Hankins said. This includes the commission researching an extreme heat policy for training similar to what is used by the military.

Each branch of the U.S. military uses a flag system to determine the intensity of physical exercise allowed at each wet-bulb temperature.

The U.S. Marine Corps doesn't allow physical training and strenuous exercise at a black flag or wet-bulb temperature of 90 or above, according to its website.

The flag system also takes into account personnel's acclimation to extreme heat. At 88 to 89.9, all activity for any personnel with less than 12 weeks' training in hot weather should halt, the website states. Physical activity should be halted for anyone with less than three weeks of heat exposure at 85 to 87.9.

Hankins also is reviewing how to strengthen health screening processes prior to officers attending the academy, he said Thursday.

Parks is survived by his wife and daughter. Elliott said previously that Parks had wanted to be in law enforcement for many years and was finally starting the career later in life.