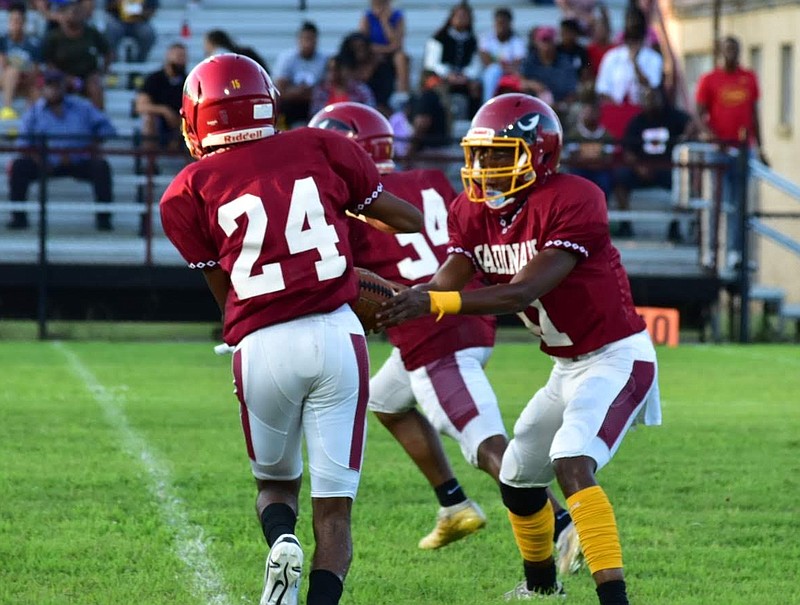 The Dollarway Cardinals are ready for their first win.

The Cardinals play their first Conference 3A-6 game at 7 tonight on their home turf against the Rison Wildcats. The Cardinals (0-3) have yet to win a game this season. The Wildcats are 3-1, but this is also the Wildcats' first conference game.

"We are ready," Cardinals Coach Martese Henry said. "We're going to lay our hat on our defense."

Henry said he had spent the week moving players around to take on the Wildcats. He has been working on the team's depth chart and has "installed some new things" that the team hasn't done in previous games.

"We've been working on blocking and tackling," Henry said.

The Wildcats' only loss came against the Monticello Billies in their first game of the season -- but only by one point (20-19.) The Wildcats beat the Dumas Bobcats 31-12 in Dumas. They then went on to wins against Bismarck (34-31) and Dardanelle (44-28).

The Cardinals were off last week but they have had a rough start this year, especially two weeks ago when they played Camden Fairview. Fairview shut down Dollarway 48-0 before halftime, when a thunderstorm approached.

Coaches and athletic directors from both schools agreed to cancel the second half with Fairview's insurmountable lead and the potential for more lightning in the area.

But moving on is the name of the game and that's what Henry is doing.

"Our seniors have taken the lead and they will lead by example," Henry said.