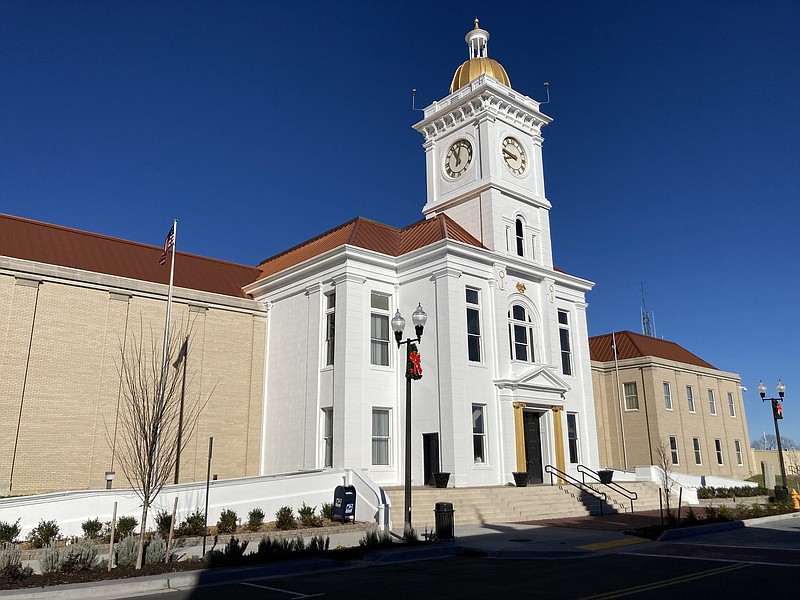 A Pine Bluff man who stood trial for capital murder avoided a guilty verdict on the charge but was given a three-year prison sentence for aggravated assault in a 2019 shooting that left a man dead.

Arnett Raphael May Jr., now 22, agreed to plead guilty to aggravated assault in exchange for a nolle prosequi, or the prosecutors' decision to abandon the murder charge, during a two-day trial heard before 11th District West Circuit Judge Alex Guynn.

May was given credit for three years served, but also received a three-year suspended sentence, meaning that he could return to state prison to serve the time if he gets in trouble again.

May was 19 when he was charged with killing Sa'Tavis Reece, 18, on South Richard Drive in Pine Bluff on July 17, 2019. According to a police affidavit, Reece told officers he didn't know why he was shot.

Police Det. Ryan Moheb, the affiant, wrote that video footage revealed Chi'Dra Thomas and a group of males approached the passenger side of Reece's vehicle.

Thomas reportedly pulled out a handgun and handed it to May, then was seen pulling back and struggling with May before running away from the vehicle. Thomas reportedly turned and fired a single gunshot as he ran.

According to the affidavit, May was accused of stealing the gun and Thomas reportedly tried to take back the gun because he feared for his life. Thomas reportedly said May held onto a rifle while attempting to keep the handgun in his possession.

Reece and May were seen exiting from the car, according to the affidavit. May reportedlyaimed toward Thomas and then went back in the front passenger seat.

A rear occupant was reportedly seen pointing a rifle toward Thomas, "sat in the driver's seat and took control of the vehicle," Moheb wrote.

"As the vehicle drove east on South Richard Drive, May was seen hanging out of the passenger window while holding a rifle," Moheb wrote.

Reece died at UAMS Hospital in Little Rock 3½ hours after being shot.

He suffered an entry wound on the outside of his right arm, with the exit wound on his right forearm.

Thomas was granted immunity during the trial, according to defense attorney Bill James of Little Rock.

"My client [May] understands the seriousness of the matter," James said.

"He lost one of his best friends. He was gone working in Fayetteville after this happened, and he's looking forward to getting back to work and going to college. It's a tough lesson to learn, but he understands how bad this could have been."

A warrant for May's arrest was served in September 2019.

A capital murder conviction in Arkansas is punishable by a life sentence without the possibility of parole or death.