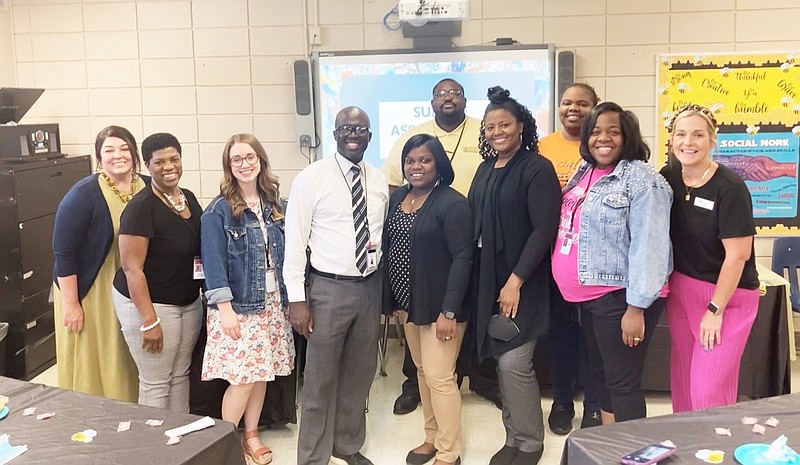 The training about suicide during the social workers' monthly meeting was provided because of the serious public health problem of suicide. Suicide has long lasting harmful effects on individuals, families, and the Pine Bluff community as a whole, according to a news release.

"Suicide is death caused by injuring oneself with the intent to die," according to the Centers for Disease Control and Prevention. "A suicide attempt is when someone harms themselves with any intent to end their life, but they do not die as a result of their actions."

Rudkins said that more than 700,000 people die by suicide every year, suicide was the 17th overall leading cause of death in 2019, and one person dies every 40 seconds by suicide.

Additional training to the district was offered free by Goyne.

"The work done by district social workers is vital to saving the lives of scholars considering the fact that suicide is the second leading cause of death for children and adults ages 10-34," according to the release.

District social workers were very appreciative of the user friendly information and the life-saving tools provided at the event, a spokesman said.