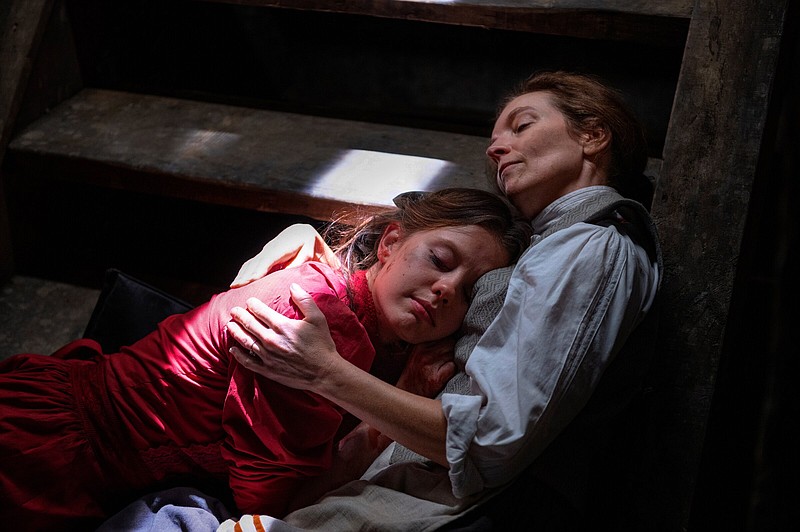 I had reasonably high expectations for "X," an unashamed ode to slasher movies and grindhouse sleaze released earlier this year. Sadly, it ended up feeling more like a trashy knockoff than anything remotely fresh. But then it was announced that director Ti West had secretly shot a prequel immediately after the filming of "X" had wrapped. That prequel was "Pearl," an origin story for the first film's antagonist set back in 1918. Its trailer offered a stylish and delightfully brutal blast of Technicolor-soaked horror. I was instantly intrigued.

Because of "X," I entered "Pearl" with a fair amount of caution. After seeing it, I left the film mostly impressed by what West had put together. "Pearl" is impossible to put into a single box. It's a rural horror movie, a psychological thriller, a pitch-black comedy, a gonzo exploitation flick. And while not all of it fits together seamlessly, West's focus is tighter and he doesn't stray off course or get bogged down in as much nonsense this time around.

"Pearl" truly is West's baby. He directs, edits, co-writes, and co-produces. But most people leave the film talking about its star, Mia Goth (who's also credited as co-writer). The British actress pulls out her thick Southern accent and steps back into the skin of Pearl, a troubled young woman with a twisted imagination and big dreams of becoming a movie star. Goth played an elderly Pearl in "X," but here she gets to put aside the heavy prosthetics to play a younger Pearl at a crucial point in her life.

The movie's sumptuous opening puts us right back on the farm from "X." West starts us in the barn, swinging open its large double doors to reveal a sun-bathed yellow farmhouse surrounded by bright green grass. It's almost Rockwellian in its presentation. Yet before the opening credits are done, West and Goth give us a jolt just to let us know there's nothing idyllic about the world we've entered. And from that moment there's a lingering sense of unease, which West maintains to the film's eerie final frame.

I can't overstate how essential that uneasy feeling is to the movie's success. West wants us to know from the start that Pearl is unwell. Sure, people who have seen "X" already have a good idea. But for those who haven't, West makes it clear in the opening moments. With that understanding comes anticipation. We know bad things are coming. We know she's going to break. The question becomes when and how? What drives her? How far does she go? West has us in the palm of his hand. It's just up to him to deliver the payoff. For the most part he does.

While the ever-present simmer of dread is vital, Goth's performance is the centerpiece. Aside from the hints of theatrics in a few scenes, Goth really sells us her damaged character. But what stands out most is her ability to make Pearl uncomfortably deranged while earning our empathy. Some of it is due to West's script, which gives Pearl room to develop and her circumstances time to metastasize. But most comes from Goth who captures every twisted facet of her character.

"Pearl" takes place as World War I and the equally deadly Spanish Flu epidemic were nearing their ends, yet the reverberations of both were still being felt across the globe. With her husband, Howard, away at war, Pearl is left to tend to her parents' farm and help her stern German-born mother (Tandi Wright) take care of her wheelchair-bound father (Matthew Sunderland). But Pearl's heart is elsewhere. She dreams of fame and has an unhealthy obsession with being a movie star. She sees it as her ticket off the farm, much to the chagrin of her cynical mother.

There really is no deep, complicated narrative to follow. After developing its setting and her circumstances, the movie simply follows Pearl over the next several days as she encounters people and situations that will ultimately play into her inevitable breakdown. Among the key players is a hunky bohemian theater projectionist (David Corenswet) who shows Pearl a stag film he picked up while in Europe (a lazy, wedged-in attempt at linking to "X" and the forthcoming third film). And there's Mitsy (Emma Jenkins-Purro), Pearl's sister-in-law who accompanies her to a church-sponsored dance troupe audition.

This simple yet effective approach paints us a rich and detailed portrait of Pearl -- one that grows more unsettling by the minute. Along the way, West uses his story to comment on quarantine life, pandemic era paranoia, and the damaging effects of isolation. There's also a brilliantly layered examination of family dysfunction that shows how deep-seated pain can fester into something toxic and destructive.

"Pearl" is a deliciously unhinged slice of period horror that'll have you chuckling one minute and squirming in your seat the next. It improves on "X" in nearly every perceivable way, yet it's very much its own movie that feels plucked out of time. The visual craft, the ingenious score from Tyler Bates and Tim Williams, and of course Mia Goth's next-level performance are all crucial to realizing West's vision. And while there are reasons to be leery of the teased third film, it doesn't hinder the enjoyment of "Pearl," which is plenty able to stand on its own. 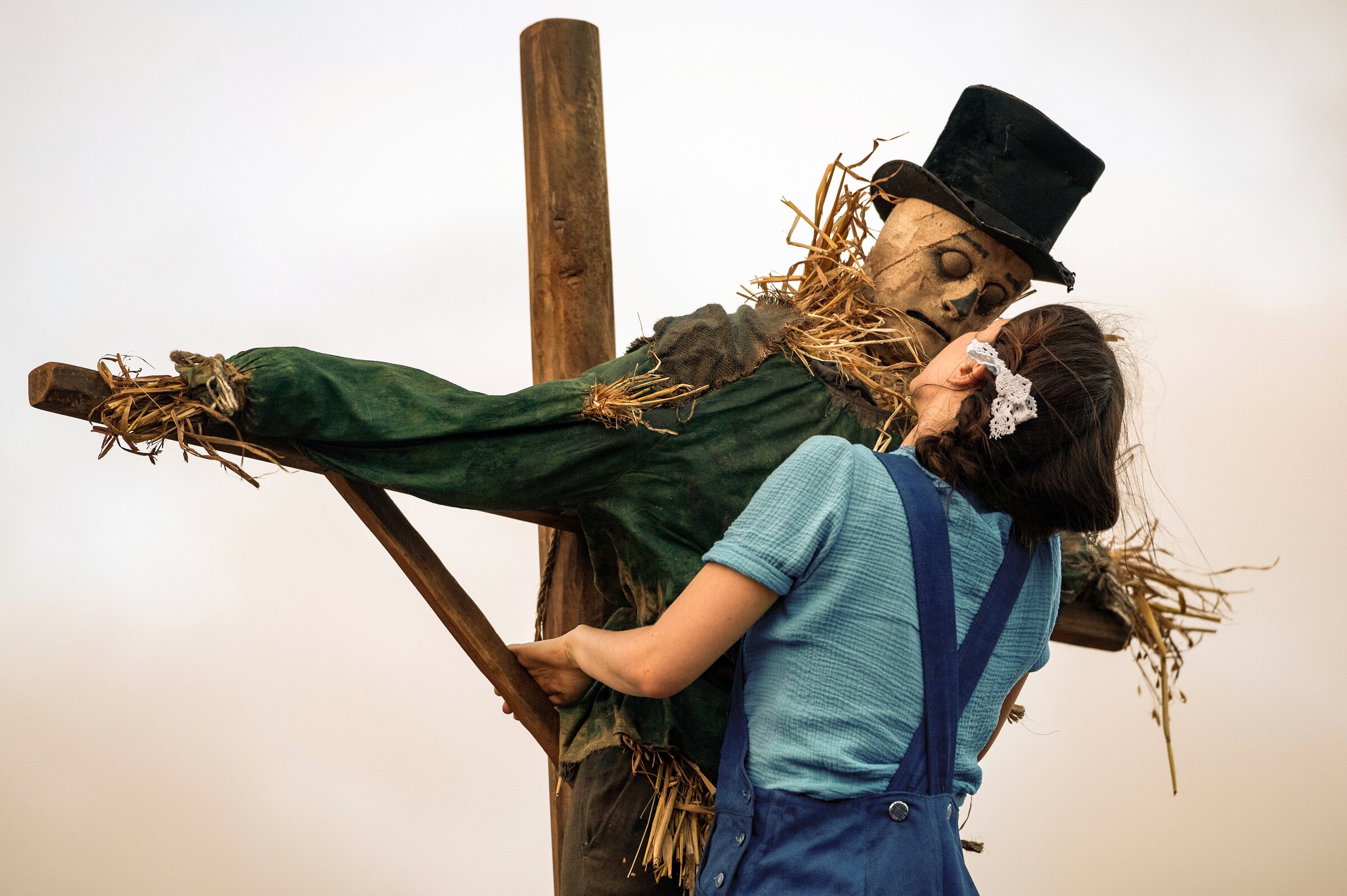 Not in Kansas anymore: Serial killer-to-be Pearl (Mia Goth) has a moment with a scarecrow in Ti West’s “Pearl.”