LUCAS, Texas -- Two of the top University of Arkansas football targets in the 2024 class attend the same high school, and it appears the Hogs are in good shape with both.

Livingstone plans to make his sixth trip to Fayetteville for the Alabama game on Oct. 1.

"I love Arkansas and Fayetteville and the coaching staff," Livingstone said. "I love everything they have to offer, basically."

"Coach Pittman is a great person," Livingstone said. "I love him and he does a great job ... and the same with Coach Guiton and Coach Loggains. They all do a good job recruiting and the offense they run is kind of similar to Lovejoy's, so it would be easier to transition into that."

Livingstone's great grandfather, A.B. Bradley, lettered for Arkansas in basketball in 1942-43 before being drafted into World War II. His grandmother's uncle played football for the Razorbacks in the 1940s.

His older brother Bradley is a junior at Arkansas.

College coaches were able to make direct contact with junior prospects on Sept 1 and since then the communication with Arkansas has been more intense with Facetime sessions, calls and text messages from the coaches.

"They text my parents, call my parents," Livingstone said of Arkansas.

Livingston made a sizable jump in his speed after bypassing baseball in the spring and running track. A consensus 3-star prospect, he's a candidate to see his rating bumped after he recorded a best of 21.69 seconds in the 200 meters during the spring.

"Early in recruiting I was being questioned about my speed," Livingstone said. "I didn't play baseball this year to run track, and I did that and ran the 200 and put up that time."

He also opened eyes last week after being recorded at 22.4 mph after making a reception and going 64 yards for a touchdown.

Pierce has developed a tight bond with Arkansas linebackers coach Michael Scherer and has praised the coach for contacting him so much.

"Since Sept. 1, there's been a bunch of calls and texts," Pierce said of Scherer. "We text regularly like every day and I have a real close relationship with him and it's been super fun. We Facetimed a couple days ago and got Coach Pittman on the phone."

He went 14-0 and won the Texas Class 5A wrestling title and helped Lovejoy win it's first wrestling team title.

Pierce recorded 131 tackles, 21 tackles for loss, 7 sacks, 5 forced fumbles, 10 pass breakups as a sophomore. He had 10 rushing touchdowns and 2 passing touchdowns while playing quarterback in the Wildcat formation.

Scherer is expected to attend his game today.

"He's like family almost," Pierce said. "I just think we just connect really well and I really think he wants to recruit me and wants me a lot. ... He's not just recruiting you as a football player, but who you are as a person."

ESPN rates him a 4-star prospect, the No. 2 inside linebacker and No. 119 overall recruit in the 2024 class. He has offers from Arkansas, Texas, Notre Dame, Oklahoma, Texas A&M, LSU, Wisconsin and others.

The communication from college coaches since Sept 1. has been overwhelming at times.

"I can't explain it," Pierce said. "I have school all day. Since Sept. 1, I'll get on my phone ... I'll take a block period at the end of the day like at 6:30 and just respond to everything. It's been crazy and it's not what I expected. It's lot crazier than I thought. It's getting text after text. You almost have to turn your notifications off. I respond to all the texts at the end of the day."

He said he plans to visit Wisconsin this weekend and at some point make a return trip to Fayetteville.

"We've been there enough and we know what it's like there," Pierce said of Arkansas. "We're just trying to get around and see how everything else is and kind of compare and contrast. We know Arkansas is right up there at the very top." 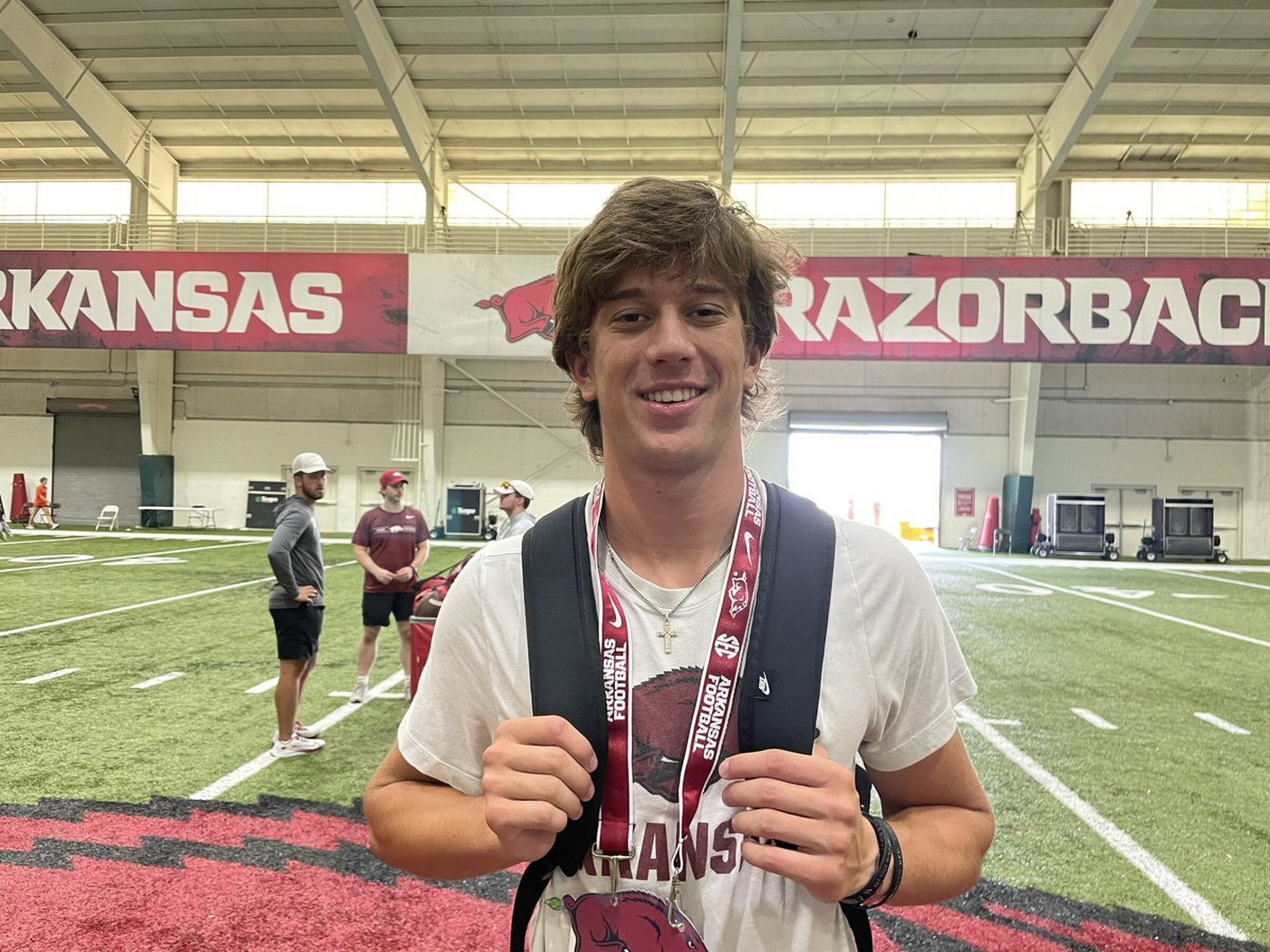 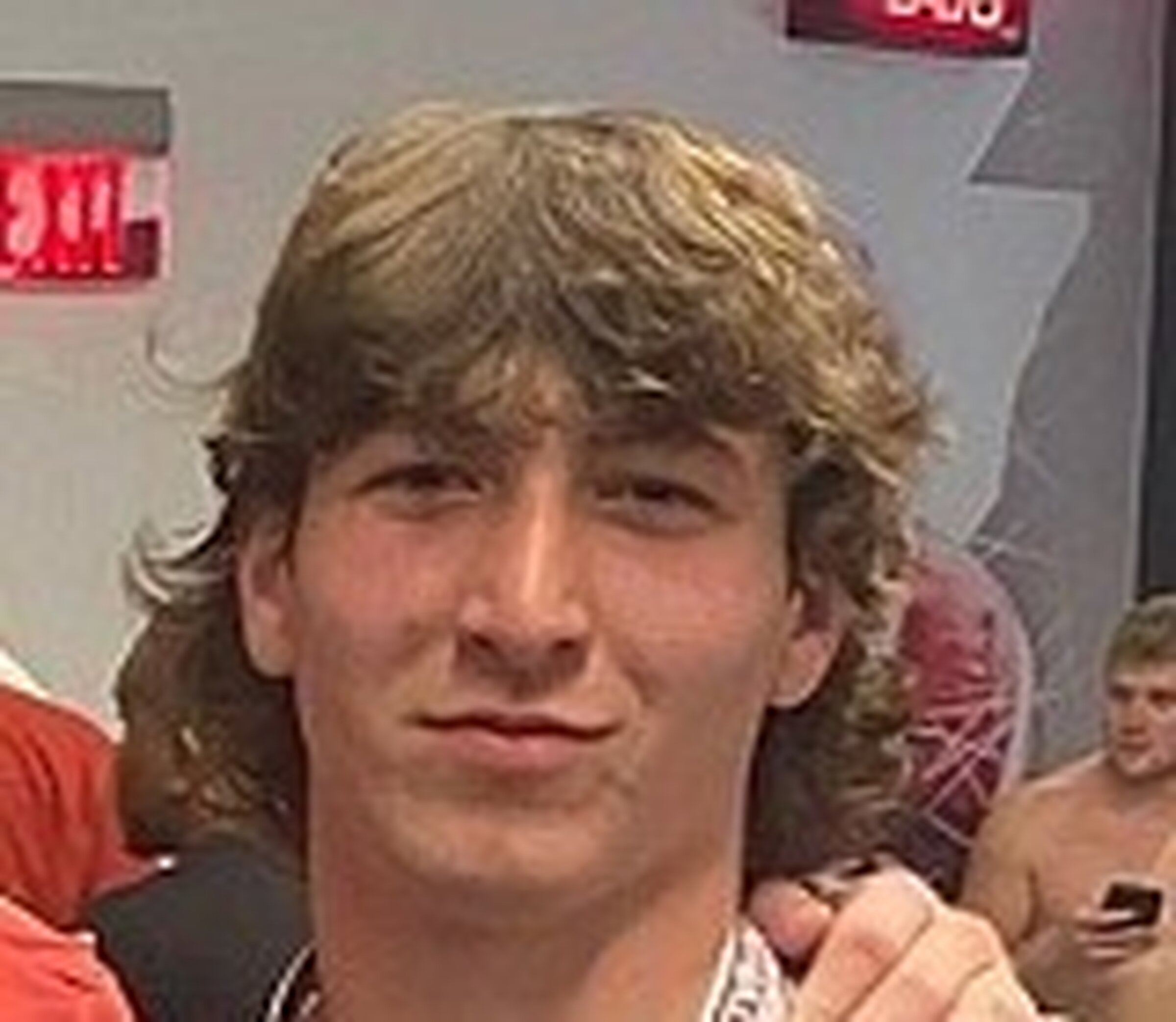