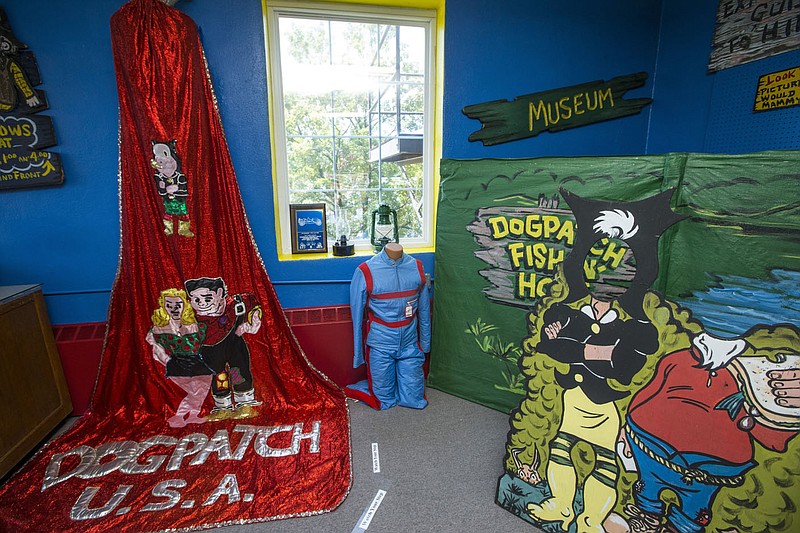 Parking meters do not immediately leap to mind as a captivating museum exhibit. They're unlikely to set a visitor's heart beating as swiftly as, say, the enigmatic smile of "Mona Lisa" or the reassembled skeleton of a Tyrannosaurus Rex.

But the vintage curbside devices displayed on the second floor of Boone County Heritage Museum turn out to have a certain charm as an offbeat attraction. They're among a bevy of oddities and novelties to be seen at one of Arkansas' largest and most eclectic local museums.

Located in the original Harrison High School, built in 1912, the Boone County attraction also houses objects as diverse as a gasoline-powered railroad car, two portable embalming tables, a fly net for a horse, a flattened bullet that killed a desperado, a varnished butter churn and the 1929 telephone switchboard from the city's landmark Hotel Seville.

The array of vintage parking meters fed by coins stems from the fact that Duncan Industries began making them in Harrison in 1936. The collection was assembled by Clark Selby, a former executive of the company, which at one time was the world's largest meter manufacturer.

Visitors learn that Duncan's original product was yo-yos, one of which is exhibited. The company's first parking meter was designed to give a receipt. But with mostly pennies being fed into the meters as the Great Depression persisted, receipts turned out to be too much trouble.

Duncan sold its meters internationally, so the instructions on some of the exhibited devices are printed in French, German, Gaelic and other languages. One of the meters was converted into a lamp. A chuckle-worthy photograph shows a horse hitched to a meter.

Featured in a ground-floor display case is an action-packed account about a desperado who met his end in Harrison on Feb. 18, 1921. The shootout happened when convicted murderer Henry Starr and three accomplices tried to rob People's State Bank of $6,000.

Starr, an in-law of famous desperado Belle Starr, was shot by former bank president William J. Myers. The flattened bullet is part of the exhibit. The badman, who had played himself in silent movies after previous pardons or paroles, died four days later in the city jail. His last whispered words to his grieving mother supposedly were: "I am satisfied to die. I have made my peace with God."

Back in horse-and-buggy days, flies were pestiferous to horses as well as humans. That explains the fly net draped over the model of a steed on the museum's second floor. This rare example of such handmade nets, complete with pockets that covered the ears for protection, was worn around 1900 by the buggy horse of Ida Jane Collins.

Another upstairs room showcases an assortment of memorabilia from the former Dogpatch USA, which operated as a theme park just south of Boone County from 1968 to 1993. Posters and souvenirs portray the backwoods characters based on the Al Capp comic strip "Li'l Abner." The abandoned park's property has been bought by the owner of Bass Pro Shop.

Opened in 1987, the museum is operated by the Boone County Historical & Railroad Society. A room is devoted to the former Missouri & North Arkansas Railroad. Other exhibits are focused on the Civil War and more recent conflicts involving American forces. Staff members are happy to show visitors around and answer questions.

The museum is among 21 locations mapped on the Self-Guided Historic Walking Tour available from the Harrison Convention and Visitors Bureau, 200 W. Stephenson Ave. Now a community of 13,000 on Crooked Creek, the city received its charter in 1878. The West Rush Historic Mural, a block from the courthouse square, depicts people and events of yesteryear. 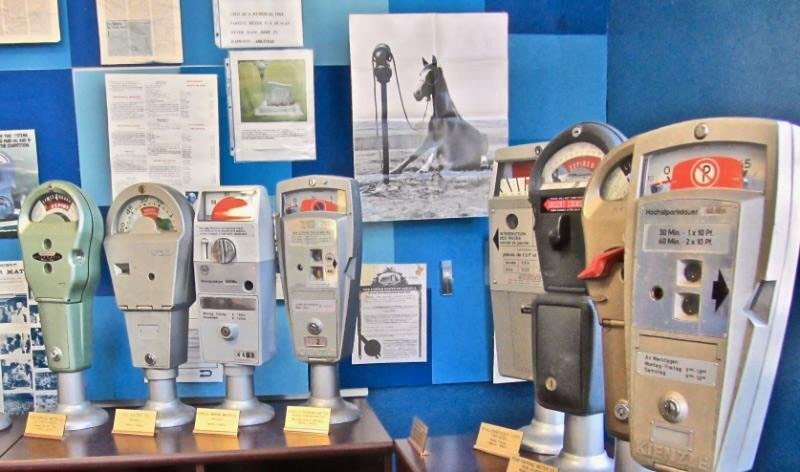 A bit of equine humor is pictured at Boone County Heritage Museum. (Special to the Democrat-Gazette/Marcia Schnedler)
More News