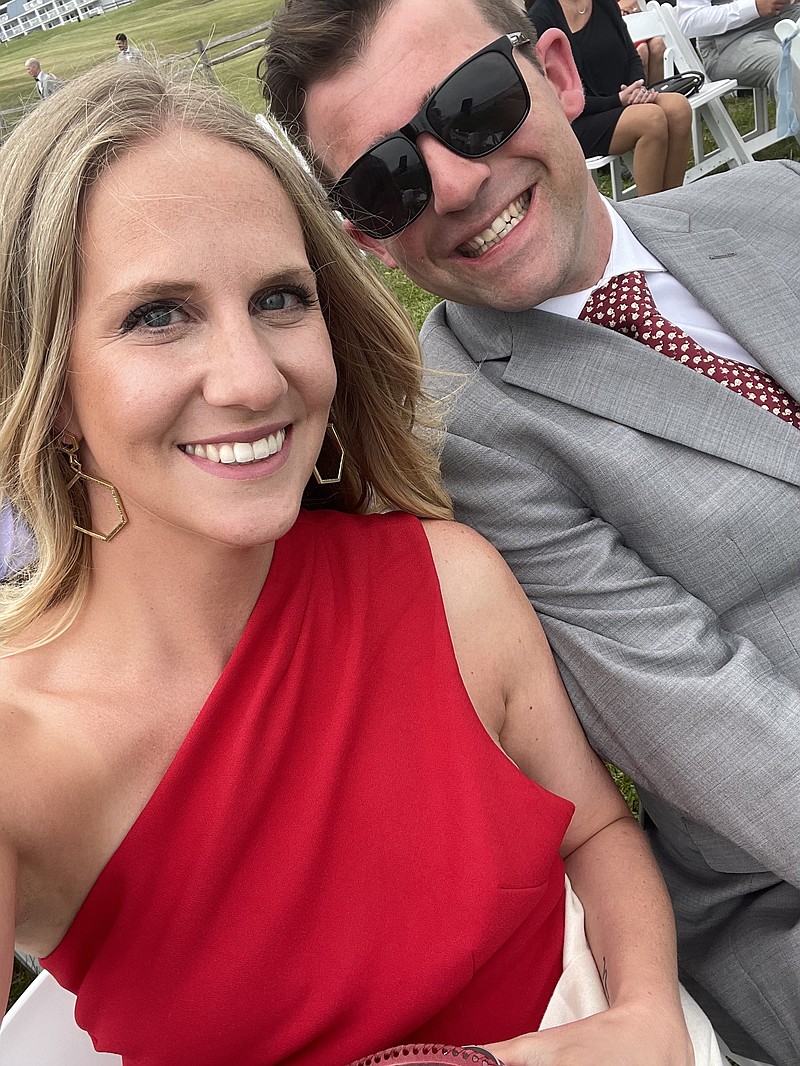 Lou Asci heard a woman had lost her diamond ring in the ocean at a New Hampshire beach, so he grabbed his metal detector and dove in before low tide -- which, that day, was 4:20 a.m.

Asci, 60, had seen Francesca Teal's post in the Hampton Beach Residents & Friends Facebook group, asking for "anyone who might have a metal detector" to help find her engagement ring -- which once belonged to her great-grandmother. Asci sprang to action.

Although he lives in Marshfield, Mass. -- more than 75 miles from North Beach -- he decided to help anyway. The Facebook post said the ring was a family heirloom, which made him especially eager to track it down.

"We've all lost something that was important to us," Asci said. "I had to at least put in the effort."

His three children gave him a metal detector for Father's Day five years ago, and ever since, looking for lost items has been his favorite pastime.

Asci saw Teal's Facebook post on Aug. 8, two days after she first shared it, and reached out to confirm the ring was still missing. His wife agreed to go with him on an adventure to search for it, and the following evening, they pulled up to the beach around 10 p.m. and found a parking spot. Then they tried to get some sleep.

"My wife and I decided to sleep in the car next to the beach, because I wanted to be there early for low tide," Asci said.

On Facebook, Teal told him exactly where she'd been swimming and where she thought the ring slipped off.

Wearing a wet suit and headlamp, Asci searched for several hours in the 65-degree water. He had no luck, though he did discover a man's wedding band, which he is trying to reunite with its owner. Still, he was not about to give up on finding Teal's ring.

"I don't take failure very well," said Asci, who works in the communications center at Boston Logan International Airport. "It's just something that I wanted to keep on doing until it was over."

CLOSE TO FINDING IT

He went home, but couldn't get the ring out of his head. He felt like he was close to finding it.

So he decided to return to the beach alone to continue his search on Aug. 12. There, he met Teal and her husband, Austin. The couple, married nearly two years, had returned to the beach to keep looking.

"Being able to meet him and talk to him, you could tell in his eyes he was super determined," said Teal, who gave Asci more details about how and where the ring slid off her finger.

She explained that she and her husband, who were high school sweethearts, were enjoying a beautiful beach day, throwing a football back and forth about waist-deep in the ocean, when the ball hit Teal's hand, and her engagement ring went flying.

"I just saw it disappear, and my heart sank," Teal recalled. "I was in a moment of dread and panic."

Her husband cautioned her not to move, as he tried to sift through the sand around her. Soon, beachgoers began approaching the couple, offering to help. Someone gave them goggles.

After several hours of searching, "it was nowhere in sight," said Teal, who manages a team of career advisers at Southern New Hampshire University.

She told a lifeguard what happened, and he suggested she post about the ring in various Facebook groups, as there are often people with metal detectors on the beach. Teal also ordered her own underwater metal detector on Amazon. (Amazon founder Jeff Bezos owns The Washington Post.)

To Teal's shock, her plea was shared thousands of times, and she received countless messages from people with metal detectors, known as detectorists, hoping to help.

"We went back the next day, and there was a couple already in the water looking with their metal detectors," Teal said, adding that in addition to Asci, strangers trickled in throughout the week, wanting to reunite Teal with her precious family gem.

"So many people were willing to help out," she said. "I was completely blown away."

But no one, she said, was more determined than Asci.

As they chatted on the beach, "I could tell that a part of her was missing," he said.

He searched for six hours that evening, to no avail, and sent Teal a message, saying: "I'm not giving up."

Despite Asci's resolve, at that point, "I was kind of losing hope," Teal said.

But Asci, remaining resolute, returned to the beach two days later on Aug. 14 -- more than a week after the ring was lost.

"I just wanted to go out and give it one last shot," he said.

He searched for nearly three hours that evening.

"It was dark, I was cold, the tide was coming in and I was hungry," Asci said.

Then, just as he was about to head back to his car, "I got the hit," he said.

Asci used his sand scoop to grab the contents below him. He saw something shiny, and right away he knew what it was.

"It was her ring," he said, to his great relief. "I was just so overjoyed."

He sprinted to his car to tell Teal the good news. After searching for several days, his doggedness had paid off.

He sent her a photo of the double ring, which was her great-grandmother's white gold wedding band and engagement ring soldered together.

When Teal received Asci's message, she and her husband burst into tears.

"I was completely in awe," she said. "I was overwhelmed."

It was emotional for Asci, too.

"I've returned a bunch of rings before, but this one really hit me," he said. "I was just very overwhelmingly happy that I was able to do something."

The couple asked to meet him immediately to retrieve the ring, but Asci insisted on hand-delivering it to their home in Groveland, Mass., about a 35-minute drive from the beach. He gave Austin the ring and took a video of him re-proposing to his wife of two years.

"I actually got a little teary-eyed," Asci said.

As a token of their appreciation, the couple gave Asci a gift card to a local restaurant, as well as the underwater metal detector they had bought. They knew he would help more people with it.

"It's amazing that it's his hobby that he can use for such good and give back to someone who is really searching for something," Teal said.

"It was a very meaningful gift to me," added Asci, who has already moved on to his next ring rescue mission.

"There is nothing more rewarding," he said. "It's just something that I love doing."

A photo Lou Asci sent Francesca Teal of her ring after he found it on Aug. 14. MUST CREDIT: Lou Asci