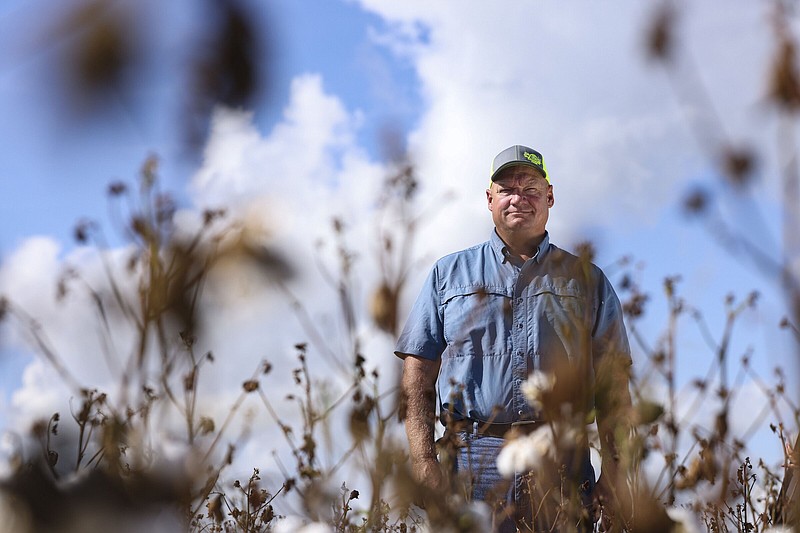 Texas cotton former Brian Adamek expects his farm's yield to be down by 75% this year.

Cotton farmer Brian Adamek figures he'll lose about $750 an acre on his 2,000-acre South Texas farm this year because of the summerlong drought.

Record-high temperatures reaching over 100 degrees for 40 days this summer scorched the livelihoods of many Texas farmers and might affect next year's crops, too. In Texas' High Plains area around Lubbock and Amarillo, the most productive of the state's nine cotton-growing regions, experts at Texas Tech University are predicting a $2.1 billion loss to this year's harvest.

The state is the United States' top cotton producer, typically producing nearly half of the nation's harvest, according to the Agriculture Department's Economic Research Service.

But high heat and low precipitation this year have taken an early toll, and kept hitting.

"It's just too dry and too hot," said Adamek, who comes from a family of farmers and grows cotton and corn at his farm in Victoria, Texas, just 30 miles from the Gulf of Mexico in the state's Coastal Bend region. He harvests and sends off cotton to a local co-op that processes it for buyers.

The drought, Adamek said, has reduced his farm's yield by 75%. He's picking about a fourth of what a normal season would produce. Cotton prices, meanwhile, have risen, but not enough to compensate for Adamek's loss.

Record temperatures in Victoria began around late April to early May, Adamek said, which meant the bottoms of his cotton plants were fine, but the tops were shriveled. The early heat can also stunt corn growth.

John Robinson, a cotton economist at Texas A&M AgriLife Extension, said cotton abandonment -- or withdrawing from caring for a crop -- hit a record 68% in Texas. That means this year's cotton production is forecast to be only 3.25 million bales, some 53% below Texas' previous five-year average.

Texas Tech estimates that about half of Texas' total crop will be lost. Not only did the drought cause major issues for the industry, but rising prices as the pandemic began to slow brought additional angst.

Cotton prices averaged 55 to 85 cents a pound over the past decade, Robinson said. Today, cotton sells for $1 a pound. Robinson said he believes prices surged from pent-up demand from the pandemic.

"Next year is also set up for a tight situation and I don't know whether the demand picture will be any different," Robinson said.

Cotton is planted from March to June and harvested from August to December. The Agriculture Department estimates that Texas produces about 40% of the nation's cotton.

Hudson said the state generates a little over $3 billion in revenue in a normal year, with a total of about $6 billion in economic activity. Other top cotton-producing states include Georgia, Mississippi and Arkansas.

Besides farmers who grow cotton, the drought's economic impact also extends to manufacturers and warehouses through lost product, Hudson said.

It further trickles down to other sectors of the economy where cotton plays a part. If people working in those sectors aren't making enough money, Hudson said, they won't be as inclined to buy cars, shop in stores or eat out at restaurants.

Atop weather concerns, farmers also are feeling the pinch from the highest inflation rates in 40 years as consumers cut back on discretionary spending, such as buying a new wardrobe or linens, Robinson said.

"Usually, apparel purchases decline," he said. "In cotton consumption, the demand for it is less during recessionary periods."

Robinson describes it as a "tug of war," with a diminished harvest on one side pulling at tamped down consumer demand on the other.

Despite recent rainstorms, more than 70% of Texas is experiencing severe drought conditions, exacerbated by one of the most sweltering summers the state's farmers and ranchers can remember.

The saving grace for farmers this year might be crop insurance.

"We put away for bad years, and we have crop insurance," Adamek said. "Crop insurance will cover some of it. While it's not a total fix, it does get our bills paid and get us there next year."

Analyzing the effects of crop failure often comes down to when planting occurred, Hudson said.

If the crop fails at the end of the year and expenses have already been paid, crop insurance compensates the producer for what they paid originally, Hudson said.

Hudson said keeping cotton producers above water will be key in the coming months after this season's harvest ends. Most agriculture-related businesses in Texas will bounce back but it's fair to say there will be a strain on the system, he said. 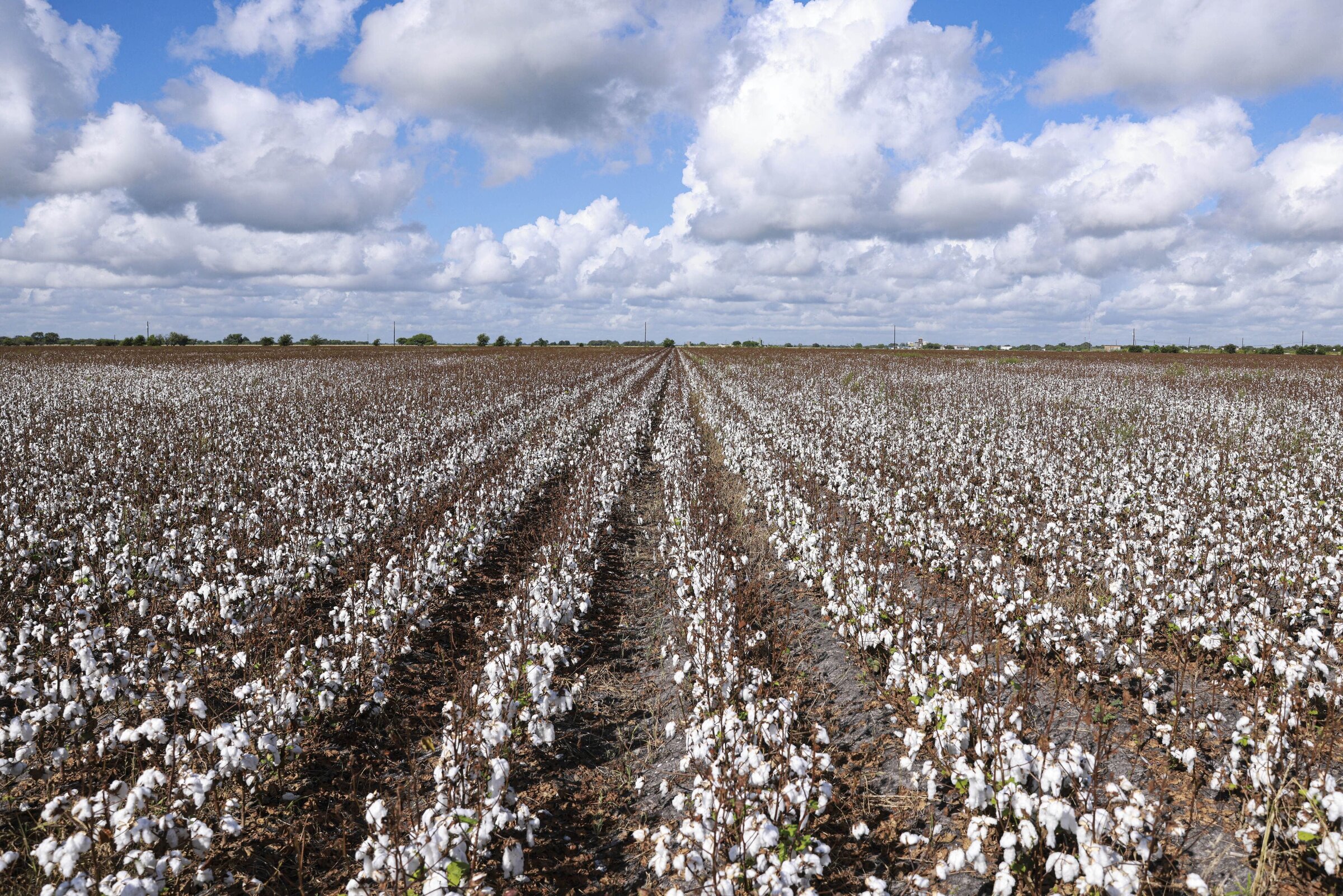 During a normal growing year, the tops of cotton plants like these at Brian Adamek's farm in Victoria would be full of cotton. This year s harvest had bottom-heavy cotton plants.