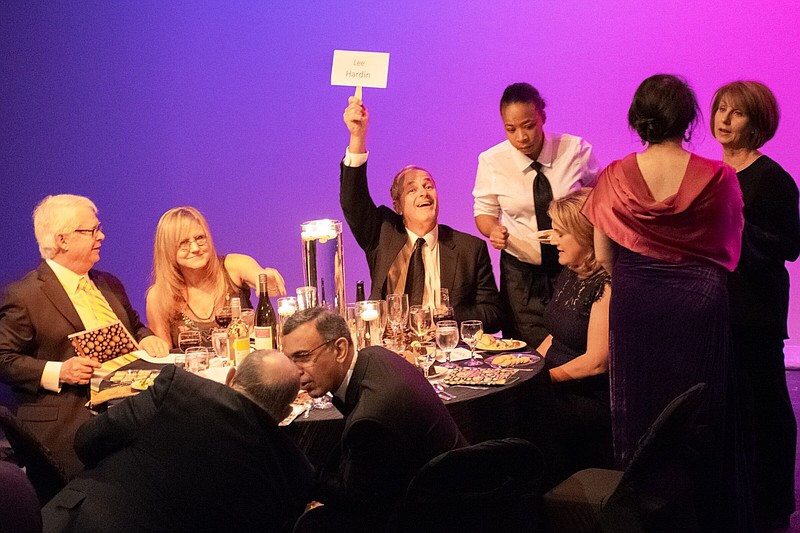 Potpourri 2022: Roaring for the Arts will take place at The ARTSpace on Main, 623 S. Main St., and honor the memory of Anne S. Robinson, a longtime supporter and volunteer of the Arts & Science Center for Southeast Arkansas.

Potpourri 2022, set for 6-11 p.m. Dec. 3, will feature several classic elements with a fresh, new twist. Potpourri is the ASC’s longest-running fund-raiser, which sustains the museum’s free gallery admission and high-caliber programming, according to a news release.

The gala will feature dinner by Chef Jamie McAfee of the Pine Bluff Country Club, drinks sponsored by MK Distributors, a silent art auction, a silent spirits auction, live music by Dave Sadler and a live auction with master of ceremonies Matt Soto. The fundraiser will feature complimentary valet parking to accommodate the new venue, The ARTSpace.

Robinson, who died in 2021, was dedicated to the center.

“Anne Robinson truly loved the Arts & Science Center,” said ASC Executive Director Rachel Miller. “She took advantage of every opportunity to advocate for the museum and its programming.” Thanks to an anonymous donor, all Potpourri donations will be matched 1-to-1, up to $45,000. This matching contribution will support much-needed upgrades to the lighting and sound systems in the Catherine M. Bellamy Theater, as well as contribute to the overall sustainability of the ASC as a whole, according to the release.

Miller remembers Robinson’s dedication to introducing friends and family to the museum, always encouraging them to be involved as members, donors or volunteers.

“Anne Robinson was tenacious in her support of ASC, especially in her fundraising efforts,” Miller said. “There will never be anyone else like her.” The money raised by Potpourri is vital to the sustainability of the ASC’s extended campus, The ARTSpace and ART WORKS on Main, Miller said.

“Our programming has tripled since 2020 with the creation of The ARTSpace and ART WORKS on Main,” Miller said. “These funds allow ASC to continue growing and diversifying our programs and events, as well as our presence in the community.” Potpourri sponsors announced so far include Relyance Bank, the Kline Family Foundation, MK Distributors, Simmons Bank, Jefferson Regional Medical Center, Southeast Arkansas College and Pine Bluff Sand and Gravel Co.

Laura Beth Shaner is the chair of the 2022 event. A lifetime resident of Pine Bluff, she has been a longtime ASC supporter.

“ASC offers unique creative opportunities for all ages, and raising funds through Potpourri helps ensure those opportunities will continue,” she said.

“The arts are important to every community, but in an economically challenged area like ours, it is an important reminder that creativity and imagination can be a part of our lives, regardless of our situation,” Shaner said. “I think that’s especially true for local children, whose first exposure to the arts often comes at the Arts & Science Center.” The silent art auction features works by artists including Dustyn Bork of Batesville, Amy Darragh of Little Rock, Sigrid Lorfing Goodwin of Springdale, Jennifer Perren of Little Rock and Tom Richard of Monticello.

John Kushmaul will serve as the featured artist for Potpourri. He grew up in White Hall and a lot of his work depicts various landmarks and landscapes in Jefferson County.

Kushmaul’s pieces will be available for purchase beginning with a pop-up exhibition from Nov. 1 to Dec. 1 at the ARTSpace on Main. They will also be available to preview online.

The spirits auction, a popular feature of Potpourri, also returns this year.

Potpourri tickets are $200 for members and $250 for nonmembers. They may be purchased online at asc701.org, by calling the ASC at (870) 536-3375 or in person at the ASC. Tickets are limited and expected to sell out quickly. More information about the event can be found at asc701.org.