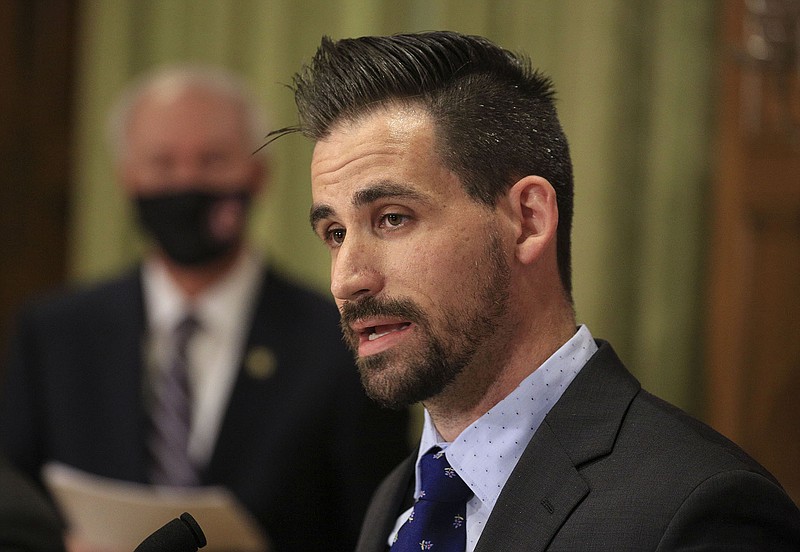 Despite a continuing decline in Arkansas new coronavirus cases over the past few weeks, the number of covid-19 patients in the state's hospitals rose Tuesday for the second day in a row.The state's death toll from the virus, as tracked by the Department of Health, rose by 26, to 12,106, the largest daily increase in deaths since March.State Epidemiologist Mike Cima said reported deaths on Tuesdays have been elevated since the Health Department recently stopped entering death information into its data system on Saturdays and Sundays.Deaths that previously would have been entered on those days are now being entered on Mondays, meaning they will show up in the state’s numbers on Tuesdays, he said.Still, including the deaths reported Tuesday, a total of 89 deaths have been reported in the past week, the highest weekly total since the week ending March 28.Cima said all but three of the deaths reported Tuesday happened within the past month.After reaching its lowest level in more than two months on Sunday, the number of covid-19 patients reported to be in the state's hospitals rose by seven on Monday and by six on Tuesday, bringing it to 265.The number as of Tuesday was still down from a recent high of 296 that it reached a week earlier, however.The state's count of cases rose Tuesday by 545, which was down by 90 from the daily increase the previous Tuesday.Already at its lowest level since the week ending June 6, the average daily increase in the state's case count over a rolling seven-day period fell to 461.With recoveries outpacing new cases, the number of cases in the state that were considered active fell by 378, to 5,667.It was the first time the number had been below 6,000 since June 9.After falling the previous three days, the number of the state's virus patients who were in intensive care rose Tuesday by five, to 45.Declining for the second straight day, the number on ventilators fell by five, to 12.