LAND OF OPPORTUNITY: Cavender’s seasoning thrives with family in mix 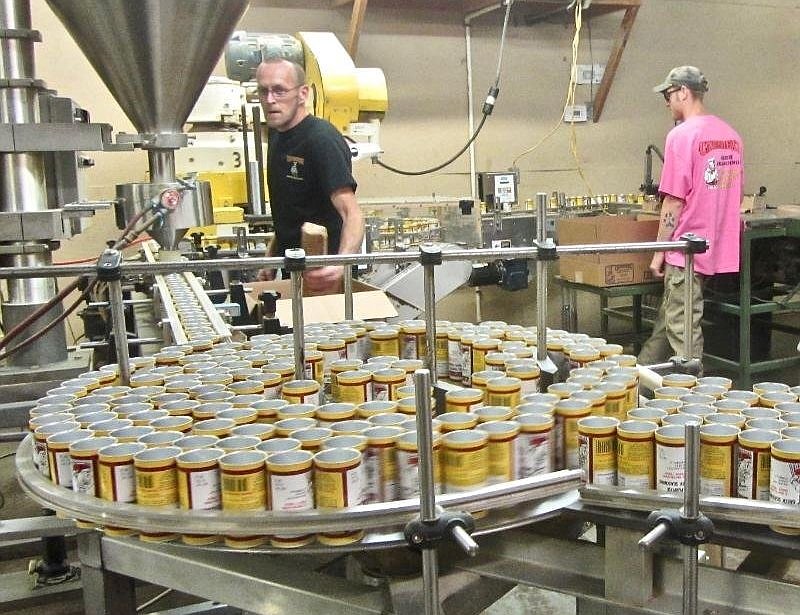 HARRISON — A secret recipe handed down by an unknown chef forms the tantalizing base for a four-generation Arkansas family business that continues to prosper while making only one basic product.

Six relatives from the third and fourth generations play active roles in operating S-C Seasoning Co. Inc., which has produced Cavender's All-Purpose Greek Seasoning commercially in Harrison since 1978. A salt-free version is its sole variant.

"Word of mouth by our customers is a big key to our success, along with the quality of our product and the loyalty of our employees," says Lisa Cavender, the firm's president and treasurer. "Faithful customers have been sharing their recipes with us for decades."

Lisa is a granddaughter of Spike Cavender, who began making the 13-ingredient spice in a washtub just for family and friends in the 1960s. She is one of six family members now involved in S-C Seasoning.

The others include her sister and brother-in-law Cara and Lance Wohlgemuth, also in the third generation. Cara is vice president and secretary. In the fourth generation are Lisa's son Austin Price, along with Cara and Lance's daughters Kat Smith and Emily Bartlett.

Spike, whose given name was Lester, is a legendary figure in Cavender family lore. Born in Texas, he moved with his wife, Katherine, to Central Arkansas in 1940 and later to Harrison. He operated root-beer stands, a motorcycle shop and a dime store before starting to market the seasoning.

As the Encyclopedia of Arkansas explains, "While in Texas, Cavender and his brother Lowell had befriended a Greek chef who ran a popular steak house. The chef cooked with a special seasoning mix, the ingredients of which were a closely guarded secret. Reportedly, when Cavender was 17, his Greek friend in Texas died and willed his seasoning recipe to Cavender." 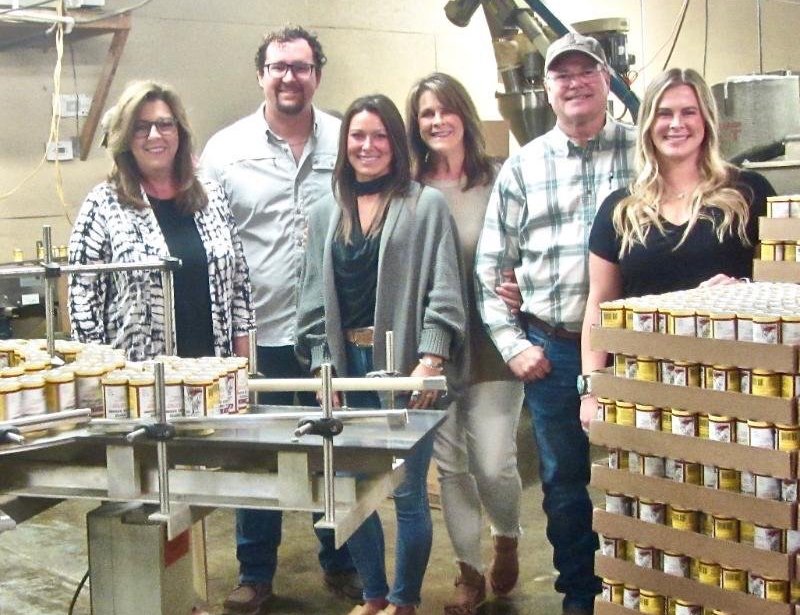 Family members at S-C Seasoning Company include (from left) Lisa Cavender, Austin Price, Emily Bartlett, Cara Wohlgemuth, Lance Wohlgemuth, Kat Smith. (Special to the Democrat-Gazette/Marcia Schnedler)
Continuing the origin story, Lisa says her grandfather eventually decided to try selling the spice "that he had been making for years and giving to friends and family who requested his 'secret stuff.'"

She recalls that "Granddaddy Spike would season our steak dinners and leave the marinating platter sitting on the kitchen counter all afternoon. As my sister and I ran in and out of the kitchen door while playing outside, we would use our fingertips to swipe the edge of the platter, then lick our fingers to taste the awesome spice blend."

As Lisa remembers, Spike and her late father, Steve, "blended and bottled a batch of the seasoning one Fourth of July and left it at a few grocery shops around Harrison. Granddaddy said, 'If I go back and they're sold out, I'm gonna market the stuff.' For several years, we would spend weekends blending Greek seasoning in a washtub. Granddaddy would fill orders during the week."

Lisa says her grandfather was "always very driven, with a great entrepreneurial spirit." After he died in 1982 at age 79, she and Cara began working full time at S-C Seasoning, taking on more responsibility once their father died in 2008.

The trademark Greek seasoning, she says, is a blend of spices "that can be used on anything normally salted or peppered. It is not a hot spice like cayenne pepper. It is used mainly on meats, but customers reinvent the wheel. Our staff likes it on pizza." The company website (greekseasoning.com) calls it as "Seasoning for the Entire Plate." 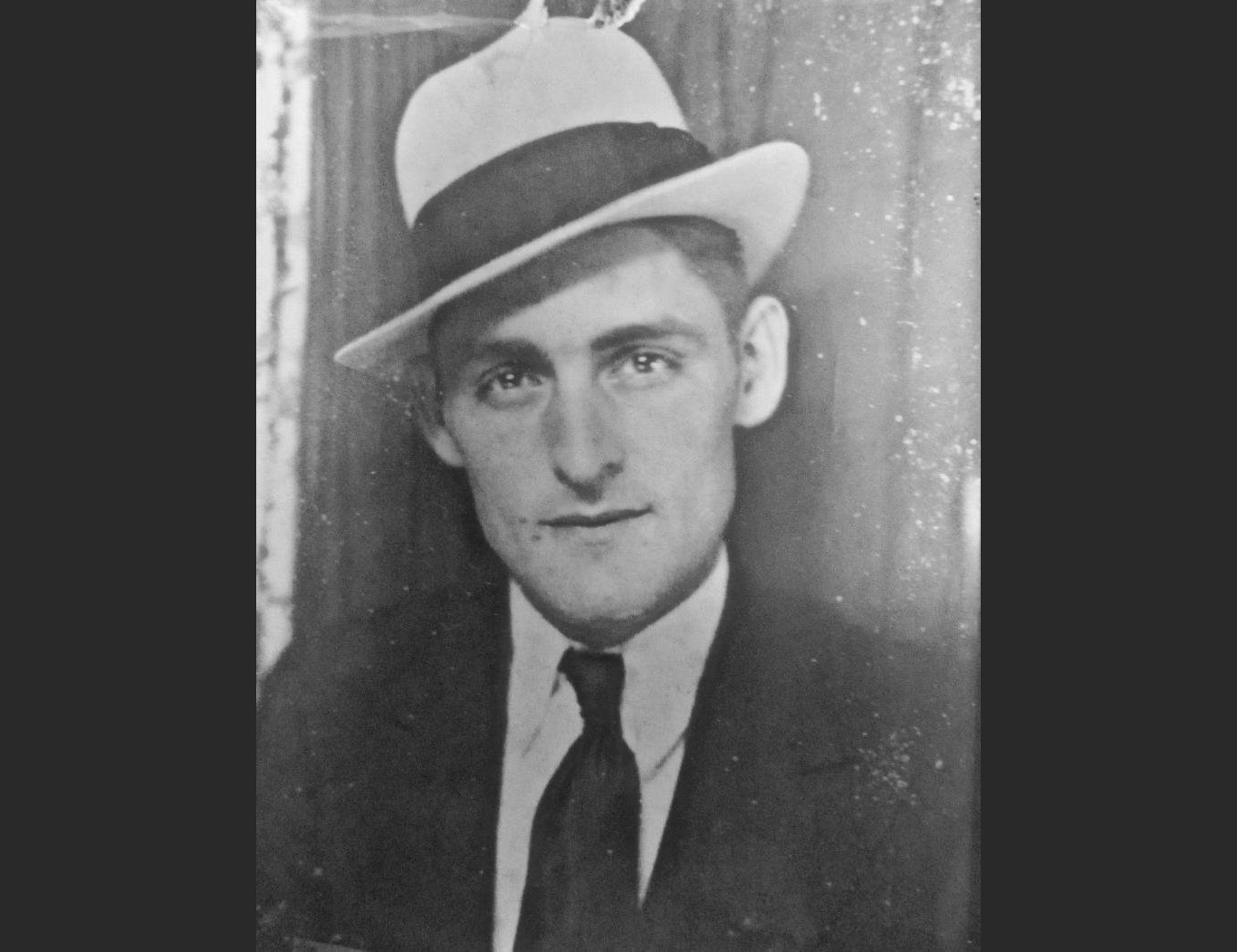 Spike Cavender is remembered by his descendants as the company’s visionary. (Special to the Democrat-Gazette/Marcia Schnedler)
"We recently heard from a customer who said her family had tried our seasoning on ice cream," Cara says. "That may sound like a stretch, but she said they enjoyed it."

After the onset of covid early in 2020, Lisa says "our business saw a huge retail growth blast. Almost overnight, shelves at retail stores were sold out of Cavender's Seasoning, and we would be playing catch-up."

"But 2020 was also our most challenging year in terms of managing operations. That we made it was a testament to our dedicated employees who stuck with us while dealing with the disease and being enticed to stay home by the allure of government benefits. To this day, we have every one of the 13 employees we had before covid."

Jack Goddell, who works as plant manager, is the most senior employee. He joined S-C Seasoning in 1988, before the business moved from its original location in downtown Harrison to today's 10,000-square-foot facility at 308 N. Industrial Park Road. He is the only staff member who has worked with all four family generations.

While continuing to concentrate on its single time-tested product, the family is also taking on the challenges of the e-commerce revolution.

"Our online sales are definitely growing," Lisa says. "I'm sure that's what Spike would have wanted. He was always looking for new ways to grow his business."