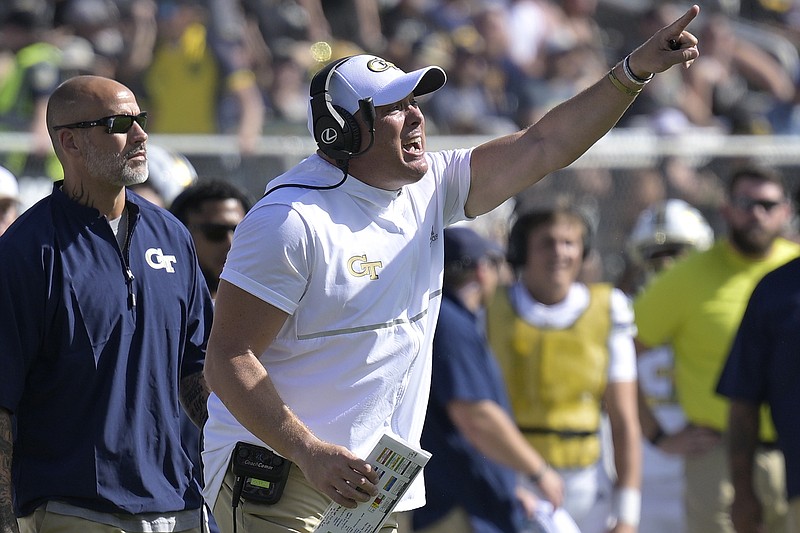 Georgia Tech head coach Geoff Collins reacts on the sideline after a play during the first half of an NCAA college football game against Central Florida, Saturday, Sept. 24, 2022, in Orlando, Fla. (AP Photo/Phelan M. Ebenhack)

ATLANTA -- Geoff Collins is out as Georgia Tech's football coach, fired Monday in the midst of his fourth season after failing to make headway with a brash plan to turn the Yellow Jackets into a national powerhouse through branding and promoting Atlanta's big-city culture.

Collins was officially dumped during a meeting of the athletic association board two days after a 27-10 loss to Central Florida left him with a record of 10-28 at Georgia Tech.

Brent Key, the assistant head coach under Collins, was appointed interim head coach. He doesn't have much time to settle in: The Yellow Jackets are at No. 24 Pittsburgh on Saturday.

Collins, whose team is 1-3 this season, finished with a winning percentage of just .263 -- the lowest of 13 full-time coaches in the school's history. Bill Lewis had been the only Yellow Jackets coach to lose his job during a season, resigning after a 1-7 start in 1994 when it became clear he would be fired.

"Unfortunately, the results of our football program have fallen short of what our loyal community, fans and athletes expect and deserve," Georgia Tech President Ángel Cabrera said in a statement. "We are committed to rebuilding the program and a coaching change is a necessary first step in that process."

Collins was the third Football Bowl Subdivision coach to be let go in the opening month of this season, following Scott Frost at Nebraska and Herm Edwards at Arizona State.

Georgia Tech also dismissed athletic director Todd Stansbury, who hired Collins and provided steadfast support even as the losses mounted. Frank Neville, a senior vice president and Cabrera's chief of staff, will take over as interim AD while the school begins a search this week to fill both positions.

Collins is due a buyout of at least $10.5 million, the full amount remaining on the final three years of the seven-year contract that brought him to Georgia Tech from Temple ahead of the 2019 season.

Collins led the Owls to a 15-10 record and a pair of bowl berths in his first head coaching job. Then, the former Mississippi State and Florida defensive coordinator landed what he called his dream spot.

A native of suburban Atlanta, Collins said Georgia Tech had the potential to compete with the nation's top programs, even though he faced a tough transition away from the triple-option offense employed by his predecessor.

Collins didn't come close to that level of success, and eventually his persistent references to the "404" culture -- Atlanta's area code -- and love of the South's iconic Waffle House diners earned him a derisive nickname: Coach Catchphrase.

Georgia Tech struggled to a 3-9 mark in 2019, which was largely brushed off to the difficult task of switching to a pro-style offense. It never got any better.

The Yellow Jackets finished 3-7 during his second season, which was hindered by the pandemic, followed by another 3-9 debacle in 2021 that ended with shutout losses to Notre Dame and Georgia by a combined score of 100-0.

Collins went into his fourth season facing a brutal early schedule and little indication he could turn things around, especially after perhaps the most touted recruit of his regime, running back Jahmyr Gibbs, transferred to Alabama.

Collins toned down his incessant promotion and conceded at the start of preseason practice that "we're all tired of losing."

The Yellow Jackets opened with a 41-10 setback to Clemson, got a brief respite with a victory over lower-division Western Carolina, and pretty much sealed Collins' fate with an embarrassing 42-0 home blowout to Ole Miss.

"That was hard," the 51-year-old Collins said afterward, his gravelly voice breaking. "It was not up to the standard of Georgia Tech football." 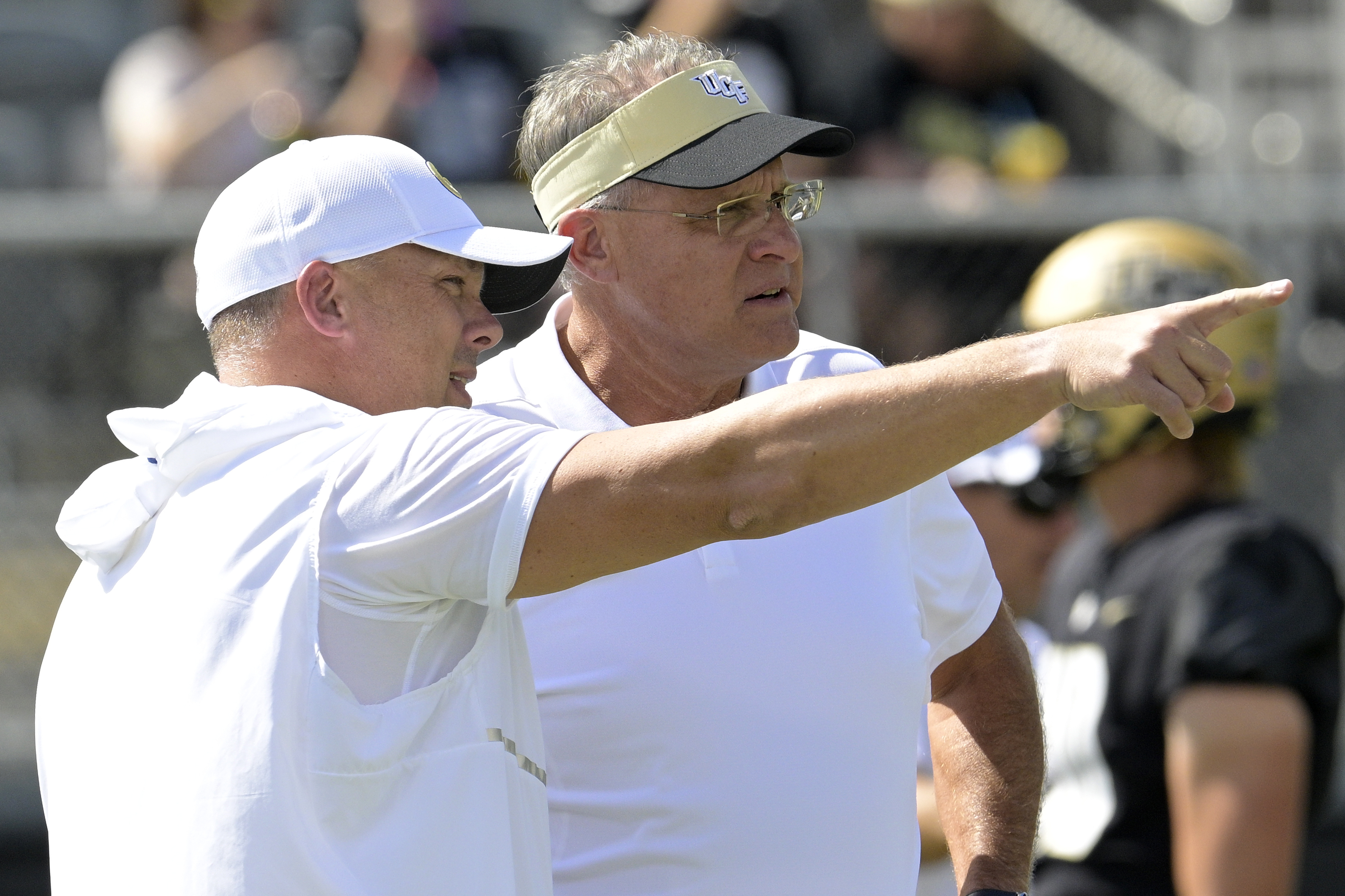 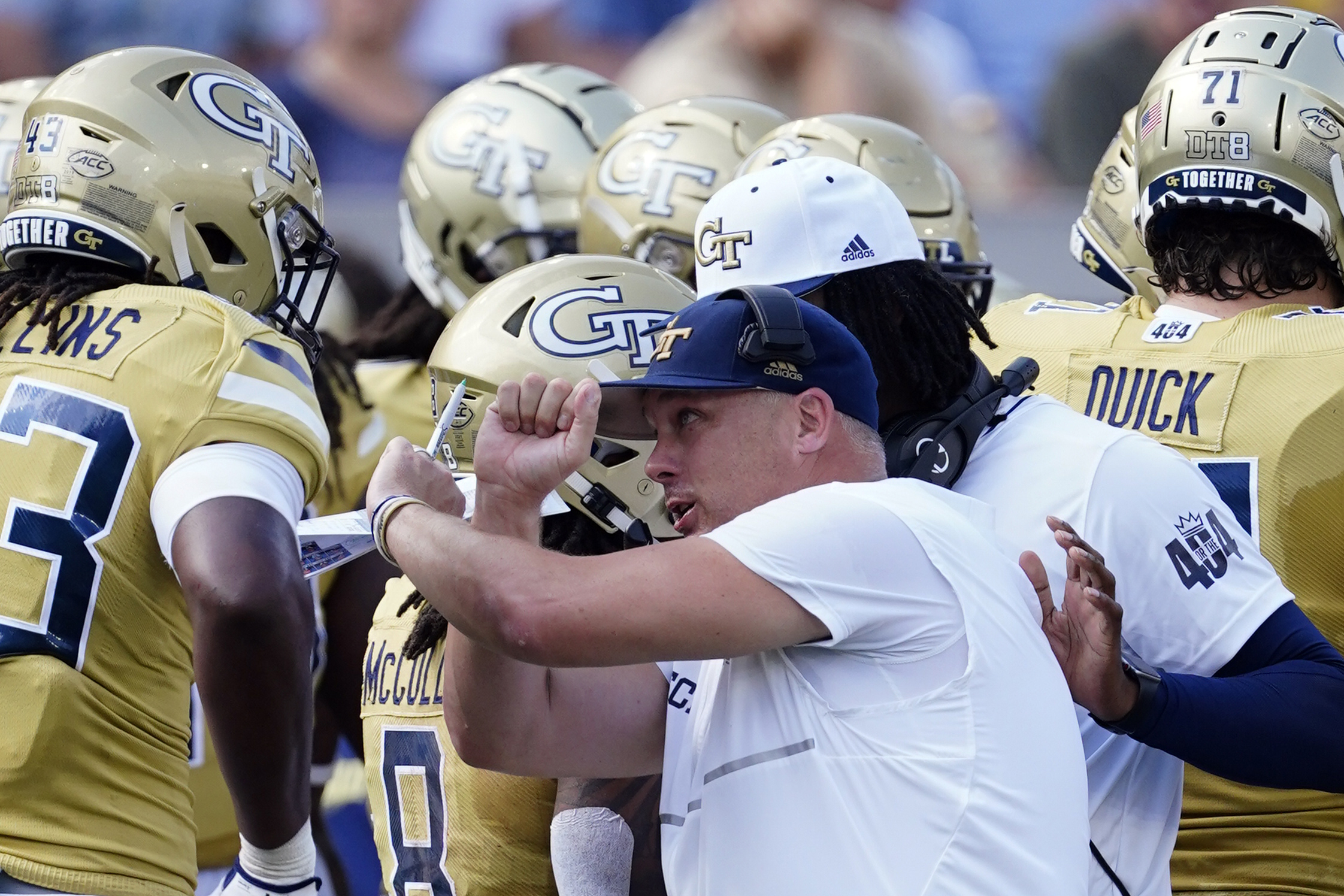 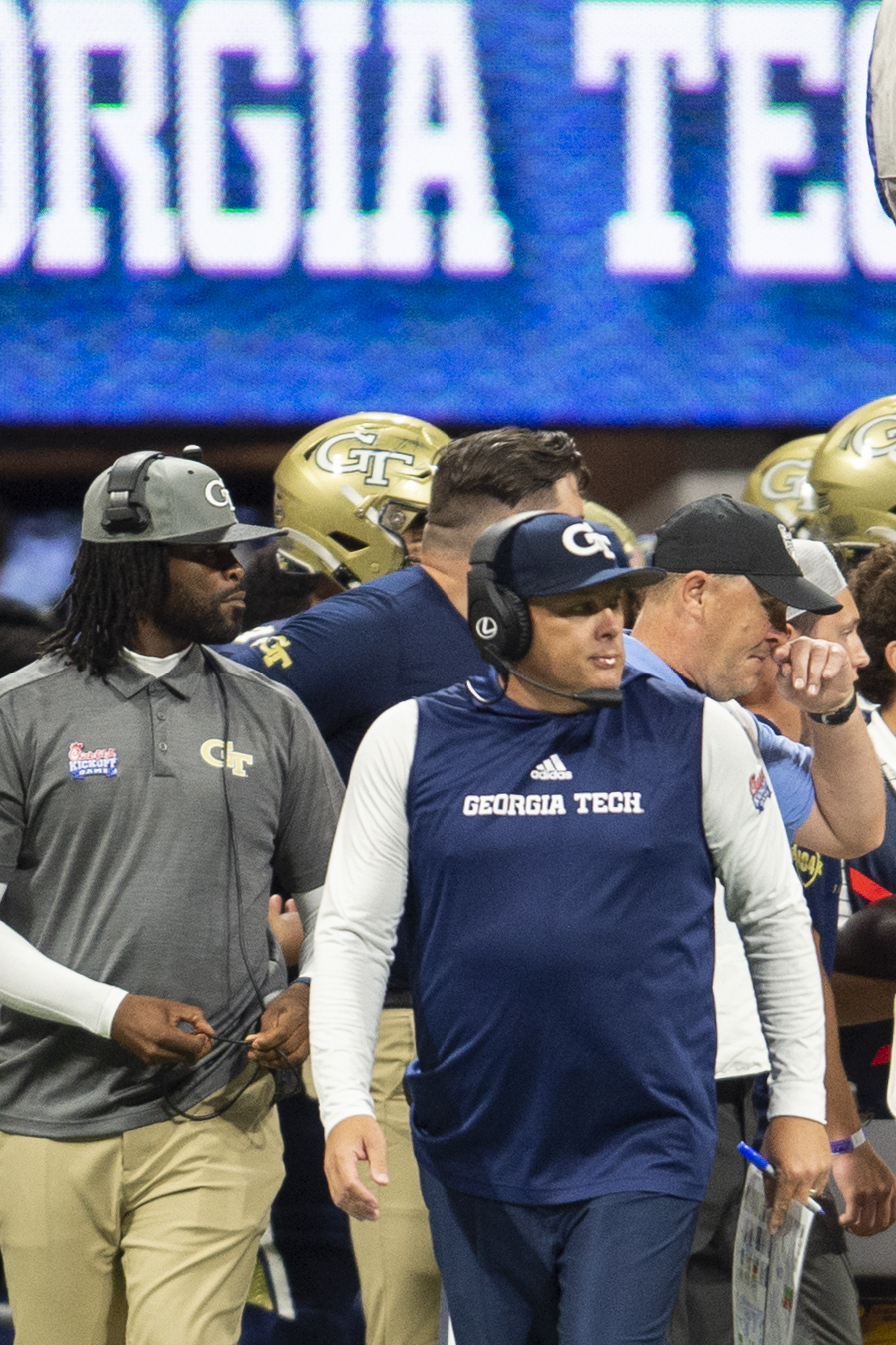 Georgia Tech head coach Geoff Collins looks from sideline in the first half of an NCAA college football game against the Clemson Monday, Sept. 5, 2022, in Atlanta. (AP Photo/Hakim Wright Sr.)