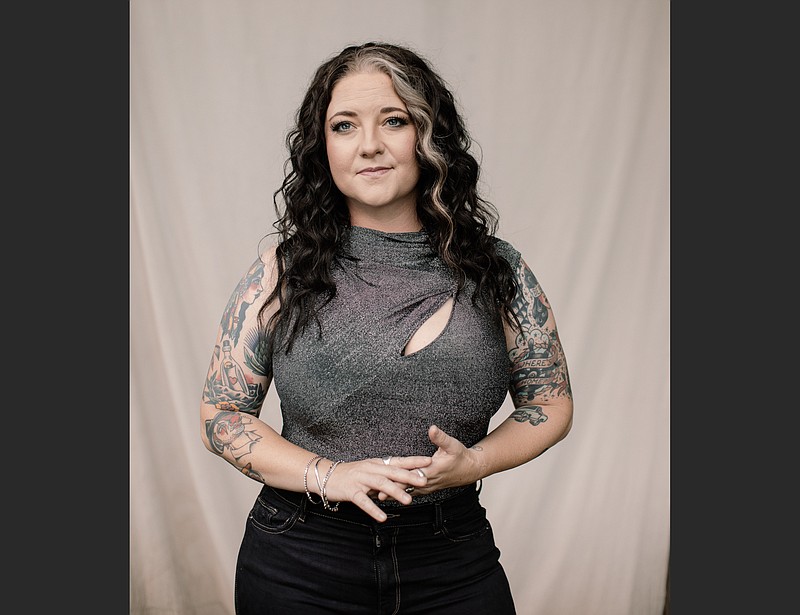 It has been been a good month for Ashley McBryde. On Sept. 7, the Arkansas native received five Country Music Association International nominations, including female vocalist of the year and four others for "Never Wanted to Be That Girl," her No. 1 duet with her pal Carly Pearce. And on Friday she will release "Ashley McBryde Presents: Lindeville," the creative, collaborative and often hilarious concept album set in the fictional town of Lindeville.

The genesis of the new album, which is being released via Warner Music Nashville, can be traced back to a pre-pandemic writing session with the 39-year-old McBryde and her friends, Aaron Raitiere and Nicolette Hayford, whose hard-partying alter ego is called Pillbox Patti.

Among the songs that came from that session was "Blackout Betty," a tribute to the character McBryde says she becomes after she's had a few too many. That track and another, "Jesus, Jenny," (the latter ended up on the new record) were in line with other character-driven McBryde songs like "Shut Up, Sheila" and "Livin' Next to Leroy."

"We had these characters that we had developed over the years, and we thought it would be cool if we gave them neighbors," says McBryde, who grew up on a farm between Ash Flat and Mammoth Spring. "And then let's give them a place to live."

They called it Lindeville after Dennis Linde (pronounced Lindy), the legendary country songwriter responsible for hits like "Walkin' a Broken Heart," "Then It's Love," "It Sure Is Monday," "Goodbye Earl," "Callin' Baton Rouge" and many others.

"He literally drew a map, invented a town, and put characters in it and then wrote songs about them," McBryde says. "We didn't listen to a bunch of Dennis Linde stuff and try to develop characters the way he did, we did it backwards, but we wanted to tip our hats to him and thought this was a great way to honor such a genius songwriter."

McBryde and co-writers Raitiere, Hayford, Connie Harrington, Brandy Clark and Benjy Davis hunkered down in a lakeside cabin in Tennessee for a weeklong writing retreat to work on the songs and characters that would make up Lindeville, though creating an album wasn't really the priority.

"We weren't doing it to make a record to be released," McBryde says. "We were doing it because it was during the pandemic, none of us were on the road, none of us had worked for 18 months. We wanted to get together and keep that part of the blade sharp, to write and be creative and make decisions on what feels good."

There was a record in there, though, and McBryde gave the demos to her pal John Osborne and asked him to produce the project.

"He was so into it, so I knew we would be able to make really cool studio choices," she says.

In press materials about the album, Osborne said: "I loved the idea — immediately, I got very, very excited. I must have listened to those work tapes probably 40 or 50 times well before I even decided the route that I want to take on the record ... There's an arc to the album. It doesn't technically take place in one day, but it feels that way to me, even though it is multiple stories and timelines." 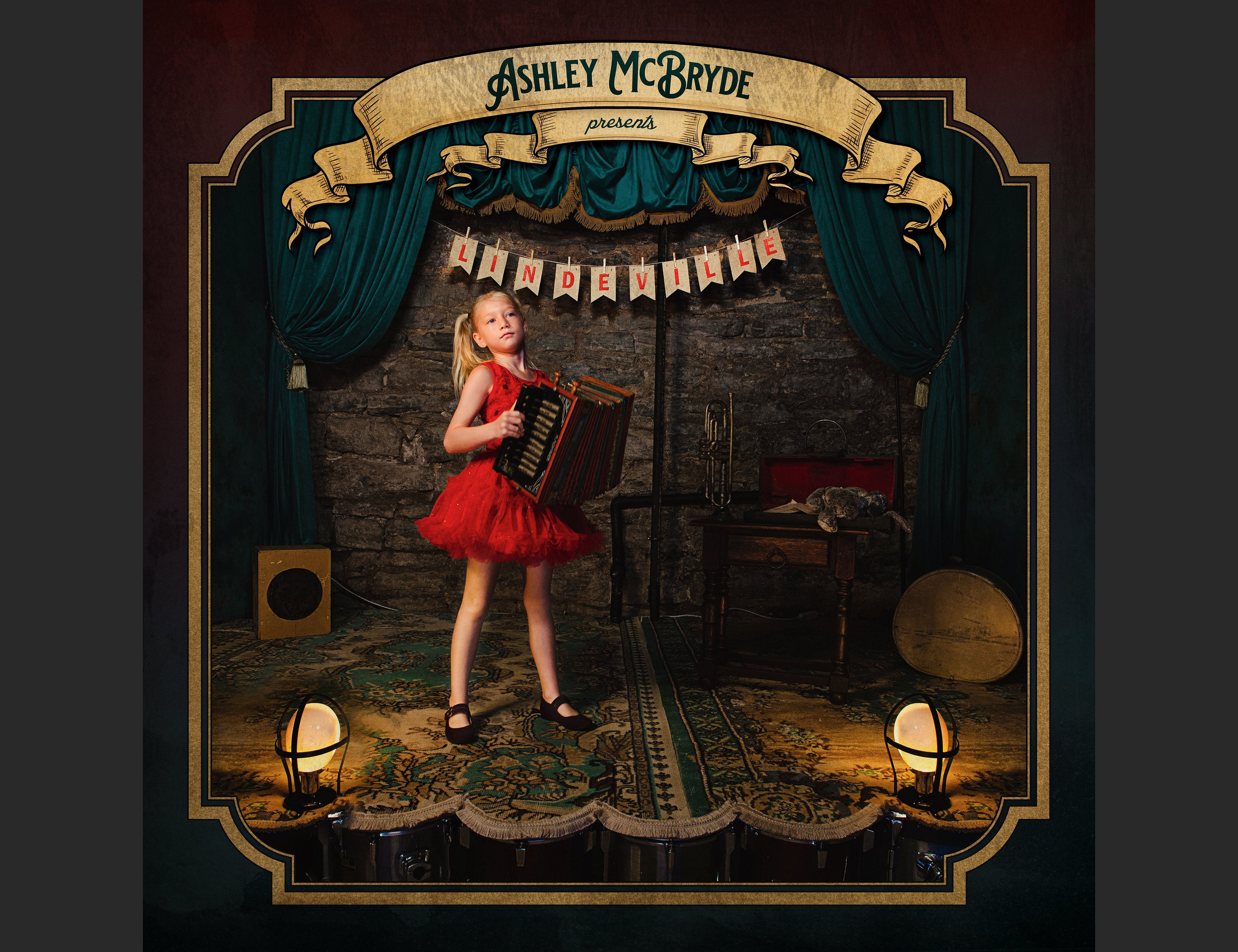 The album opens slyly with soft, gentle strings and an acoustic guitar, as if the sun is rising, before McBryde and Co. launch into the rollicking "Brenda Get Your Bra On," a ribald tale of neighbors in the "trailerhood" watching as Tina catches Marvin with another woman and all hell breaks loose.

The acoustic "Jesus, Jenny" is another track about someone who probably hasn't made the best life decisions and "The Missed Connections Section of the Lindeville Gazette," is a wobbly tale of lonely not-so-singles searching for a little company on the side.

The album is not all funny tales of rednecks gone wild. There are more serious moments, like "The Girl in the Picture," about a woman whose best years might already be behind her; "Play Ball," a tender tribute to Pete, who maintains the ball field at Dennis Linde Park. "Bonfire at Tina's" is a banger about small-town female solidarity; and then there's "Gospel Night at the Strip Club," the title of which sounds like it should be a raucous singalong, but is actually an acoustic tale of grace — "Hallelujah/ hallelujah/ Jesus loves the drunkards and the whores and the queers."

"I love watching people's faces when I say I'm going to play a song called 'Gospel Night at the Strip Club,'" McBryde says. "They chuckle at the first line and then they don't chuckle anymore. And not in bad way, but in an 'oh, cool,' way."

The album includes performances from Brothers Osborne, Clark, Raitiere, Hayford and Davis. While McBryde might be the mayor of Lindeville, she was happy to step aside and let her collaborators sing lead on several tracks.

"We could have cut it with me singing all the songs since it's my record, but that didn't seem right," she says. "I was listening to the work tapes and just thought that the way the songs got written ... whoever was singing at that time is who needs to be those characters."

McBryde does, however, sing in each of the album's three short, satirical jingles. Based on local radio ads she heard growing up, she extols the virtues of the "Forkem Family Funeral Home," "Ronnie's Pawn Shop" and the "Dandelion Diner." Like any good radio ad, they are pure ear candy and you'll be singing lines like "It's high time for pie time at the Dandelion Diner ..." and "When you meet your maker, we'll be your undertaker, Forkem Family Funeral Home ..." to yourself for weeks.

A cover of the Linda Ronstadt hit "When Will I Be Loved" is included, and the album ends with the gentle "Lindeville," which recalls the strings from the beginning and finds McBryde singing from the point of view of the clock tower that stands over the Lindeville town square and that has seen the best and worst of the little town. It's a fitting conclusion for a cast of characters that have had their ups and downs.

"Sometimes someone is getting their ass whipped at the Piggly Wiggly and everybody is talking about it, that's just how it is," McBryde says. "Even though we are all human disasters, sometimes everything is OK for a minute." 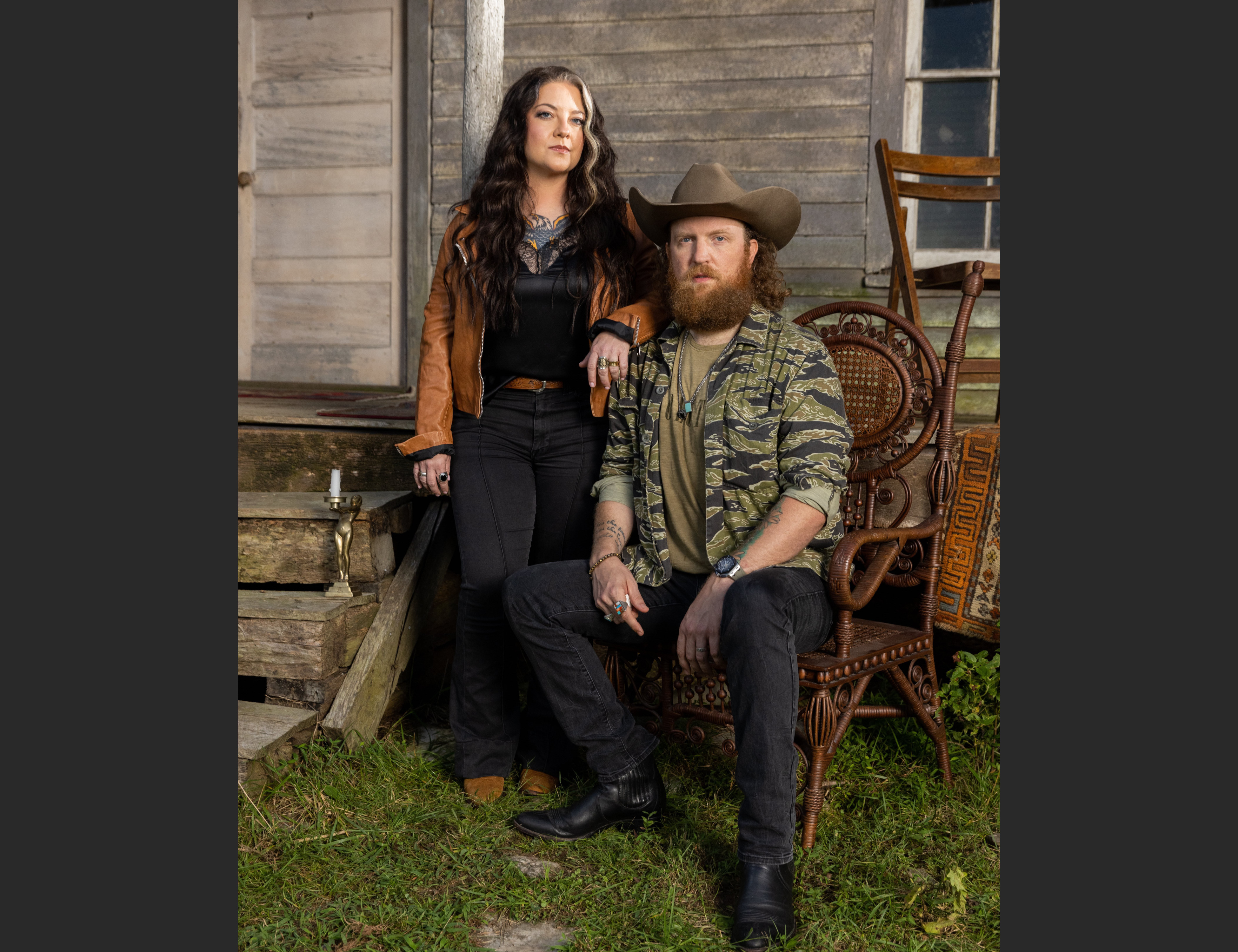 Ashley McBryde called upon her friend John Osborne to produce her new album, “Ashley McBryde Presents: Lindeville,” which will be released Friday. (Special to the Arkansas Democrat-Gazette Katie Kauss)
"Ashley McBryde Presents: Lindeville" is the follow-up to 2020's "Never Will," which featured "Shut Up, Sheila" and the brutally honest "One Night Standards." "Girl Going Nowhere," her 2018 major label debut, was praised by The New York Times, Rolling Stone, NPR among others and, like "Never Will," was nominated for a Grammy for best country album.

McBryde, the youngest of six siblings, has carved for herself a unique spot in mainstream country and has broken through with smart, insightful songwriting about working class Southern women and a sound that mixes traditional country with rock, folk and hints of bluegrass.

Music has been a constant from early on in her life.

Her first instrument was her great-grandmother's "tater-bug" style mandolin, which she still has.

She studied music education at Arkansas State University and lived in Memphis, where she played gigs wherever she could, mixing covers with originals at venues that ranged from biker joints to the classic Memphis dive bar the Buccaneer Lounge. At the end of 2005, she moved to Nashville.

"I didn't know anybody here, but I finally had to do it. I wanted to know how far I could get, and could I do this at the level that I want to do it."

As a Nashville newbie, there was the standard string of day jobs — security guard, veterinary technician, restaurant server, retail — to keep her afloat.

"I still give that advice to people who are new [to Nashville]. They ask and I say, 'get a day job. You're going to have to pay for the things you want to do.'"

She racked up many a mile in her pickup touring solo along a circuit that included Kentucky, Indiana, Tennessee and Arkansas.

"I just played everywhere I could and stayed out most of the month, couch surfing," she says. "I'd play this bar and get up the next morning and go play that bar. I think it's a good way to earn your stripes."

That path has taken her to the top of the charts, Grammy nominations, critical acclaim and making the music she wants with her friends. Up next is a stint in October opening for Winona on "The Judds: The Final Tour," and the CMA awards show takes place Nov. 9.

What was her response when she learned she'd been nominated in five categories?

"Man, that's a bunch. I'm really proud of that song Carly and I wrote together. It going No. 1 was a huge deal, and getting to perform it on TV so many times has been a huge deal. Being in the female vocalist category again is wonderful. [Fellow nominee Miranda Lambert] and I are always gunning for each other. And I texted Lainey [Wilson, who has six nominations] and told her 'atta girl!'"