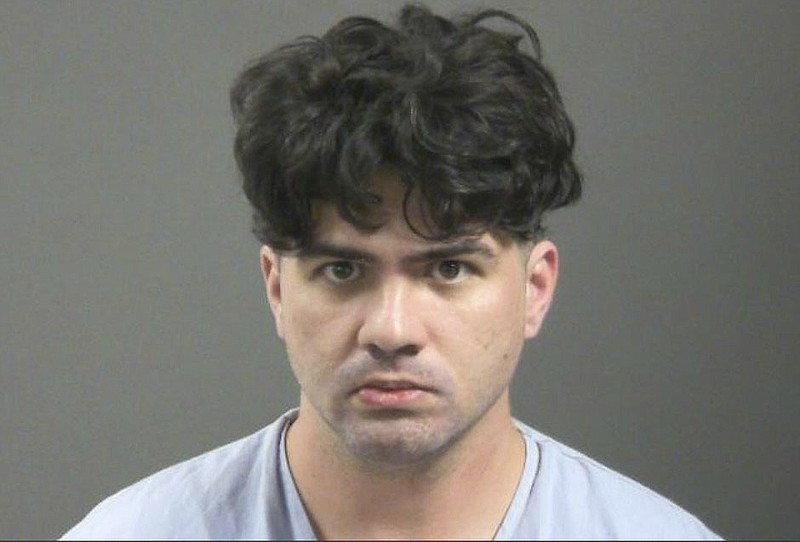 FAYETTEVILLE -- A man police have accused of killing his former girlfriend and disposing of her body filed for and was briefly granted a temporary order of protection against the woman in June.

Kacey Jennings, 28, was arrested Monday in connection with capital murder and abuse of a corpse after being released from a local medical facility, according to a post on the Fayetteville Police Department’s Facebook page. Jennings is set to be arraigned Oct. 19 in Washington County Circuit Court.

The case involves the disappearance of 28-year-old Allison Maria Castro, who has been reported missing by her family.

The Benton County Dive Team and Fayetteville police were searching an area of Beaver Lake near the Arkansas 12 bridge and boat launch for evidence Wednesday, according to police.

Jennings petitioned for an order of protection against Castro the morning of June 8, according to Washington County Circuit Court records. The petition said Jennings believed he continued to be in immediate danger of domestic abuse and had been in contact with Fayetteville police about Castro.

“I’m terrified of someone violent in my home,” Jennings wrote in the petition.

Jennings said Castro had broken up with him in May, but they continued to live together and he continued to support her financially. He said he asked Castro’s boyfriend to take her in.

“I was awoken to bright lights in my head as Allison was punching my face and protected my eyes from being scratched out,” Jennings wrote in an affidavit accompanying the June 8 petition.

Jennings said in the affidavit the incident occurred earlier that morning. Jennings said Castor left his bedroom and he locked the door and called police.

“I contacted the Fayetteville Police Department to assist me in leaving the house,” Jennings wrote in the affidavit. “While I was on the phone with dispatch, Allison was banging on my door telling me to open it and told me that she was going to beat me some more and kill me.”

Circuit Judge Doug Martin granted an order of protection later that afternoon. The order said it was effective until July 1 and applied to Jennings’ home and place of employment.

The order restrained Castro from having any contact with Jennings and from committing any criminal act against Jennings, including acts of violence, domestic abuse, harassment, harassing communications, stalking or terroristic threatening. Castro was also ordered to appear in Court on July 1.

On the morning of June 10, Jennings filed a petition to dismiss the order of protection. He said Castro said she was leaving the state and he was no longer in fear of her.

“The incident triggered my PTSD of being beaten for the first 13 years of my life, leading me to make a rash decision,” Jennings wrote. “I do not think the respondent (Castro) is a danger to my life or a threat.”

Police went Sept. 19 to a residence and found Jennings, who was experiencing an apparent drug overdose, according to the Facebook post.

Several documents were discovered at the scene indicating Jennings possibly killed Castro and disposed of her body, the post said.

The investigation is ongoing and police are working with other law enforcement agencies to locate Castro, according to the post. Anyone with information concerning the case can contact Fayetteville police at (479) 587-3555.

A temporary order issued by a court which restrains any person from harassing, annoying, stalking, contacting, or coming within a certain proximity to another person issued by a court with jurisdiction over the person restrained and subject matter jurisdiction. An ex parte order is one that is made without the other party being present. ex parte is used to refer to motions for orders that can be granted without waiting for a response from the other side. Generally, they are orders that are only in place until further hearings can be held, such as a temporary restraining order.