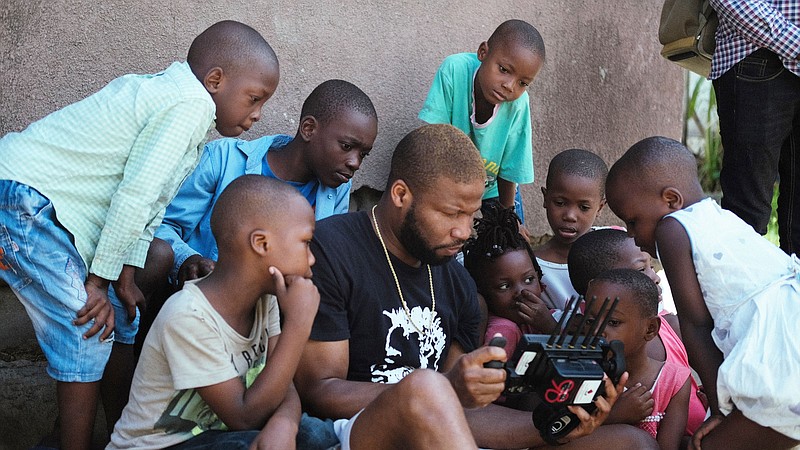 Children gathered around Dui Jarrod while he was filming in Tanzania. (Special to The Commercial)

Dui Jarrod may be one of the best but unknown screenplay writers and directors from Arkansas. His film, "King Ester," was nominated for four Daytime Emmys in 2020 and shown at numerous film festivals.

Now his film, "Last Name Unknown," has been selected to showcase at this year's Catalyst Story Institute's Catalyst Content Festival. The festival starts today and wraps up Saturday in Duluth, Minn.

The former Jefferson County resident will be there, ready to meet, greet and network, and his latest film will be screened.

"I hope a production company will pick it up," Jarrod said.

The film competed with as many as 1,000 other submissions from around the world. Fewer than 10 percent of the CSI's total submissions will be featured at the festival.

Jarrod is already known for his work on "Lesson Before Love," from 2011, as well as his films "Sauce," and "King Ester," both debuted in 2019. For "King Ester," Jarrod earned Emmy nominations for outstanding writing and outstanding directing.

"Brooklyn.Blue.Sky." was acquired by BET networks after winning the Xfinity Best Web Series Award at the American Black Film Festival in 2017.

In addition to his films, Jarrod has a film production group, and in the future, he plans to start a theater company in Los Angeles and hopes to "put out some amazing, diverse stories."

Currently, he is working on "The Rise of Azlan." Much of it was shot on location in the slums of Mwananyamala, Tanzania.

"The project is my most challenging to craft and is set to make its festival run in 2023," Jarrod said.

Despite his growing list of credits, he's not well known in the community.

Before his Brooklyn address, Dui (it's pronounced Dewey) Jarrod lived in Pine Bluff in the 1990s, and he described the confluence of race, racial discrimination, poverty, violence, gangs, crime and drugs on the other youth around him.

"It was a fish bowl with little escape," Jarrod said recently via telephone. But he managed to and held fast to his dreams.

Although he was lower income and didn't have access to the stage, Jarrod dreamed about the theater. He remembered renting the 1982 movie, "Annie," from the now defunct Blockbuster video store at Jefferson Square shopping center in Pine Bluff.

"It was incredible," he thought at the time.

"Catalyst continues to be a launching pad for new voices, and we look forward to welcoming storytellers of all ages, backgrounds, and experiences," Gilpin said.

The festival, held in partnership with the National Academy of TV Arts & Sciences, is a showcase for the independent television industry, and it connects upcoming talent with film industry agents, executives, producers and others.

"In a period of uncertainty for our industry, this year's crop of storytellers reflect the ingenuity, resilience, and awe-inspiring creativity needed to make and share content in today's quickly evolving entertainment landscape," Gilpin said.

Jarrod said of his inclusion in the festival, "There's no other festival like it. It's an industry lynchpin. ... It's great."

While a teenager, Jarrod's family moved to White Hall. He earned good grades at White Hall High School, was elected class president and graduated in 1998.

Like Pine Bluff, it's located in Jefferson County, but the similarities ended there. Pine Bluff was an urban center with a large Black population. White Hall was a smaller, suburban community, made up of mostly White residents.

So it's not surprising, he was the only Black student in the WHHS's theater department and wasn't afraid to stand his ground, Jarrod remembered.

When the theater department was casting for a stage version of the novel Adventures of Huckleberry Finn, a teacher asked him to play the Black character Jim who traveled with Huck down the Mississippi River during the Southern antebellum period.

"I felt like I deserved more," and he became aware of the "duality" of Black history as told by a white writer or historian. The school called in an actor from the University of Arkansas at Pine Bluff to play the part.

At that time, it was just assumed Blacks play Blacks, Jarrod said.

In 2004, he graduated from Louisiana State University at Baton Rouge with a degree in communication. At that point, he fancied himself more of an actor but later decided a spot behind the camera was a better fit for him.

As many in the South, Jarrod came from a family of storytellers, and he continues the family tradition. Southern has a unique flavor, he said.

Jarrod avoids the cliche Hollywood go-to and much easier to sell one-dimensional portrayals of Blacks selling drugs on the corner, short-skirted hookers or drive-by shootouts.

"Violent, edgy stories and characters from Black culture are more glamorous," Jarrod said, but that's not his goal. "My work focuses on softening the edges of Black masculinity. ... I struggle with the construction of my characters."

His stories delve into the characters, their flaws and motives, who struggle toward a better future, such as in the film "Lesson Before Love" that Jarrod directed more than a decade ago.

This film explores the journey of four singles who are searching for love and for themselves, and is currently available for viewing on Amazon Prime.

Jarrod wants to tell "honest stories, American stories" relying on the Black narrative such as in "King Ester."

It's a stark portrait of a poor, Black trans woman's harsh existence in New Orleans while trying to make it big. It's set in the days leading up to Hurricane Katrina's historic Aug. 23, 2005, landfall.

In a 2019 interview in "Madamenoire," Jarrod described himself, not as an activist but as a storyteller.

"You create space for someone else in a respectful way that honors them, their work and their story," but, he added, it must be "approached from a very humanistic, empathetic standpoint."

Looking back, Jarrod recently admitted that "King Ester" was "a hard story to tell. At that moment, it was my focus."

Whether written or on film, Jarrod said, storytelling is his "sole purpose," adding, "It takes sacrifice and comes with economic insecurity, and it takes commitment to get others to see that your work has value." 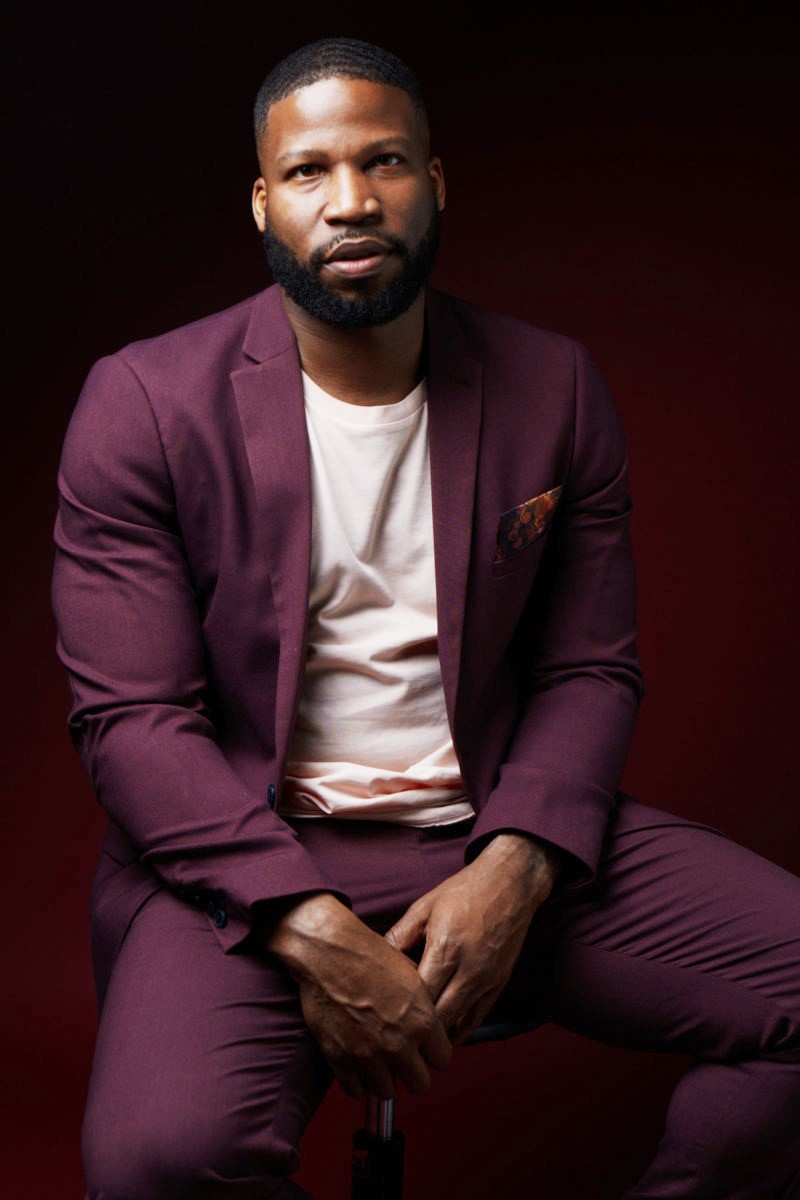 Dui Jarrod, formerly of the Pine Bluff, has four Emmy nominations for his film, "King Ester." Two were for best writing and directing. His latest film, "Last Name Unknown," was selected to be shown at the Catalyst Story Institute’s Catalyst Content Festival. (Special to The Commercial)