‘Find a way to finish': ASU attempting to learn through failure after consecutive narrow defeats 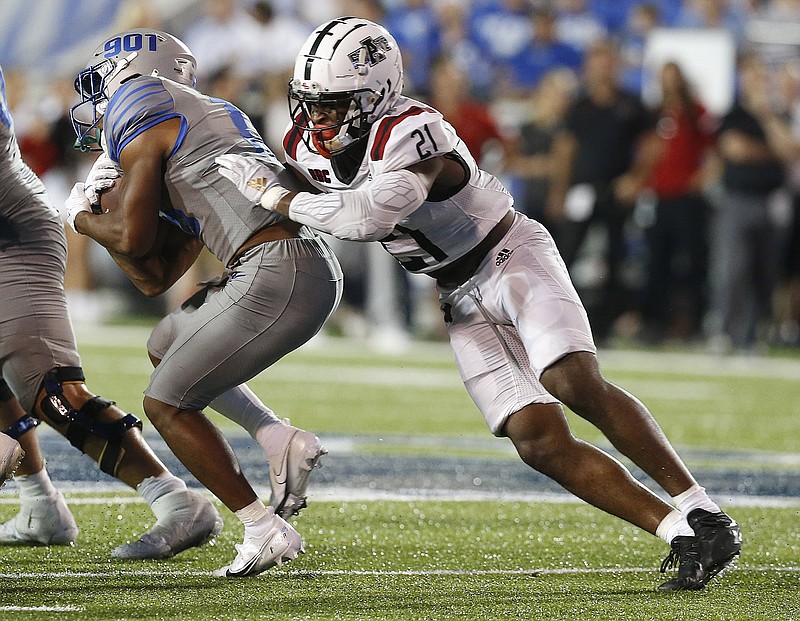 JONESBORO -- Nobody at Arkansas State is afraid to say the obvious: The Red Wolves have to win.

The statement isn't news. ASU wants -- and expects -- to win each week.

With the Red Wolves (1-3, 0-1 Sun Belt) having just two victories in their last 17 Sun Belt Conference games dating to late October 2020, there's a heightened urgency to get that "breakthrough moment," the kind of statement victory that Coach Butch Jones can recall from each of his previous stops.

"We'll execute for three quarters, two quarters, but then once it's time to make a play in the final minutes of the game, we just don't make the play," safety Justin Parks said Tuesday. "That's just something that we've got to do to win this type of game.

"Every game from here on out, it's just going to be competitive."

Jones pointed out that prior to Old Dominion's fourth-down conversion in the fourth quarter that set up the Monarchs' go-ahead touchdown in a 29-26 victory, the entire Red Wolf bench came onto the field to huddle with the defense.

Had ASU not been whistled for pass interference on the play, it would've had an opportunity to see out the last few minutes in Norfolk, Va.

If the Red Wolves are learning how to win -- as Jones has repeatedly said, Tuesday excluded -- then their losses the last two weeks should be instructive in demonstrating some of the mistakes that lead to defeat.

"We've always understood what the standard of play was," quarterback James Blackman said. "We've just got to be living up to that standard because you can see as you watch the film, we're playing good football right now. All we've got to do is find a way to finish."

For a large chunk of the ASU roster, their college experience is limited to the last two-plus seasons -- a stretch in which the Red Wolves have gone 7-20. That means far more losing than winning, so getting over the hump is on veterans like Blackman that much more.

"I found myself getting down sometimes during the game last week," Blackman said. "I can't leave my teammates out to dry because when anything hits the fan, they look at me and see how I react. They feed off me, so I've just got to continue to give out good energy."

Jones likes the progress and the mindset -- just not the end result.

ASU understands that getting those lessons to now translate into on-field results is a matter of growing from failure while also ramping up its level of preparation.

"We're getting close to that defining moment," Jones said. "The thing you have to do is you can't be discouraged. ... Our players have a lot of confidence. They've invested a lot and they know how close they are."