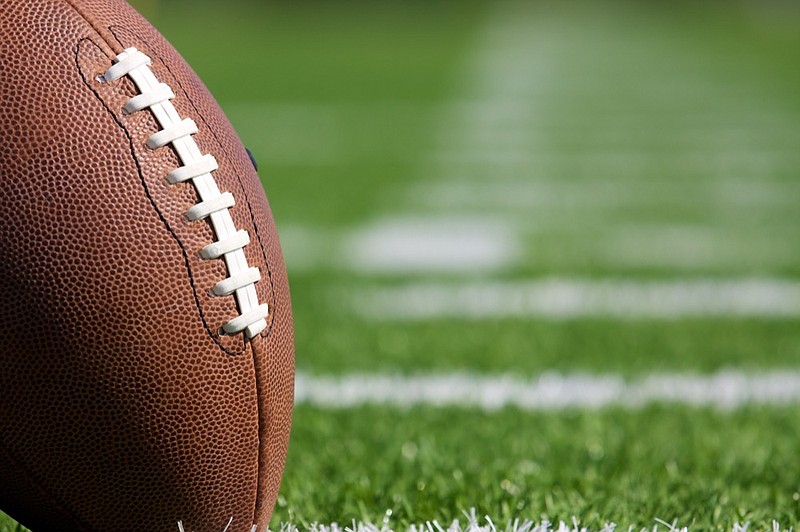 Football on the Field / Getty Images

September's coming to an end, temperatures are finally starting to come down and conference play has just begun in Arkansas high school football.

Last Friday marked the first week with all classifications playing conference games, and it didn't disappoint.

There was a record-setting shootout in Hackett, a last-second win in Batesville and an overtime win in Beebe.

This week is sure to have no shortage of interesting matchups and results, one of those should take place in Conway when North Little Rock comes to town.

North Little Rock (2-2, 1-0) got off to a slow start, losing its first two games. But the Charging Wildcats are riding a two-game winning streak with an overtime victory over Little Rock Parkview and a 53-8 win over Little Rock Central.

The Wampus Cats are scoring 50 points per game this season, scoring 63 in their last game and it all starts with Omolo. The junior has passed for 931 yards and 10 touchdowns so far, mostly sitting the second half of games.

Fayetteville (3-1, 1-0 7A-West) at Rogers (4-0, 1-0) The Mountaineers are the lone 7A-West team that stands undefeated, and they are one of three remaining in Class 7A. ... Rogers is averaging 46.3 points per game. ... Fayetteville presents one of the state's top passing attacks with quarterback Drake Lindsey and wide receivers Kaylon Morris, Lach McKinney and Jaison DeLamar. Fayetteville 38, Rogers 27.

Southside Batesville (3-1, 1-0 5A-East) at Wynne (3-1, 1-0) The top defense in Class 5A is visiting the fourth-highest scoring offense in the classification. ... The Southerners have held opponents to 8.5 points per game with two shutout victories. ... The Yellowjackets are scoring 39.8 points. ... Wynne is playing its first home game since Aug. 26, a 21-10 win over Marion. Wynne 35, Southside Batesville 27.

Pocahontas (3-1, 1-0 4A-3) at Gosnell (4-0, 1-0) Gosnell has won nine of the 16 matchups between these schools since they became conference foes in 2006. ... Pocahontas has won the last three meetings. ... Pocahontas quarterback Connor Baker totalled 111 passing yards, 278 rushing yards and 4 touchdowns on offense in its win over Rivercrest last week. Pocahontas 28, Gosnell 24.

Print Headline: NLR to get good test vs. Conway