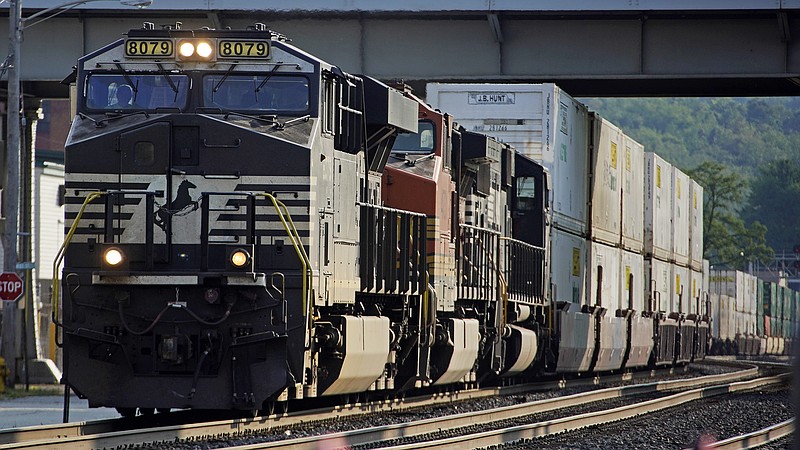 FILE - A Norfolk Southern freight train runs through a crossing on Sept. 14, 2022, in Homestead, Pa. The railroad union that rejected its deal with the nation's freight railroads earlier this month even though it offered 24% raises now has a new tentative agreement, but officials cautioned that the contract dispute won't be fully settled until all 12 rail unions approve their agreements this fall. (AP Photo/Gene J. Puskar, File)

OMAHA, Neb. -- A union that rejected its deal with the nation's freight railroads earlier this month reached a new tentative agreement, but officials cautioned Tuesday that the contract dispute won't be settled until all 12 rail unions approve individual agreements this fall.

The new deal -- with the International Association of Machinists and Aerospace Workers union's District 19 -- includes a 24% pay raise and $5,000 in bonuses that were in the first deal, along with a couple additional benefits including a cap on health insurance expenses and a promise that each railroad will negotiate individually over expense reimbursement.

Andrew Sandberg, assistant president of the district, said he hopes the enhancements will be enough for union members to ratify the agreement. But a nationwide railroad strike remains possible if the union, or any of the 11 others, reject their respective agreements with the railroads.

"I certainly do think that there's a possibility" of a strike, Sandberg said.

If one of the unions does reject their deal, a strike wouldn't immediately happen because the unions have agreed to delay any walkouts until Dec. 9.

So if a deal is voted down, both sides are expected to return to the bargaining table. Congress also is expected to intervene to prevent a strike that would disrupt the flow of goods across all sectors of the economy.

President Joe Biden declared earlier this month that the railroad strike had been averted after members of his administration helped broker last-minute deals for the two largest railroad unions that represent engineers and conductors.

One rail union -- the International Brotherhood of Electrical Workers -- is scheduled to vote on its deal later this week, and two other unions have already approved their deals. But voting by all of the unions won't be completed until mid-November.

Terms of the deals closely follow recommendations that a Biden-appointed special board of arbitrators made this past summer and included raises, annual $1,000 bonuses and an additional paid day of leave.

But workers also have to take on a larger share of their health insurance costs.

The two unions that represent conductors and engineers -- the Brotherhood of Locomotive Engineers and Trainmen and the Transportation Division of the International Association of Sheet Metal, Air, Rail and Transportation Workers -- also negotiated to get three unpaid leave days for medical appointments and a promise that workers won't be penalized if they are hospitalized.

The railroads also agreed to negotiate further with those unions about improving the scheduling of regular days off for workers.

Sandberg said members of his union tend to work more regular schedules than engineers and conductors, who say they are on call 24-7 and have to comply with strict attendance policies, so those unpaid leave days weren't as attractive.

Additionally, the unions that represent conductors and engineers agreed to tight restrictions on paid time off that must be approved 30 days ahead of time and taken only on Tuesdays, Wednesdays or Thursdays.

The railroads also promised the machinists union that they won't force workers to share hotel rooms when they're on the road for work. And the railroads -- which include Norfolk Southern Corp., Union Pacific Corp., BNSF Railway Co., CSX Corp. and Kansas City Southern -- said they would do a joint study with the union about forced overtime and rules on meal breaks during overtime. 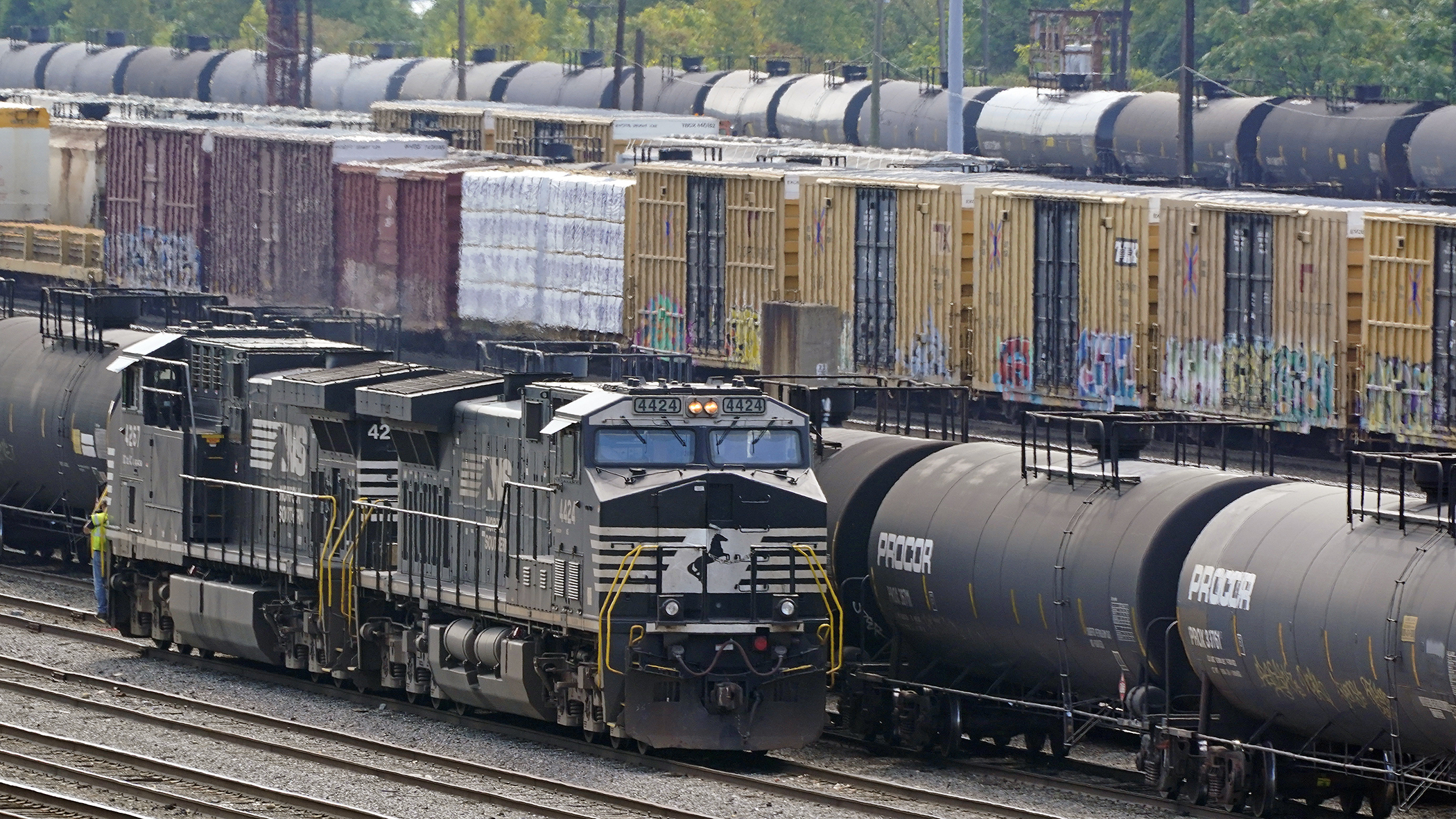 FILE - Norfolk Southern locomotives work in the in the Conway Terminal on Sept. 15, 2022, in Conway, Pa. The railroad union that rejected its deal with the nation's freight railroads earlier this month even though it offered 24% raises now has a new tentative agreement, but officials cautioned that the contract dispute won't be fully settled until all 12 rail unions approve their agreements this fall. (AP Photo/Gene J. Puskar, File)