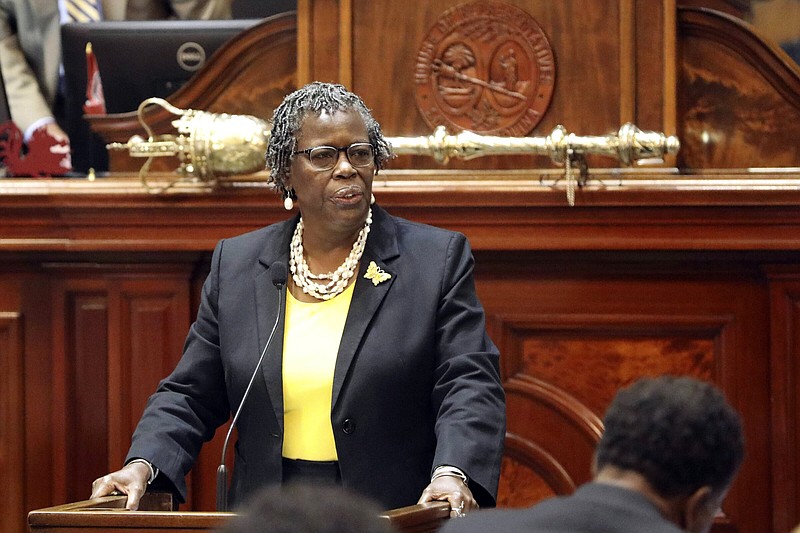 The representatives are insisting on a full ban on abortions. The Senate's three women had joined two other Republicans in voting against a nearly total abortion ban, leaving the chamber short of votes needed to end a potential filibuster.

South Carolina was for decades at the forefront of more restrictive abortion laws that challenged Roe v. Wade before the landmark case was overturned. But lawmakers are at an impasse during a special session.

The Senate could only muster enough votes to tweak South Carolina's current six-week ban -- which isn't in effect because of a state Supreme Court challenge.

The House started its session Tuesday by rejecting a proposal by Democratic Rep. Gilda Cobb-Hunter to have the right to abortion placed before voters in a constitutional amendment.

By rejecting the Senate's bill, it allows a group of three lawmakers from each chamber to work on a compromise between the Senate bill and the House version, which banned almost all abortions with exceptions for rape, incest or to save the mother up to 12 weeks after conception.

The bill before the House keeps the ban on abortion after an ultrasound determines cardiac activity is present in a fetus, which is usually around six weeks.

It cuts the time that victims of rape and incest who become pregnant can seek an abortion from 20 weeks to about 12 weeks, and requires DNA from the aborted fetus in those situations be collected for police. It also clarifies protections for doctors who order an abortion if it is determined a fetus cannot live outside the womb.

"We were called to rewrite the laws of our state," said Rep. John McCravy, the Republican who put together the House's bill.

McCravy had said he plans to join about a dozen other of the House's most conservative members who agree the Senate bill is unacceptable to their promise to protect all life. Nearly all the 124-member chamber's 43 Democrats are against the proposal too, but for different reasons.

Meanwhile, South Carolina's Supreme Court has suspended enforcement of the state's six week ban until it can decide if it violates the state constitution's guarantee of a right to privacy, leaving the 20-week ban passed in 2016 as the current law.

The debate has Republicans sniping at each other. McCravy said Sen. Tom Davis' vision for the state is "forcing teachers to tell 13 year-old children that they can get free contraception without their parents knowing, and killing at least 2,000 babies a year in the womb."

Davis has said that distorts his positions and he thinks if Republicans are going to push for restrictions on abortion they should also improve access to birth control, prenatal care and educational opportunities for children.

Joining Davis in the Senate were the chamber's three Republican women. They said a ban on almost all abortions went too far and were especially upset the bill from the House originally had no exceptions for rape or incest.

"Are you pregnant with a dead baby? Too bad. Raped at 11 by your grandfather and got pregnant? That's just too bad," Sen. Penry Gustafson said earlier this month.

In response, the South Carolina Freedom Caucus, which includes about 12 conservative House members, released a letter last week from its two female members stating so few abortions happen after rape and incest that they weren't relevant.