SWEPCO bills due to rise in October 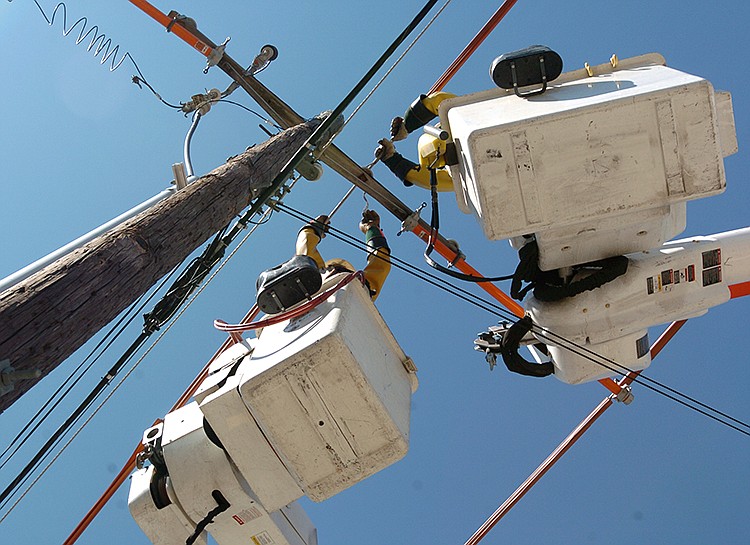 Electric bills for customers of Southwestern Electric Power Co. will go up beginning next month, the company announced Tuesday.

Monthly electric bills for the average residential customer will jump $12.05 for the next six months, beginning in October. The rates automatically go into effect and do not require regulatory approval.

The utility company announced Tuesday the new rate would remain through March 2023.

Spiraling natural gas prices were blamed for the interim increase, which will help the company recover higher-than-expected fuel costs during the summer months.

SWEPCO's increase raises the fuel-factor rate by nearly 74%, from 37 cents to 64 cents. The company serves about 106,000 residential customers in Arkansas, mostly along the western border of the state.

"While we cannot prevent increases in fuel costs, we are continuing our commitment to adding renewable energy to help reduce our reliance on purchasing fuel to generate electricity," Malcolm Smoak, SWEPCO president and chief operating officer said in a statement announcing the increase. "As we increase our generation mix to include more wind and solar energy, we can help offset the cost to purchase fuel and ultimately provide savings to our customers."

Fuel costs, the company said, are passed directly through to customers and do not generate additional profits. Increases will be added to the energy cost recovery rider in customers' bills.

The cost recovery rider is set annually in the spring based on a 12-month market forecast for the cost to purchase fuel to generate electricity. SWEPCO can request adjustments if the fuel cost is significantly higher or lower than the annual rate set for customers. Natural gas accounts for 39% of SWEPCO's generation mix.

"I am frustrated by the impact that high natural gas prices are having on both electric and natural gas bills," Thomas said at the time. "It is going to be bad this winter when the first bills come out after the home heating season begins."

SWEPCO is owned by Ohio-based American Electric Power, which provides electricity to more than 543,000 customers in Arkansas, Louisiana and Texas.

Print Headline: SWEPCO bills due to rise in October