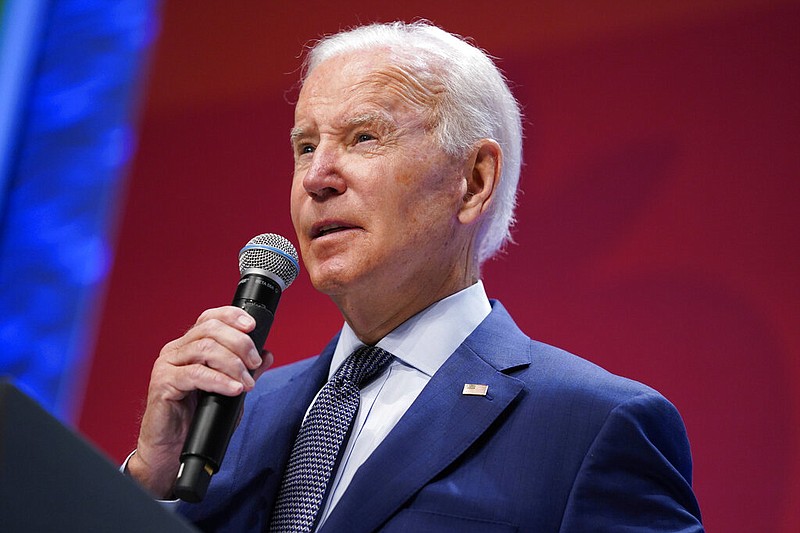 Arkansas and five other states are suing the Biden Administration over its plan to cancel some debt for those who took out loans to attend college, Arkansas Attorney General Leslie Rutledge announced Thursday.

The lawsuit, filed Thursday in the U.S. District Court for the Eastern District of Missouri, alleges President Joe Biden violated federal law and exceeded his constitutional authority by issuing an executive order to cancel student debt for some borrowers.

“President Biden’s unlawful political play puts the self-wrought college-loan debt on the backs of millions of hardworking Americans who are struggling to pay their utility bills and home loans in the midst of Biden’s inflation,” Rutledge said in a statement. “President Biden does not have the power to arbitrarily erase the college debt of adults who chose to take out those loans.”

Biden’s student loan debt cancellation is only open to individuals making less than $125,000 a year or $250,000 a year for households.

Biden’s announcement drew unified criticism from Republican lawmakers in Congress who said Biden did not have the power to issue an executive order to cancel student loan debt. Biden said economic challenges from the covid-19 pandemic created a need to provide relief for those with student loan debt.

Arkansas joins Iowa, Kansas, Missouri, Nebraska and South Carolina in the lawsuit against the Biden administration.