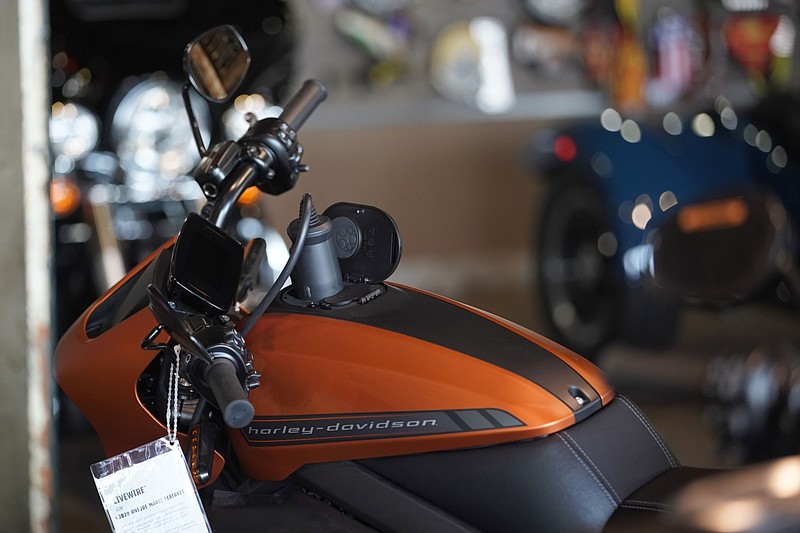 A charger is plugged into a LiveWire electric motorcycle at a Harley-Davidson showroom and repair shop in Lindon, Utah, on April 19, 2021. MUST CREDIT: Bloomberg photo by George Frey

LiveWire Group Inc., the electric motorcycle division of Harley-Davidson Inc., raised less than planned and was valued below expectations in a lackluster trading debut.

The company, which went public through a combination with a blank-check firm, brought in $295 million in net proceeds through the listing, a spokesperson said Tuesday, far short of the $545 million anticipated when the deal was announced in December.

The loss-making electric vehicle business merged with AEA-Bridges Impact Corp., a special purpose acquisition company, to help fund its business plan until it breaks even in 2026. But in the nine months since the deal was announced, investors have shied away from blank-check transactions and the broader market has declined.

LiveWire began trading on the New York Stock Exchange under the ticker LVWR. Harley has said it would retain a 74% stake in the company.