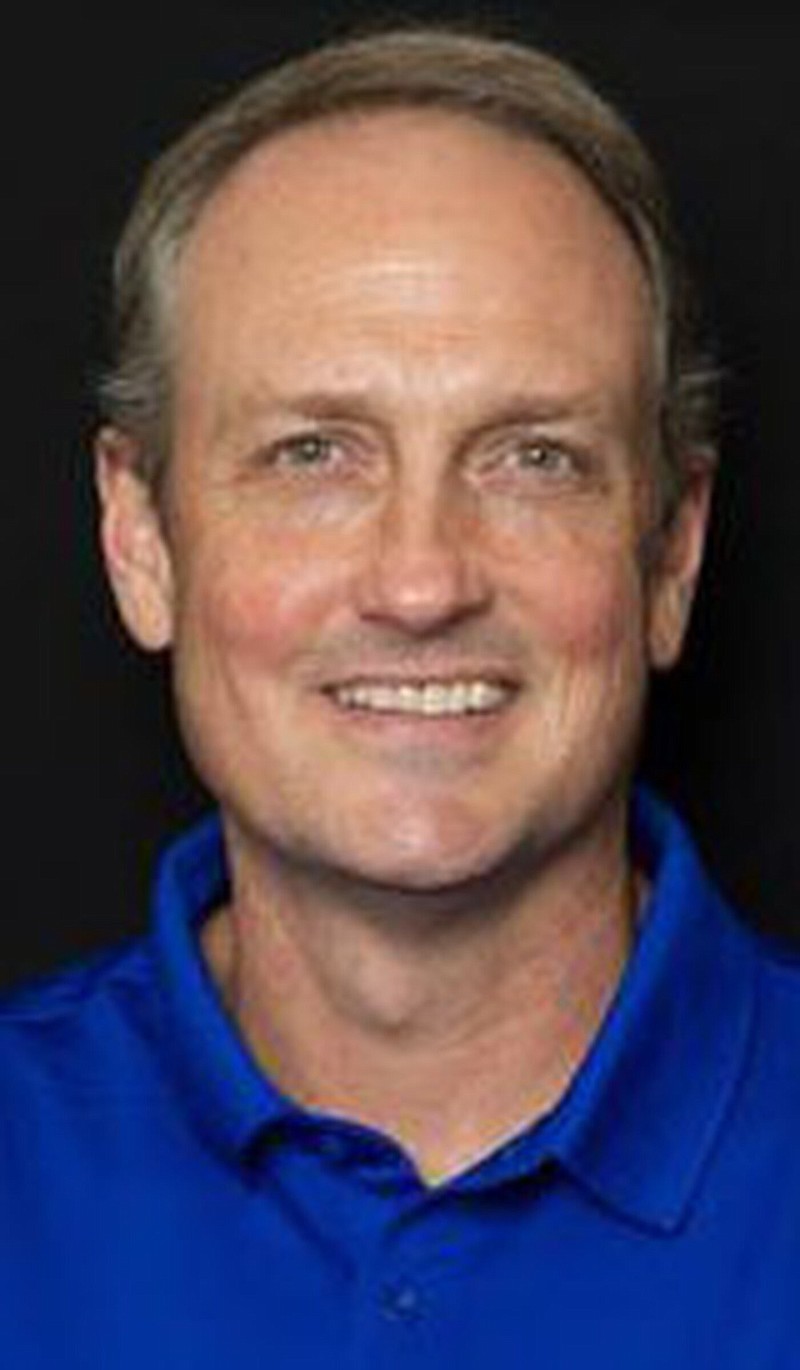 During a season where week-to-week improvement is of the utmost importance for Southern Arkansas, sustainability is one thing first-year Coach Brad Smiley has branded as a certain must for his Muleriders.

"Coming off the Harding game, our kids played pretty well," he said of his team's 37-17 defeat on Sept. 17. "There were two things that we thought was the difference in that ballgame, and they were third downs and the red zone.

Incidentally, all four of the Muleriders' touchdowns in the game came on third down.

"Our offense was good again on third downs, and we capitalized whenever we were deep in [Henderson State] territory," Smiley said. "And then defensively, we held them to just 30% on third downs and 1 of 3 in the red zone. So those were two big points of emphasis that I thought we did a very good job of handling, which led us to picking up a big win."

Ouachita Baptist was getting plenty of love nationally before last week's victory over Harding, but the Tigers are receiving even more after the fact.

The Tigers moved up three spots to No. 6 in the American Football Coaches Association's NCAA Division II top 25 following their 21-13 win over the Bisons in Arkadelphia. Ouachita Baptist (4-0, 4-0), which has been ranked for 43 straight weeks in that poll, is also rated No. 6 by D2Football.com as well as No. 5 in the power rankings.

"I'm very, very proud of them," Ouachita Baptist Coach Todd Knight said following his team's win over Harding. "This is a big win for us this year really because it's the one we played [Saturday]. Next week will be even bigger."

Next week has arrived for the Tigers, who are set to hit the road to face winless Northwestern Oklahoma State (0-4, 0-4) on Saturday. But the accolades kept coming for Ouachita Baptist.

Upon being named the Great American Conference's Defensive Player of the Week on Monday after a career-high 21-tackle outing, sophomore linebacker Jax Miller was later tabbed the D2Football.com National Defensive Player of the Week. Also, senior offensive lineman Peyton Stafford, a 2021 All-American, was named as a semifinalist for the William V. Campbell Trophy, which goes to the college football player with the most outstanding combination of academics, community service and on-field performance.

The University of Arkansas at Monticello (3-1, 3-1) is starting to garner a reputation across the conference.

The Boll Weevils picked off five passes last week against Arkansas Tech to push its season total to 11, which is the most in NCAA Division II. They also have two interception returns for touchdowns.

"It's all about consistency," UAM Coach Hud Jackson said. "We're not going to sit here and claim that we have a front four that's just dominating, but they've caused enough issues to force the quarterbacks we've played to make some bad decisions. And on the back half, we feel like we've got some guys that are just really smart, understand coverages and are in the right place at the right time."

Defensive backs Kaytron Allen, who has four interceptions on the season, and DeQuan Street each had two picks against the Wonder Boys. Allen, a 6-1 junior, also has four pass break-ups, which is second on the team behind the five that fellow cornerback Greg Hooks has.

While his secondary has been formidable over the first half of the season, Jackson's also happy with what his linebackers have done.

"The experience at that position is low because there's not of lot of years playing games between those guys," he said. "But that group has played very well, too. I think the back half will tell you that if they don't have people pressuring the quarterback, then they're not in the position they're in."

Arkansas Tech didn't endure much pushback when it came to scoring three weeks ago in a 35-13 pummeling of East Central (Okla.).

Since then, it's been tough sledding.

The Wonder Boys, who had touchdowns on five of their past 11 possessions in the victory over East Central, have scored on just four of their past 23 drives during back-to-back losses to Ouachita Baptist (63-14) on Sept. 17 and the University of Arkansas at Monticello (35-14) on Sept. 24.

Lengthy scoring droughts were plentiful in both games for Arkansas Tech (1-3, 1-3). After scoring on its very first series against Ouachita Baptist, the Wonder Boys didn't get any points on nine consecutive possessions until they notched a touchdown early in the fourth quarter after the game was well out of reach.

Against UAM, Arkansas Tech had touchdowns on two straight trips in the second quarter that enabled it to forge a 14-14 tie at halftime. But the Wonder Boys didn't score on either of its six possessions after intermission.

Arkansas Tech may not get as many scoring chances in its upcoming showdown with Southern Nazarene (1-3, 1-3). The Crimson Storm are second in the Great American Conference in time of possession.

A rough second half didn't do Harding any favors during its loss to Ouachita Baptist.

Seventy-five yards of offense stymied the Bisons' chances, but for Harding Coach Paul Simmons, all isn't lost -- not by a long shot.

"I promise you, we're nowhere near our ceiling," he said. "We're going to go back and go to work."

The setback dropped Harding (3-1, 3-1) to No. 16 in the NCAA Division II Top 25 going into a home matchup with Oklahoma Baptist (1-3, 1-3), a team it's never lost to. Simmons said he isn't going to allow his team to look past the game, however, not with other battles looming in a conference that appears to be stronger than it was a year ago.

He's also not going to let the defeat to Ouachita Baptist derail the other goals the Bisons set for themselves prior to season. Plus, he liked a lot of what his team was able to do last week.

"I'm always pleased with our effort," he said. "Our kids are unbelievable, and they battled. We just didn't make enough plays when we had a chance, but we'll be back."

Harding received a bout of good news Wednesday when senior defensive back Grant Fitzhugh was named a semifinalist for the William V. Campbell trophy.

Henderson State did a lot of things right and wrong against Southern Arkansas.

Unfortunately, those wrongs didn't have the Reddies on the right side of the scoreboard by the time the final buzzer sounded.

Despite outgaining SAU by more than 100 yards, accumulating more first downs (24-21), winning the turnover battle (2-1) and possessing a nearly three-minute edge in time of possession, Henderson State (3-1, 3-1) still came out on the short end of things.

If there was one area that paid a huge role in costing the Reddies a chance at remaining undefeated, it was third-down efficiency. Henderson State was just 3 of 10 on those plays, including 1 of 4 in the second half.

The Reddies, who also had a botched punt that led to the Muleriders' go-ahead score in the fourth, did have an opportunity to perhaps win the game on its final possession but saw the drive stall at the SAU 20 on fourth down.

GAC Game of the Week

WHEN 2 p.m. Saturday WHERE Carpenter-Haygood Stadium, Arkadelphia WHY THE INTRIGUE Both teams are coming off somewhat surprising losses a week ago, especially Southeastern State Oklahoma. While Henderson State suffered a 28-24 road ambush to a Southern Arkansas team that’s been impressive under new Coach Brad Smiley, Southeastern Oklahoma State was shocked at home 45-34 by Southern Nazarene, which had had lost seven consecutive games dating to 2021 and 19 of its past 20 since 2019. A loss on the Reddies’ home field would all but end the Savage Storm’s chances at a conference title. Henderson State can keep its league championship hopes alive with a win.

KEY PLAYER TO WATCH FOR SOUTHEASTERN STATE OKLAHOMA Defensive end Maalik Hall, who’s picked up where he left off in 2021 when he was named the GAC Defensive Player of the Year. He had 17 tackles last week against Southern Nazarene and has recorded 42 total, which is the most in the league. He’s also second in the conference in tackles for losses (6) and sixth in sacks (3). The senior had nine tackles in last year’s meeting with Henderson State.

KEY PLAYER TO WATCH FOR HENDERSON STATE Quarterback Andrew Edwards, who continues to play well after being inserted into the starting lineup. He’s completed 67.1% (51 of 76) of his passes and thrown for 10 touchdowns in 3 games. Edwards had 331 yards passing and 3 touchdowns in the four-point defeat to Southern Arkansas but may need another such outing like that one to keep the Reddies from dropping a second straight game. 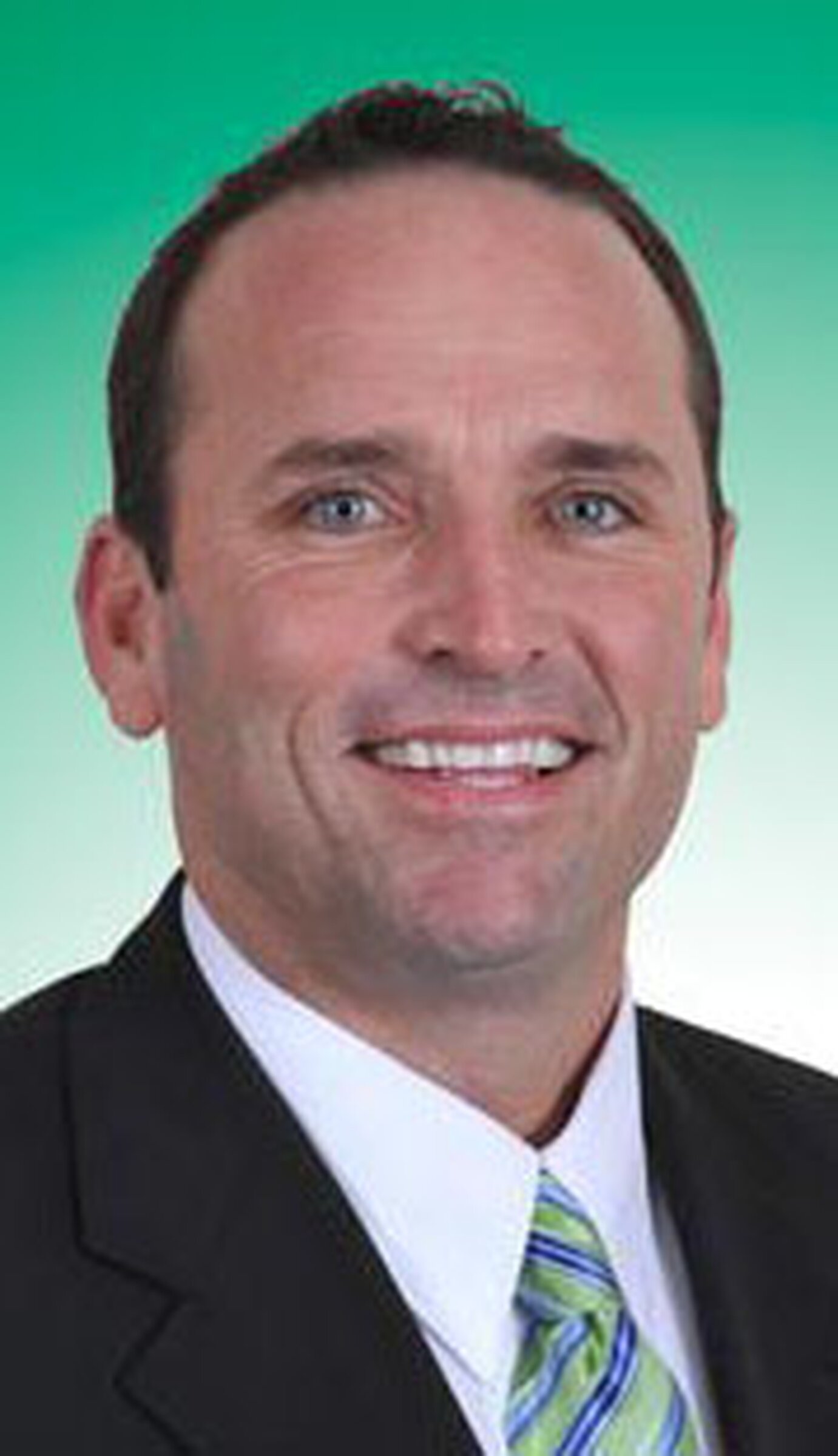