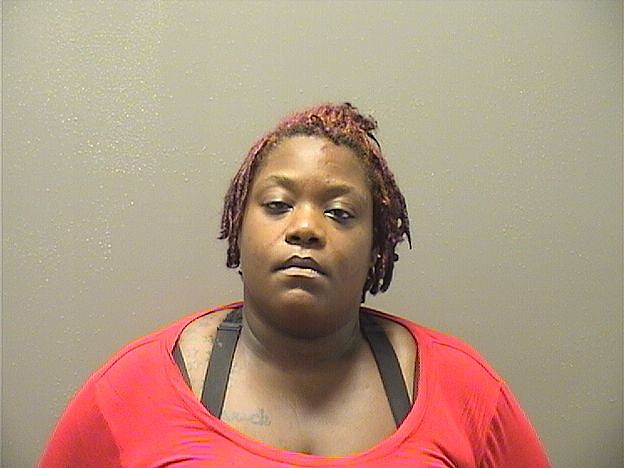 HOT SPRINGS -- A Malvern woman was arrested on a felony warrant Tuesday stemming from allegations she lied about the identity of a suspect in the theft of a car from a Hot Springs business in February.

Brooklyn Florence Guinn, 40, was taken into custody shortly after 11:30 a.m. in the 4700 block of Malvern Road and charged with hindering apprehension or prosecution, a felony punishable by up to 10 years in prison.

She remained in custody Wednesday in lieu of a $3,500 bond and is set to appear on Oct. 13 in Garland County District Court. According to court records, she was convicted in July 2020 in Hot Spring County of multiple counts of felony forgery and sentenced to 10 years in prison, with all of it suspended.

According to the probable cause affidavit, on Feb. 7, shortly before 2:30 p.m., an employee of Hertz Rentals reported that a 2021 Chrysler Voyager minivan, valued at $43,000, had been stolen from their lot at Hot Springs Memorial Field, 525 Airport Road.

On security video, a black Chevrolet SUV can be seen arriving in front of the airport, driven by a woman later reportedly identified as Guinn. A second woman exits the vehicle, enters the airport, "unlawfully removes the keys for the Voyager," and then returns to the SUV.

Then the woman proceeds to the Voyager, gets in and drives away with Guinn following in the SUV, the affidavit said.

Hot Springs police Detective Matthew Cheatham contacted Guinn by phone and she allegedly gave him the name of a woman she said was the passenger she dropped off that day. She reportedly said she didn't know the Voyager was stolen. After comparing photos of the woman Guinn named to the video, Cheatham determined "it was obviously not her."

He attempted to set up an interview with Guinn but she didn't show up. He contacted her again later and she told him "she had gotten busy." She also told him she thought the woman she named "was not the actor now."

A warrant for Guinn's arrest was later issued.