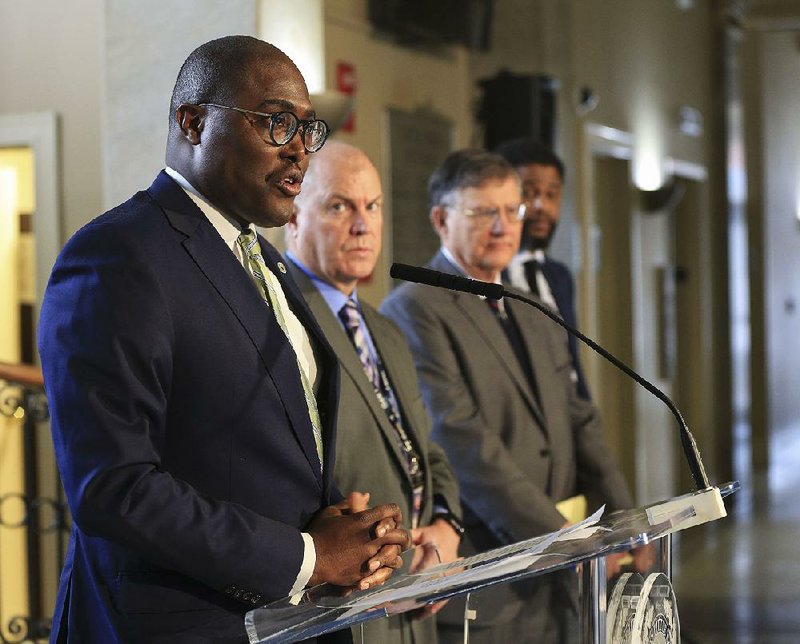 "Alex is an asset to all of us at City Hall," Scott said in a statement provided by Sadler. "I value his legal expertise and trusted counsel, and I'm grateful for his willingness to take over the FOIA Division. I'm glad he will stay on until the end of the year, and I'm excited about the new opportunity for public service that awaits him."

When asked when Betton's last day will be, officials could not immediately provide an exact date.

Betton was named chief deputy city attorney in February 2019 after an interim period spent in the same role following the departure of longtime Little Rock employee Bill Mann, who now works for the Arkansas Municipal League.

He previously served as an assistant city attorney from 2010 to 2012, then left for the prosecuting attorney's office of the 6th Judicial District, which covers Pulaski and Perry counties, according to Betton's LinkedIn page.

An email requesting comment that was sent to Betton as well as Little Rock City Attorney Tom Carpenter was not returned Thursday.

Betton's resignation was first reported by Mitch McCoy of KARK.

As a result of a records-act overhaul Scott announced on Aug. 9, the city's open-records division was removed from the Department of Human Resources and Betton was placed in charge.

News of Betton's forthcoming departure broke two days after members of the Little Rock Board of Directors spent two hours in executive session to discuss what Scott called "a personnel issue that requires immediate attention."

City board members exercise direct oversight over just two employees, the city manager and city attorney. Carpenter on Wednesday confirmed that he was present during the executive session the day before.

Betton's resignation also comes as the city is dealing with issues on several fronts related to open-records compliance.

A little more than two weeks after Scott announced the records-act overhaul, Prosecuting Attorney Larry Jegley of the 6th Judicial District issued a letter to the city that asked officials to "fully comply" with two records requests submitted by a Conway man or provide an alternative explanation.

Carpenter later told Jegley that the city's responses to the requestor, Jimmie Cavin, were complete.

Last week, Matthew Campbell, a local attorney who authors the "Blue Hog Report" blog, filed a records-act complaint against Little Rock in which Campbell claimed he was never provided records in response to three requests he submitted earlier this month.

Additionally, on Wednesday, Campbell shared to Twitter a copy of an email he received from Carpenter in which Carpenter told Betton that an "IT pull" had revealed "numerous documents" pertaining to a coming city festival were deleted.

The first-ever festival, dubbed LITFest, has been scheduled for Oct. 7-9.

Events are being produced in partnership with an outside public affairs firm that employs Charles Blake, Scott's former chief of staff.